If you’re confuse to choose between a 5400 RPM vs 7200 RPM hard drives, in this article, we’ll discuss the difference between the two drives and when you should get each one.

I know that 5400RPM is efficient and more reliable than 7200. But the same drive is slower or should be slower… With all discussion on the lastest Solid State Drives and the drive transfer speeds they offer. It is quite easy to check the time-honored, platter-based hard drive. But make sure that there is still no good option when it comes to storage than going with the older hard drive.

After the advances in tech, the platter-based hard drives are the feasible data storage devices. Also, it might be difficult to understand, today’s 5400RPM drives are very faster than 7200RPM drives from just a few years ago. Why? because their spin speed is not the single factor on platter-based hard drive performance. After the arrival of PMR, the areal density is increased or enhance, and head movement is quicker due to the distance to data points is shorter. 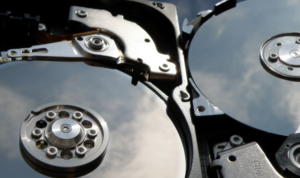 As we know that the HDD is composed of parts such as read-write heads, platters, a motor spindle, etc. However, the platters are attached to the motor spindle in parallel and the platter’s storage surface is equipped with the magnetic head.

Therefore, in HDDs, the RPM is that of the motor spindle which stands for the max number of revolutions that the platters can complete within one minute. 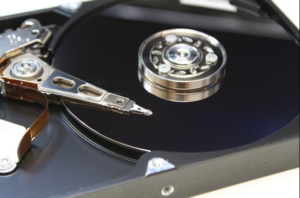 However, the gap between the 5400 RPM and 7200 RPM hard drives is not significant in terms of ordered read and write capabilities. The thing that reflects the performance gap between both of them is the random write or read capabilities. However, it affects the speed of ‘read/write’ for fragmented programs or files startup speed.

If we talk about the advantages of 5400 RPM hard drives’ then it is low energy consumption, low noise, low heat production, and longer lifeline.

Higher rotation speed can reduce the average rotation latency time and the exact read and write time of the hard disk. Not just this but it also brings -ve effects like an increase in temperature, working noise, motor spindle wear, etc.

Similarly, if many other factors remain unchanged, then the increasing rotation speed means that the consumption of power of the motor will also enhance. However, it consumed more electricity per unit time, and the battery working time will be limited.

What Do You Know About Areal Density?

Areal density is the total amount of data that can be wrapped onto each platter of the hard drive. So, the higher the density, the more data. When the hard drive is faster then the data is more compact. However, the faster the drive mechanisms can get from bit to bit to read and write data. Also, it can be expressed in Gigabits per square inch (Gb/in2). For example, the duty of the two people is to deliver newspapers. They both have the same amount of papers and on bicycles they doing their deliveries.

But one has a route that is rural with many farms between each house. The other is delivering a newspaper in an area where each house is built right next to each other. Who will complete delivery first? Of course, the second one.

All electronic data split ones or zeros. Switch on, or off. Saving that data long term begins with punch cards. Also, the card section either had a hole punched in it (highlighting a “zero”) or it didn’t (highlighting a “one”). Lots of cards were required to achieve the easiest of tasks. However, we’ve advanced through other procedures in which to save data – mainly using small magnetic particles lined up on some sort of media (whether be tape, cassette, drums, floppy disks, CDs, DVDs, etc.)

Suppose each piece of data is a tiny domino tile. One end is +ve and the other is -ve. It depends on the way the tile face determines that 0 or 1. For years, the manufacturers of hard drive used a longitudinal arrangement of dominos lined up all over the platters.

Now after the advanced technology, the hard drive manufacturers stand each of those dominoes on end – enabling for a higher density. If we take the example, it would be like marking every dominos on one end instead of the face of the tile. Stacking this way enables lots of dominoes to adjust to the table. This also decreases the distance from one data point to the other, which means a quicker drive.

PMR HDD is also known as CMR (Conventional Magnetic Recording) HDD. It adopts the PMR technology, making the direction of magnetization data bit perpendicular to the platters so as to enhance the density of areal. In CMR (PMR), the write tracks are attached closely merge but don’t overlap.

In PMR mode, the write head width checks the total number of tracks on the platters. So, if HDD suppliers want to enhance the density of magnetic recording, they will limit the size of the write head to the physical limit when it is possible.

However, because of physical limitations, the track width can only be decreased to some extent.

If you want to continuously increase the storage space per disk, SMR (Shingled Magnetic Recording) comes out. As it can be view as an extension of PMR technology. But besides CMR (conventional PMR), which does not let the tracks to overlap each other. Aslo, SMR writes the latest tracks that overlap part of the earlier written magnetic track. As it leaves the earlier track narrower and enabling for higher track density.

As the name suggests the read head can read data from the uncovered part of the track. But when you randomly write or overwrite data the writing process becomes slower. Since writing to one track can overwrite other tracks, and require them to be rewritten as well (because a portion of the earlier written magnetic track is overlapped).

However, if your hard drive is an SMR HDD, you can use it to archive files, but I advise you not to execute the program or system on it, or you can do other write operations on it. 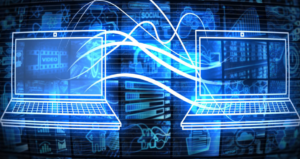 If you want to migrate your PC operating system to a 5400 RPM or 7200 RPM hard drive. Then you can do this by the goodness of Migrate OS to SSD/HD feature of MiniTool Partition Wizard.

Tap the above link to install MiniTool Partition Wizard. Then, launch this tool and then tap on Migrate OS to SSD/HDD in the toolbar.

Select the right procedure to migrate the PC disk and tap Next.

Then select a target disk to migrate Windows 10 and tap Next. Then, a warning window will appear. Read it and then tap Yes.

Select the right copy options and then adjust the target disk layout, and then tap Next.

Simply read the note and then tap Finish. You can then tap Apply on the toolbar to run the pending or awaiting operations.

The tool will ask for a reboot. Simply tap Restart Now. Input the firmware to configure the BIOS setting when completed.

Here’s all about “5400 vs 7200 RPM Hard Drive”. While maximizing the performance of your PC computer, you don’t need to be bound by older storage technologies or performance criteria. Rather than, allow solid-state hybrid drives to take your digital lifestyle to the upper level.