Do you want to play Apple TV Games? If yes, then you are in the right place. Apple TV not only streams Amazon Prime, Netflix, but also it comes with some stunning utility apps. Also, you can play lots of games on your Apple TV. With lots of titles to select from, it can just get a little overwhelming to check a perfect game. So, in this guide, we’ll discuss some of our favorite Apple TV games that you can play for free. 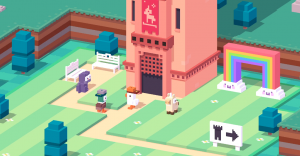 The game originated as a joke on ‘Why did the chicken cross the road’ joke and change into the most popular games on Apple TV. The objective is very easy or simple, you, as a chicken can cross the road full of oncoming traffic and not die.

Spin Sports is a multi-player arcade-style game that enables you to play with six people. Now, this might sound weird but every player can control their character using one button. However, the other two players share the same remote and other players can attach with a Mfi controller, this makes the game more fun.

I am a big fan of racing games. Nowadays the games have become so good in terms of controllers or Graphics that Asphalt 8 only deserves a spot for just that. The game also challenges you to perform high-speed aerial stunts or dynamic in an intense driving experience powered by a physics engine. All you need to do is to hit the ramps, taking the race upward whenever you perform wild 360-degree jumps or barrel rolls.

Into the Dead is an FPS with amazing visuals and the best gameplay for a mobile game. Also, it comes with metal support so rest assured your app doesn’t have a hitch working with the Apple TV. The major objective is to stay alive and destroy zombies in an apocalyptic world. You gain rewards or XP when you level up the game or you can buy extra stuff with in-app purchases.

Install Into the dead (free)

Modern Combat 5 is a fast-paced single-player FPS. It offers a campaign along with a brilliant multiplayer action. You can also select from various specialist classes, and unlock amazing weaponry. The single-player campaign takes you from Venice to Tokyo. Well, MC5 is an amazing bundle of high-end graphics with the best story and a lasting adrenaline rush.

Hit Tennis is an amazing digital Tennis game that you can play on your Apple TV. You can also battle opponents in 24 various tournaments in fun locations across the world. However, the app works with Siri Remote and works quite similarly to the Wii remote. Also, it utilizes Siri remote sensors. It means that you can hit the ball back and forth and also modify the angle of your shot that is based on how you swing the Siri remote. 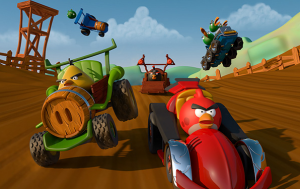 Downhill racing has come to Piggy Island, and this time Angry Birds are in on the action. You can Tear down the track at breakneck speeds in Angry Birds Go, quite a  thrilling race to the finish this one. You can unlock karts or characters, challenging your loved ones, and foes alike on the global leaderboards and has local multiplayer gaming. It’s just like Mario Kart but with birds.

The game is the official Lego Batman game made by Warner Brothers. It might look like a shameless endless runner with Batman in it. But actually its quite good. The enjoyable element is the beatboxing mechanic every time you crash. You want to time the notes to m move back to the main game, which is as Lego Batman as it can get. It really moves into the spirit of the movie and changes into an interesting gameplay.

RA is the Ubisoft’s Mario if you will, its no contender or opponent for something like Rayman Legends. Rayman Adventures is an amazing yet challenging platformer just like its big brother legends. It has more than 100 levels even though there might be some repetition. 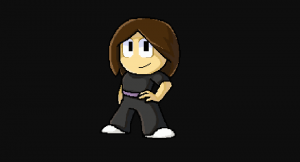 Dan the Man is an amazing arcade game that symbolizes the retro classics. Don’t allow the pixelated animation and old school graphics fool you. It’s an amazing fun game with an inappropriate(at times) hero trying to save the globe. The gameplay provides a lighthearted storyline where you can level up or beat up various bosses. Whenever you level up your arsenal expands or fights skills improve. You can also play the endless mode, story mode, and the boss mode which are all exciting but I prefer the story mode.

I have mentioned the most popular games from every Genre and you can then try all of these games when you’re with your family and want a fun activity. Games such as Crossy Road, Angry Birds Go, PacMan is more fun with friends, however, MC5, Lara Croft, and Lego Batman are many intensive games. Let us know which games are your favorite?