The term “keyboard ghosting” is less scary than it sounds. Besides this, it can also “haunt” some keyboard users and cause unexpected results. You’ll find lots of anti-ghosting keyboards on the market to fix the issue, but the question remains the same: what do you know about ghosting, and why should you care about it? 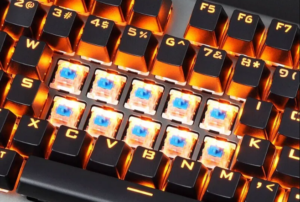 Keyboard ghosting is when a keyboard can’t register a key being hit even though the user pressed it perfectly. This is because the keyboard’s developers trying to keep costs down after using cheaper parts.

After typing on a keyboard like normal, you might not suffer from keyboard ghosting. Very rarely do you hold down more than three keys simultaneously which some keyboards today can support? Also, if you use your keyboard to do work or post on social media, ghosting might never be a problem.

Things modify in a gaming environment, however. Let’s take an example: if someone is playing a game of the first-person shooter online and using 3 keys supported keyboard. They’re fighting across a battlefield. It means that holding down W to move forward and Shift to turn the walk into a run. Currently, they’re using two of the three keys in their “budget” just by going forward!

They can then find an enemy ahead, so they hold down the Ctrl key to move below. Now we have hold W, Shift, and Ctrl keys. It means the budget of keyboards is filled up.

If the same player suddenly checks a landmine ahead of them and instantly hit Space to jump over it, then this SPACE keypress is “over budget.” So, the keyboard can’t register SPACE hit. Or the player move right into the landmine – much to their irritation!

So if you’re in the market to buy a new keyboard and don’t want ghosting to occur, then what can you do? 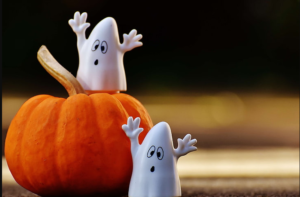 Initially, take a brief look for “anti-ghosting” keyboards. These keyboards typically list the total number of keys on the keyboard that support this feature, like “25-key anti-ghosting.” This can’t cover the whole keyboard for anti-ghosting, but it’ll target keys individually that tend to be held down with other keys.

Another choice is to look for keyboards built that support few numbers of keys pressed. These keyboards are advertised by using the term “[number]-key rollover.” For instance, a keyboard that allows you to hold down 4 keys simultaneously is known as a 4-key rollover keyboard.

The best of all keyboard are n-key rollovers. This term n-key has nothing to do with the “N” key present on the keyboard. Rather than, it’s the mathematical letter for a set of numbers that go infinite. This is an accurate name, as an n-key rollover keyboard has no upper key limit. However, every single keypress is separately registered, which means no ghosting occurs at all!

Keyboard ghosting can’t affect everyone, but those who are affected, it can be the main irritation. If you want an anti-ghosting keyboard then you should prioritize n-key rollover keyboards to remove the problem.

Here’s all about “Keyboard Ghosting”. Are you also affected by keyboard ghosting? If yes, share your experience with us. Also,  If you are facing any issue then let us know. If you think that it is helpful then do let us know your suggestions in the comment section below.