We all hope that the iPhone 11 will be presented in just a few weeks and it seemed that the final design was quite clear, very similar to the current iPhone XS but with three cameras on the back. However, now a well-known filter has just assured that the design of the iPhone 11 will not resemble what we have seen so far.

It is a cake by Eldar Murtazin, a well-known filter, and analyst who has repeatedly revealed some news related to Apple, although in recent years he has not shared so much information. According to Eldar, the iPhone 11 will not look anything like leaks. 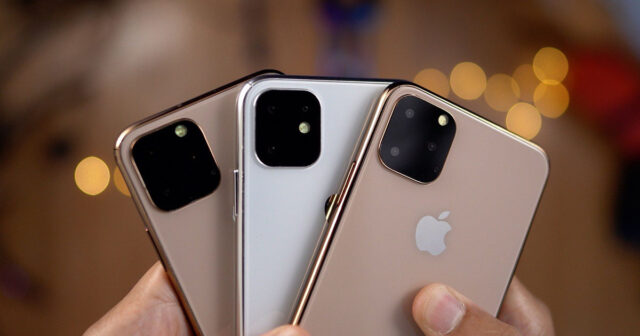 Could Apple have kept the iPhone 11 in secret?

A few weeks after its official presentation, now Eldar Murtazin says that the iPhone 11 will not be as we all believe.

“ The new iPhone are completely different from all these images. They will have glass as in the Moto Z4, it looks quite interesting. Oh, and there will be a couple more surprises in the design. Outwardly they will be different from the current iPhone, but most use a case “

Another well-known filter, Ben Geskin, has asked Eldar if the iPhone 11 will be different from what we have seen to confirm the information and the response has been direct: ” They are not like that at all. ”

It would be a surprise that Apple had managed to deceive all the filters so far with a fake design of the new iPhone. However, this information must be taken with great caution, it is not very likely that the design is very different from what we have already seen.

The leaks are something really difficult to control, Apple knows it well, and during the last months, we have been seeing step by step leaks of different media that fit perfectly with each other. But you never know.