Best Android Emulator: Android is no doubt a powerful OS. It offers a complete package for Android along with the possibilities of in-depth access to your mobile device. You can also install third-party Apps, modify UI, tweak the look and feel of the phone by means of good customization offered by the Android OS. These customizations are generally needed in its counterpart iOS. However, the open-source nature of the Android OS made it the most popular mobile software. And this leads to the development of many Android-based emulators for PC.

You can also run the Android ecosystem on the Windows and Mac PC for free using emulators. The responsiveness and ease of using the mobile Apps on the emulator depend on your system requirements. Also, a good PC with modern hardware could run high-end Android games on PC.

Today in this guide I will list some of the best Android emulators for your PC to run Android Apps and Games on your Windows 7,8,10 and Mac PC for free.

What is an Emulator?

An emulator is a software that allows one PC to behave like another PC system. For running Android Apps on PC, the emulator act as an Android system that can be installed on Windows. Also, the Apps from Store are installed on the emulator. So, without much ado let start the list of top best simulators for Windows and Mac.

Here are the Best Android Emulators for PC on Windows and Mac to run Android Apps on PC. 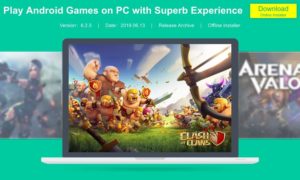 MEmu is the most popular Android Emulator for Windows PC. However, It can play high-end games on PC if the system has the minimum system requirement for the MEmu Players for smooth working. However, the emulator also offers good features that make the gameplay quite easy on PC. MEmu enables high keyboard mapping customization making it quite easy for Android gaming control needs. The emulator can allow virtualization for your PC and it also provides great performance for dedicated graphics. The good thing about the emulator is it is compatible with Nvidia, Intel, and AMD powered Windows.

However, MEmu is preloaded with the Google Play Store. So just browse and install the Apps on your computer easily. Also, it associates with the APK files on your Windows Storage. When you double-tap the file, the emulator will prompt you to install the App. The developers at MEmu regularly launch the updates to add more features and resolve any issues with the App. The software helps in the deep integration of the mouse and keyboard to play the games perfectly. 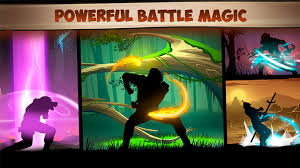 Gameloop si another Android emulator for PC. It is general in purpose and is designed to simulate Android experience on the PC. But Gaming Buddy by Tencent created the emulator specifically catered towards mobile gaming on PC. Also, Gaming Buddy can handle high-end games. Being a gaming emulator you can expect it to be highly optimized to run low-end Windows PC.

With TGB you can’t get the feel of the original Android UI as in case of other emulators. The interface is quite simple with controls, settings, installed Apps and some more settings towards enhancing the gaming experience.  The emulator is very small in size as compared to its counterparts. Tencent Gaming Buddy is a gaming emulator for Windows which is designed to run games.

The TGB allows users to install and play Android Apps and Games on the Windows PC. The emulator is optimized to run high graphics and high processor games on the PC without any issues. 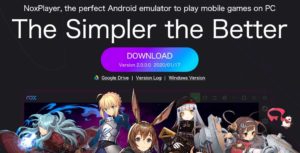 Nox Player is no doubt the best Android Emulator for Windows and Mac. The motive to design an Emulator is for playing games. Nox can handle high FPS games without any supports keypad, gamepad and scripts record. However, it takes some time for you to get familiar with the controls. Once you get familiar with it, Nox Player turns out to be the best place to run Android Games and Apps on Windows or Mac. You can also customize the controls in the settings and also optimize the quality in case if you feel the graphics are higher than your computer standards. 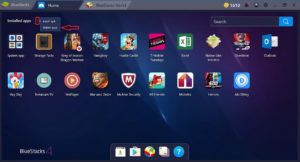 The list is incomplete without our oldest and amazing BlueStack emulators for PC. It is one of the most popular Android emulators for Windows and Mac. Also, it is one of the more balanced emulators. The emulator is a mixture of power, graphics, and processing making it the most favorable Android Emulator for PC. After using Apps or playing games on the Bluestacks will function perfectly as the emulator is capable enough to play high-graphics games.

The Bluestacks also run on the ‘latest’ Nougat version. However, it claims to be 6 times faster than Android. The software has an advanced keymapping and control system that you can manage key controls with the latest game controls window. 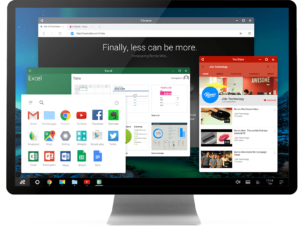 Remix OS Player is optimized for gaming. Specifically, when you map keyboard buttons and control the game to every comfort. Make sure that the emulator doesn’t support AMD chipset and needs Virtualisation Technology active in BIOS. The App has a user-friendly interface. The emulator has many customization options for gaming preference allowing users to make most out of the Remix OS.

The interface of the Remix OS is very clean. However, the remix is also the best platform for developers to test their App. Also, It is a very robust emulator having an inbuilt Play Store. The Game Toolkit of the Remix provides everything you want to enjoy your favorite Android games on a PC. Remix OS Player is the only Android emulator that enables you to play several games at the same time. Also, it runs on Android Marshmallow, besides most others who are still stuck to lollipop or below.

Andy is another simple but powerful emulator for PC and Mac. It allows you to integrate your device more intimately with PC. The best thing about the Application is it syncs across all the devices attached. However, no need for the transfer of game progress. You can also move the Apps from Android to Emulator hassle-free. You can also use the Phone as a joystick and enjoy the games on the Big Screen using your Android as a controller provides you a whole lot of good UX for play. It also gives users unlimited storage capacity, PC and Mac compatibility, and the freedom to play the most popular Android games on a desktop.

A simple Android emulator designed to help developers test Apps. Using Genymotion you can run the Android Apps over the cloud as a virtual machine. Just sign-in and on the main screen, tap Add to choose and install an Android machine to emulate. Choose a device from the range of tablets and Android available with different Android versions. Begin the machine and done. The Emulator runs over the cloud on SaaS, AWS, PaaS, CGS and much more. So, you just need a modern updated browser and good internet speeds. However, you can also use the emulator as a virtual Android device and perform all functions on a conventional mobile.

The interface is quite easy and intuitive. But you want a powerful PC for the smooth working of the VM. Ideally, the app is suited for gaming and product testing. However, the service is paid, you can get 1000 minutes for free. You can also test your apps and games for different device conditions that include:

The VM also offers a number of tools and plugins for deep testing of the App.

Here’s all about the “Best Android Emulator”. With the Android Emulators mentioned above, you can run and play Android Apps and Games on your windows,  Mac PC for Free. However, the responsiveness of the simulators depends on the software and hardware specifications of your PC. You can also enjoy the games on your PC using the keyboard mapping and external gamepad support. Also, if you are the developer then its a treat to test the App at different mobile conditions.

I hope you enjoy this article. Aso, If you think that I miss any of your favorite emulators then drop a comment and let me know about it. Don’t forget to share your views with us!

Till then! Peace Out