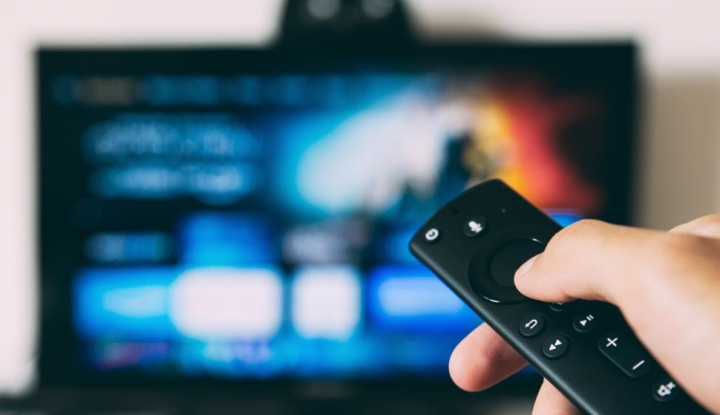 Do you want to mirror iOS devices to Firestick? If you are searching to mirror your iOS device onto your big screen, but don’t have Apple TV? Don’t worry–if you’re a Firestick owner, we’ll explain to you how to make seamless use of the two devices together for hours of home entertainment.

Certainly, it looks like Fire Stick devices or Amazon’s Fire TV can do just about anything. You can also use them to stream free movies, watch sports, live TV, play games, and many other things. Also, you can sideload new apps onto your Fire Stick.

Fire TV also provides a hidden feature that makes it more robust: screen mirroring. Using the right setup you can also stream content from your computer to Fire TV, or also cast your iPhone screen to Fire TV.

Today we’ll you’ll learn how to mirror your iOS devices. It includes both iPhone or iPad, directly to your TV using Amazon’s reliable Fire Stick hardware.

Amazon made it easy or simple to cast/mirror content directly to Fire TV. You want a huge variety of devices is built right into the hardware.

Things get a little difficult when we talk about OS support. On the other hand, Apple utilizes various protocols to cast or mirror content from iOS devices to Android-based devices.

What Do You Know About Mirroring, Streaming, & Casting? 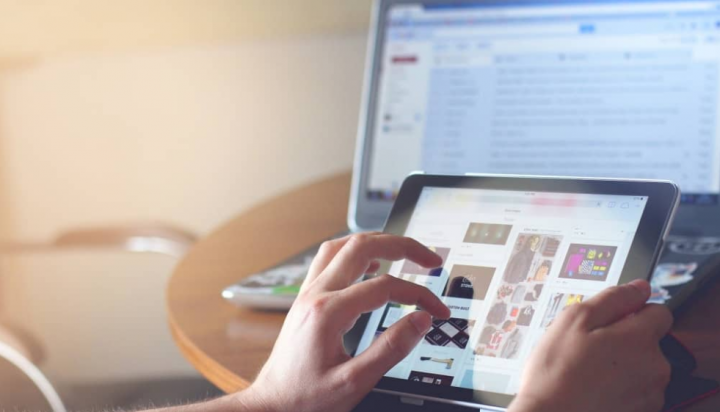 There are many terms used to copy the contents of one device to another. Mirroring or casting perhaps the most common.

In general, streaming is an efficient way to watch videos are playing on your iOS device on a big screen TV.

If you want to show a website or some pictures to someone and you are not interested in crowding around a small iPhone screen, mirroring is what you need.

If you want to mirror iOS devices then dive down below!

Your Fire TV and iPad/iPhone should be connected to the same Wi-Fi network to mirror content. Alternatively, you can’t mirror an iOS screen located in one place to a TV located in another one.

This is an easy security precaution that protects your device from hackers from taking over devices. But also ensures HD quality mirroring when the two devices are using the same connection.

It doesn’t matter which iOS device you own, an iPad, iPhone, iPad Air, iPod, or iPad Mini, you can easily mirror or connect content using the guidelines below. The only issue is that some casting apps need iOS 9 or above to work.

All casting solutions below needs installing or downloading the same app on two devices: One on your iPad or iPhone and the other is on your Fire Stick. As it lets the software overcome the differences of the protocol employed by Amazon or iOS hardware used to mirror screens.

The apps ensure everything goes efficiently, but they can easily communicate or access between devices to make this happen.

AirPlay is Apple’s technique of mirroring or casting content from one device to another. It’s very easy to use if you have Apple TVs, iPads, or iPhones. AirPlay can’t support Fire TV, however, that is why we have to install or download separate apps just to get screen mirroring to work. 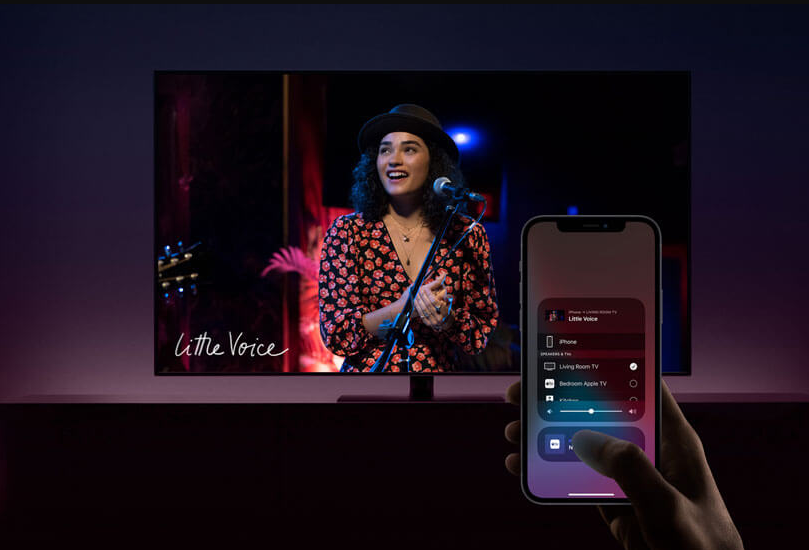 It’s time to install some applications! Any of the suggestions given below make it very easy to mirror or cast content from one piece of hardware to another. If you want to mirror iOS devices then dive down below!

AirBeamTV’s Mirroring Receiver app is no doubt the best iOS casting option. However, it works with all iOS devices right out of the box. Also, it supports Mac PCs and laptops, as well.

AirBeamTV passes everything from music to videos, photos, screenshots, and much more, all without the need for cables or any other hardware. It is known as the “Chromecast alternative” for iOS, and also it works like a charm. Want more ways to mirror iOS devices? Dive down below!

You want to buy the full variant of the app to use it. But rather than that there’s nothing standing between you and iOS to Fire TV screen mirroring.

If you want to get the AirBeamTV casting app up and running, start by downloading it to your Fire TV. Then, buy and install Mirror for Amazon Fire TV on your iOS devices. When both applications are running and connected, you can then mirror content from your Mac or iOS device to your Fire Stick.

Whenever you install iOS and Fire TV devices, Video & TV Cast will enable you to stream the contents of your iPad or iPhone directly to your TV.

Watch videos, check live sports, share photos or music to your Fire Stick, all with just a couple of clicks. The app is free to use and it offers a premium edition with lots of essential extras.

Download or Install Video & TV Cast for iOS first and then set it up on your device. You can then enable your Fire TV and install the app from Amazon. When both apps are on and attached, then select choose which content you like to stream on your iOS devices and Video & TV Cast will do the rest.

The iWebTV app provides a high-end mirroring solution for all your iOS and Fire TV mirroring needs. However, the application delivers high-quality video streaming. It includes 1080p, 720p, and also 4K movies.

It can also support a wide range of video formats, not just mp4 like many other casting apps. Also, you can add new content to your list without interrupting playback.

Mirroring is as easy as downloading the app and hitting play. Well, making it the best solution for anyone trying to get iPhone content on their television without any issue.

If you wish to use iWebTV, start by installing the app for iOS. Then, get the iWebTV app for Fire TV wither by looking for it directly on the device or sharing it through the link above. When both apps are connected, head over to the iOS version and then choose the videos you like to play.

The lightweight, simple mirroring app does exactly what you want it to do: mirror or cast content from your iPhone device to Fire TV. You can also use it to browse video channels such as  Vimeo or YouTube, then share everything to your TV with a couple of taps.

Also, you can stream mp3 or FLAC music files, use it to cast Kodi or Plex content, and also play files in the background while you browse much content. No tricks or hassles just too much easy streaming from iOS to Fire TV. Want more ways to mirror iOS devices? Dive down below!

If you want to use AllConnect, install or download the app for iOS. It’s free to use but has some ads as well as limits on various devices you can connect to, both of which are removable through in-app purchase.

Then, install or download the AllConnect app for Fire TV. When the software is connected or plugged on both PCs, add content on iOS and initiate mirroring.

AirPlayMirror is an easy or simple all-purpose mirroring app that works for Fire TV or all iOS devices. With the help of it, you can easily cast from up to four Apple devices at the same time, watch Netflix or YouTube, and play any media content from Mac or iPhone, including images, photos, and videos.

The app is not free, but it comes with a no-charge 15-minute trial variant so that you can easily test things out before getting the full variant.

AirPlayMirror is quite different than many other apps. Start by installing or downloading it on your Fire TV. Head over to the app and allow your device as a receiver, then take your iPhone and turn on AirPlay.

Select your Fire TV from the AirPlay receiver list. Simply connect the devices, then choose content on your iOS hardware and initiate mirroring.

Reflector 2 takes advantage of Apple’s AirPlay technology to allow you to cast your iPad or iPhone screen to any mobile device. It includes Fire Stick or Fire TV.

Using it is as simple as installing or downloading the app, enabling AirPlay, then selecting the audio, video, or visual image you want to be shown on your TV. The reflector is very costly. Want more ways to mirror iOS devices? Dive down below!

If you want to use Reflector 2, initiate by installing the app for your Fire TV. Install or download it and set the Fire TV as a receiver. You can then grab your iOS device and head over to the AirPlay interface.

The app may be the most challenging among many others. But it makes up for it with a wide variety of features. With AirReceiver you can also mirror or stream both music and video content from your iOS devices in HD quality. However, you can pull media from your NAS server, send YouTube content directly to your TV, run the app in the background while you queue or edit more content, and so on.

It is also very costly but it’s worth it for a various number of features you’ll have at your disposal. All you need to do is to download or install the app from Amazon’s AppStore. Run it and then set your Fire TV as an active receiver. Then, get your iOS device and move on to AirPlay. Select your Fire TV as a target, then just choose the content you like to mirror. 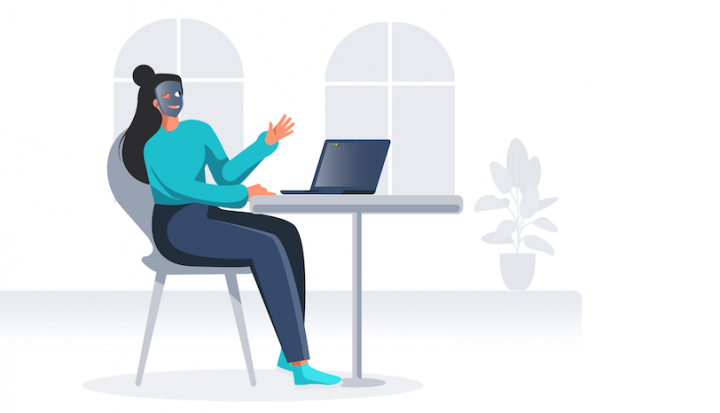 A VPN can hide our online activity as we said earlier. This includes everything like: the search terms you look up on Google and anywhere else, the URL links you key in, etc. Also, it hides the files you download or install, the websites you frequently visit, and anything you may select or pick to stream. However, a VPN can work to hide what you do whenever you playing video games, use social media, and interacting with apps. In short, it means a VPN can make it impossible or difficult to trace or monitor what you do back to you. Here are two methods to do that:

In addition to having a vast server network, NordVPN is both fast and secure. Everything starts with 256-bit AES encryption, which is so tough that a supercomputer would need millions of years to break just one passcode. Specific protocols include OpenVPN’s cutting-edge UDP and TCP protocols. As well as SSTP: a technology that can beat even the harshest censorship filters. Do you want to know many things about what does a VPN hide?

The logging policy is airtight too, with no records of your traffic, IP addresses, timestamps, bandwidth, or browsing history ever being stored. Last but not least, NordVPN’s holding company is based in Panama – a neutral country. That actually means that major world governments can do nothing to force your data out of NordVPN.

Surfshark offers the strongest and advanced encryption through the 256-AES-GCM cipher. Well, it is virtually unbreakable by cryptography experts. Also, it is no doubt the most powerful commercially available.

It can help you to hide your tracks online, Surfshark offers obscure on every one of their 700+ servers.

Is this article helpful? Do you know any other alternative method to Mirror iOS devices on Firestick? Share your thoughts with us in the comment down the section below. Also, for further queries and questions let us know in the comment section below!