A seemingly simple thing to do is Garageband have your track or song fade on and out. But finding the method to do so, is kinda difficult. A fade is automation. Fading out of a song is something that we hear all the time when listening to our favorite tunes. As the song begins to come to an end. You will hear it slowly fade away to silence. If you are creating your own music in GarageBand. Then you can add this effect as well. 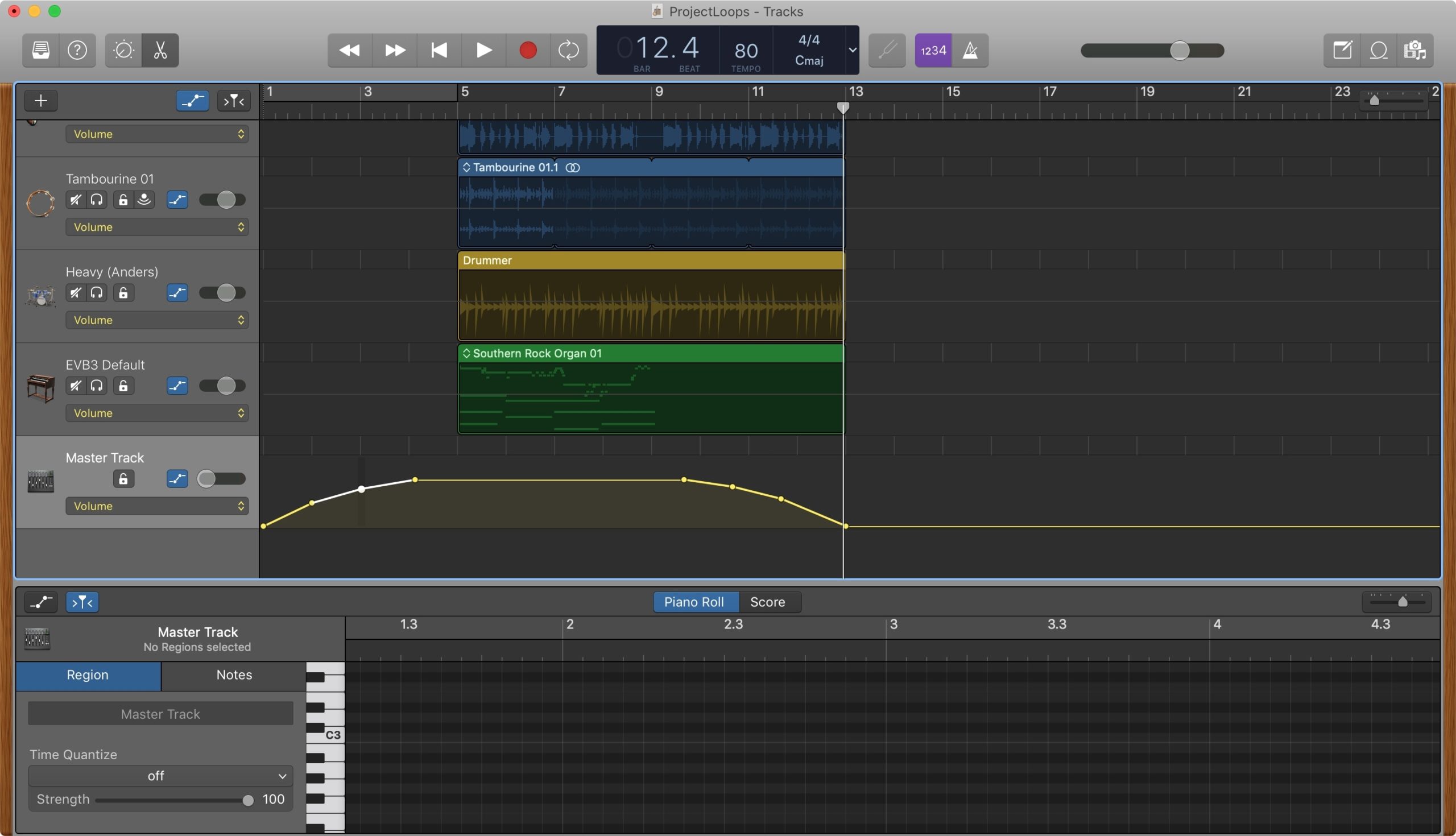 While fading into a song is not as widely used. We will show you how to do that on Mac as well. So open up GarageBand on Mac or iOS and then follow our tutorial to add fade out to your songs.

Add Automatic Fade out in GarageBand on Mac

You can use the automatic fade out feature in GarageBand for the easiest way to add this effect. When you do that. Then the app will create four-volume points at the end of your song starting at 10 seconds out. You can also adjust these points if you like.

To add the automatic fade out, you have to open your song and then follow these steps. 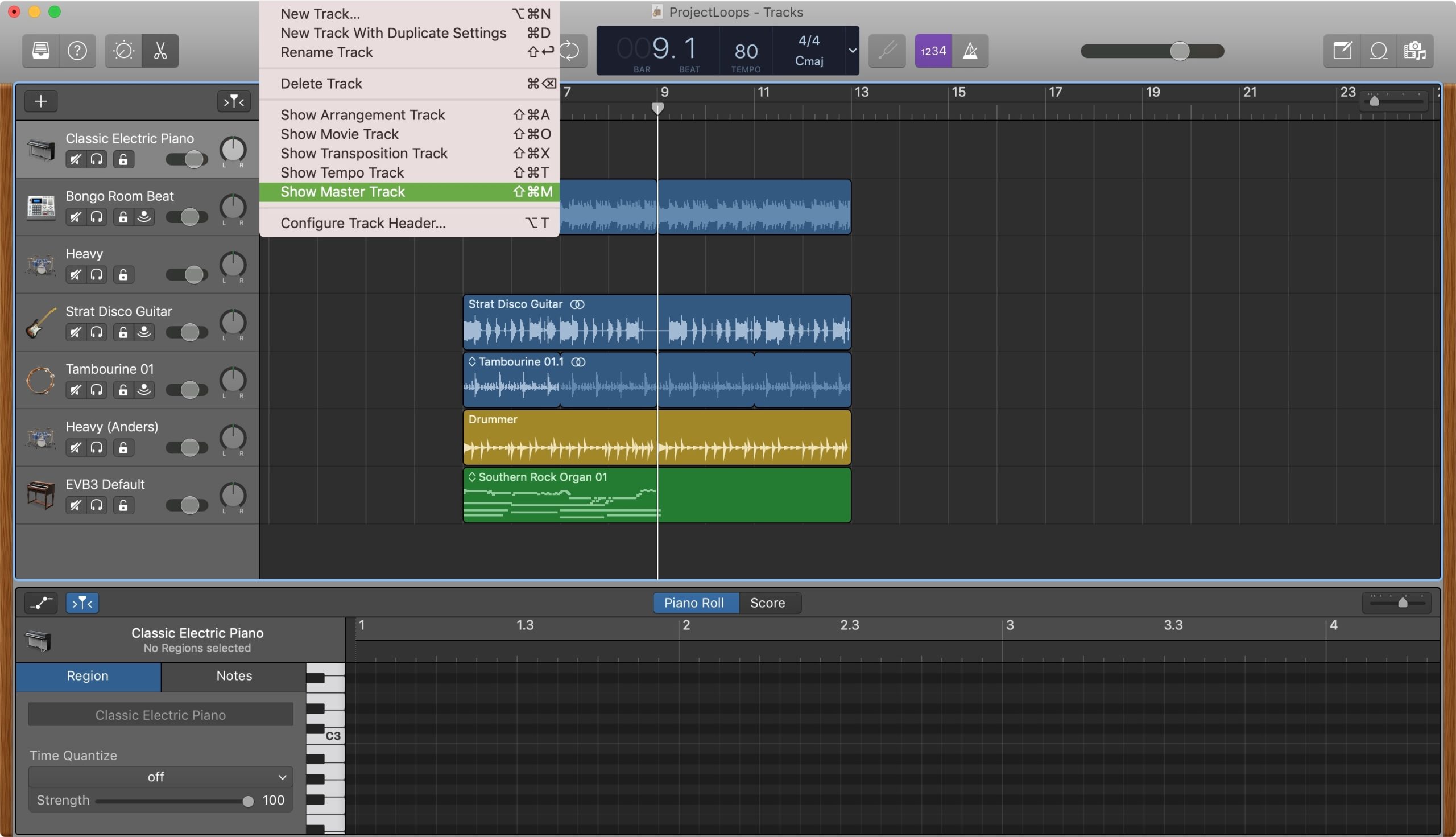 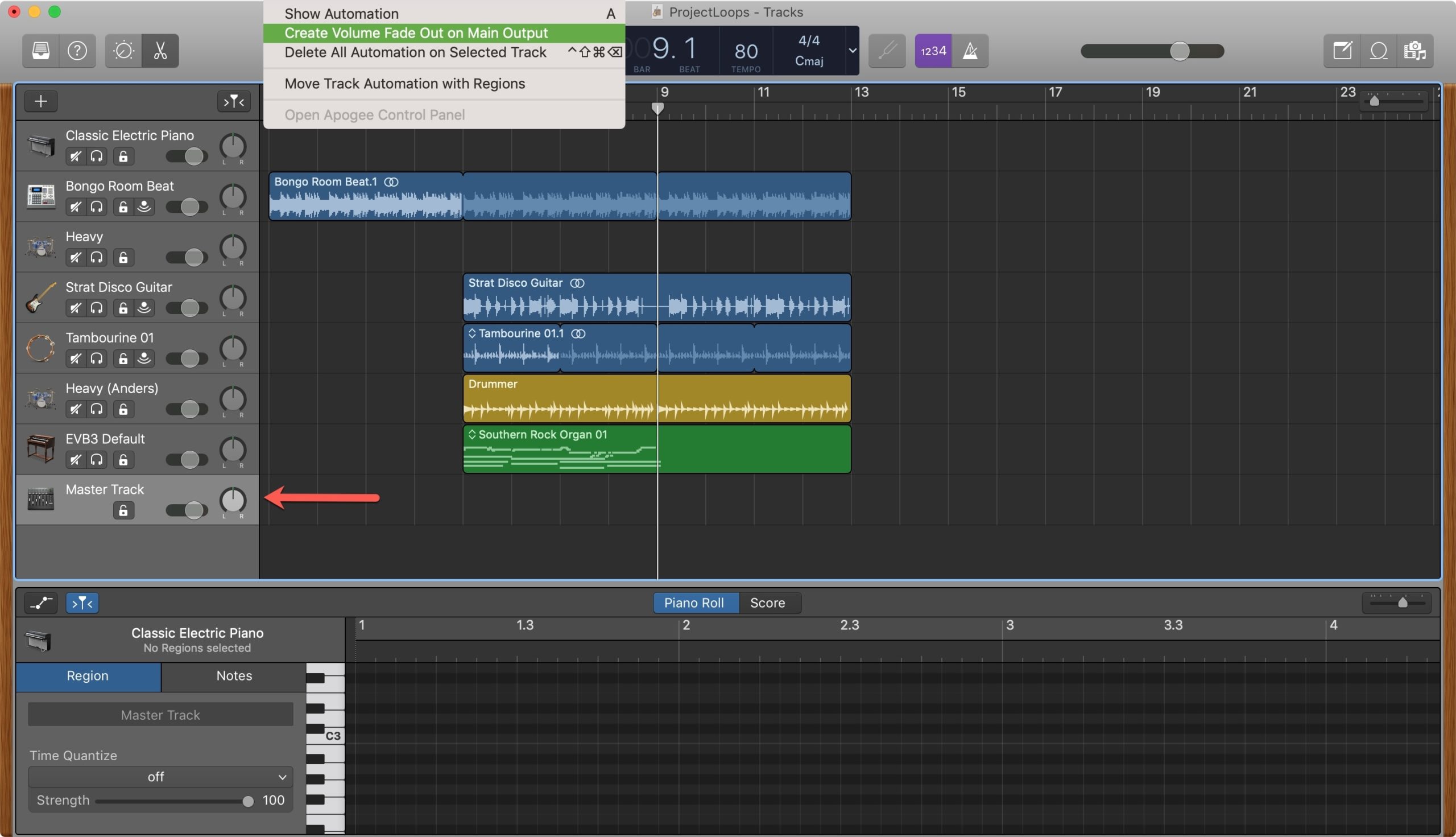 You will then see the Master Track with the fade out and those 4 volume points at the bottom of your viewer. 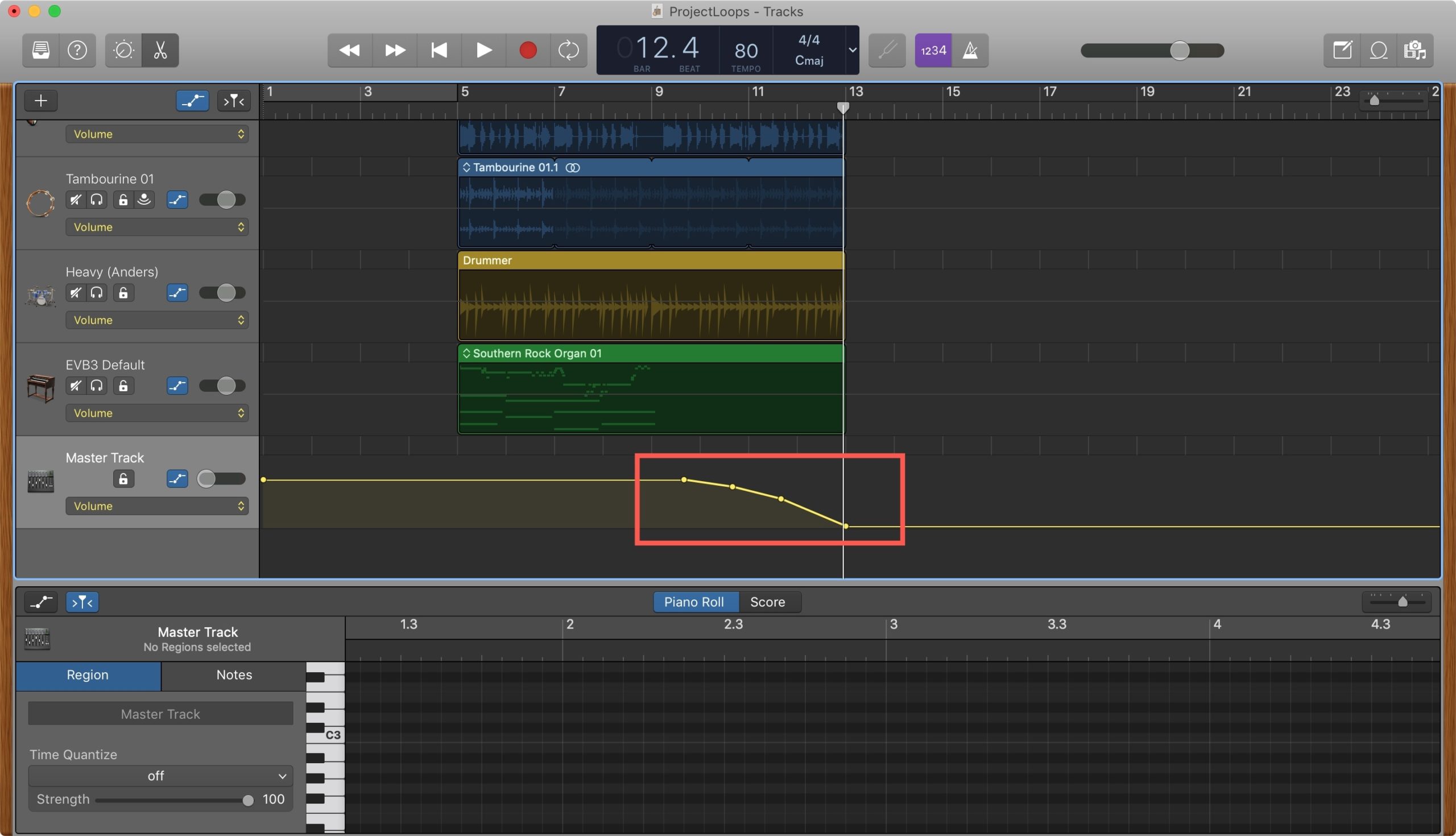 If you want to adjust those points. Then just click and drag each one where you want it.

Add Fade in on Mac

The above was to Fade out in GarageBand. There is currently no automatic fade-in feature. But you can still add one manually. Make sure that you have the Master Track in your tracklist as described in Step 1 above.

In the Master Track header on the left, Volume should already be chosen in the drop-down box. But if not, go ahead and select it.

Now, you can add volume points at the beginning of your song. Click on the volume line in yellow for the Master Track to add the points where you want them. Then, drag each one to create a fade-in.

You can also add a fade-out to your song the same way/ If you prefer to do it manually rather than with the first set of steps in the tutorial to add it automatically.

Add automatic fade out in GarageBand on iOS

You can add an automatic fade out on iPhone or iPad just like on Mac and it only takes a few taps. Once you add the effect, the last 10 seconds of your song will fade to silence. 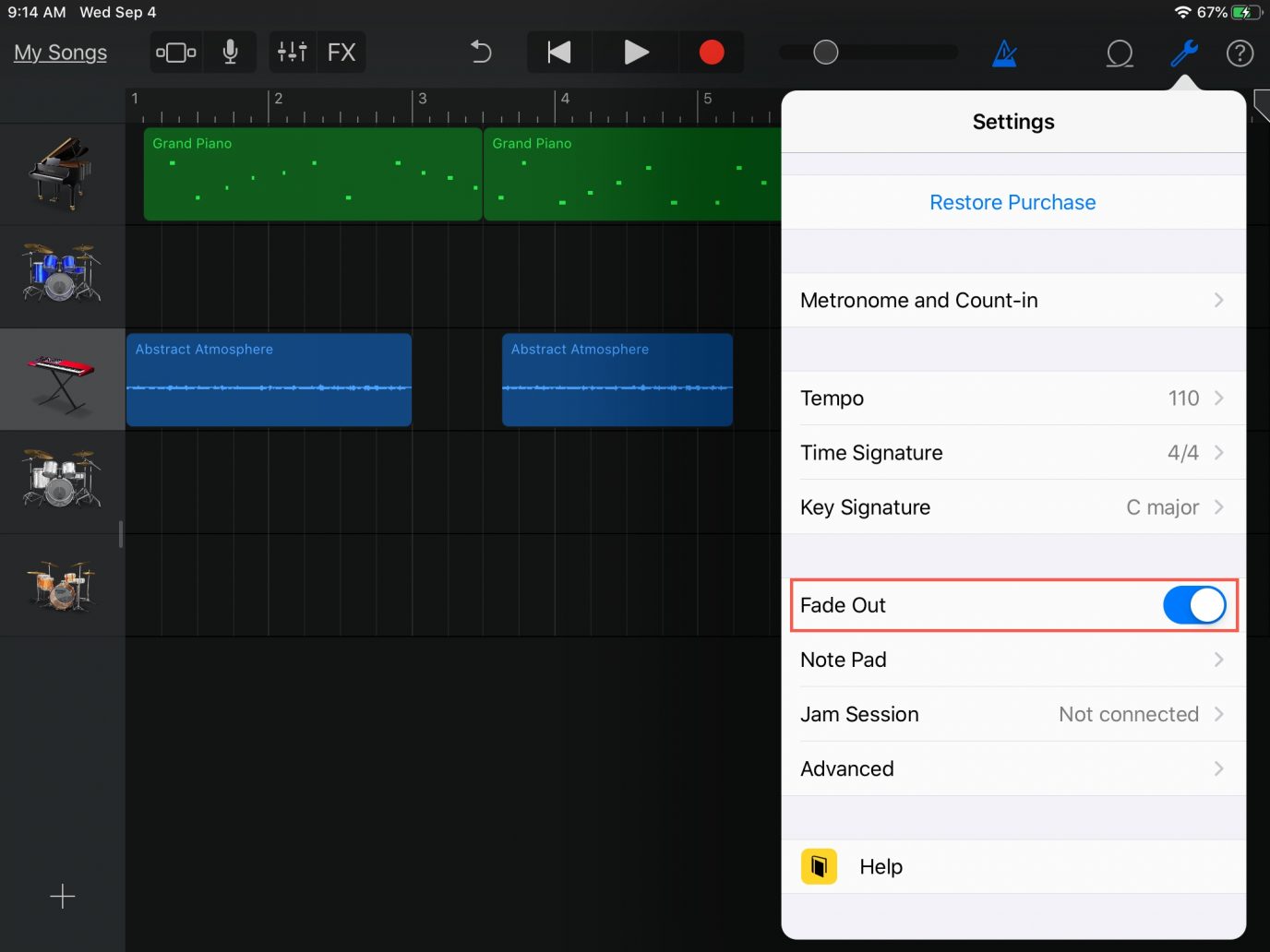 To add a fade out in GarageBand at the end of your song makes it sound like it was created in a professional studio. And if you choose to use a fade-in, that’s easy to do on Mac too. I hope you like the article and that is easy now for you. However, If you guys still have some questions about this article. Then feel free to ask them in the comments section below. Have a Great Day!

Also See How to Fix iMessage Not Working on Mac