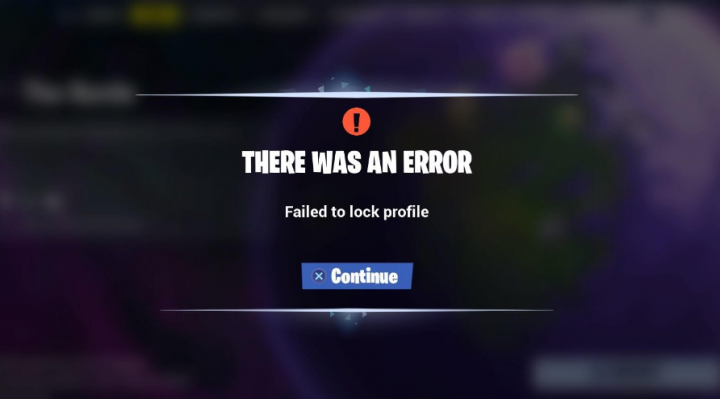 Are you looking for a solution to fix the ‘Failed To Lock Profile’ error? Fortnite is available on almost all platforms like PlayStation, Xbox, PC, and also iOS and Android. But the Xbox, PC, and Playstation versions are facing some complexities. It shows an error message saying “Failed to Lock Profile” when anyone tries to join a multi-player game or launch the game.

If you are one of those who are facing this issue, then this tutorial will be helpful for you. All you need to do is to dive down below and take a look at all the possible fixes for this issue. Undoubtedly one of the solutions given below will fix this issue for you. 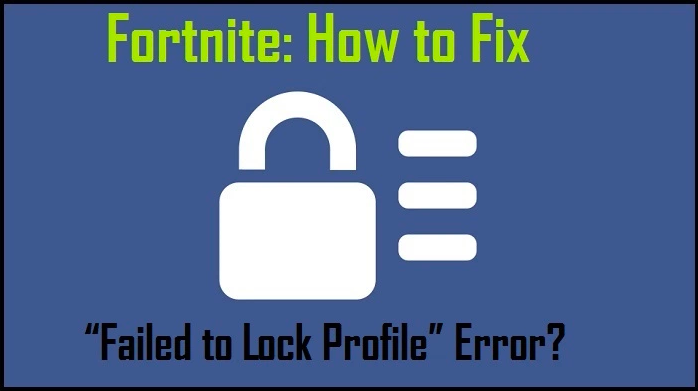 You can do one thing to ensure that this error does not bother you in your gameplay. When a mission ends, wait for the reward screen to be shown before moving on to the other part. If you leave the game before the reward screen display up, then the other player that comes in to fill in that place will encounter the error ‘failed to lock profile’.

Console users don’t face this error much, but if you are one of the unlucky users then don’t fret because the solutions are very simple and easy.

Just restart your game and the console will reset every little glitch that might be causing this communication error.

If the error still exists, then try the other console users fix.

Licenses in gaming consoles are needed for the validation of purchases. If there are any errors with your console’s licenses, then Fortnite’s servers face issues communicating with your console. So you must try to restore your licenses on your console to resolve the ‘failed to lock profile’ error.

For PC users, the solutions are quite complicated. This is due to the problem is very common with PC users. So we have discovered every possible solution for this problem.

Initially, you should try to restart the app responsible for Fortnite entirely.

This is the most common solution, and it worked for many. But if this did not the job for you, then try the other solution.

This error mostly occurs when you close up a mission and get ready for another, but the game doesn’t register it. Well, still it thinks you are in that earlier session. So modifying the party privacy can sometimes resolve the ‘failed to lock profile’ problem.

Configuring party privacy works for some users, but not for all of us. If this stops work for you either, then try the other solution.

Well, the error is all because of the game still thinking you are on an active session, you can try modifying the game mode entirely, and it can also help your app to understand that the older session is over.

Whenever the issue occurs with a particular game mode, then try to reinstall the game mode repeatedly through the launcher. It will wipe out any sort of corrupt or damaged files present in the game mode files.

If the error was because of corrupt files, then you can easily sort it out. However, if it did not fix the issue, then try the other method mentioned below.

There are lots of active Fortnite players around the world. If you have lots of players in your selected region, then the server for that region can find it challenging to fix everything properly. Whenever it happens, then the error ‘failed to lock profile’ displays on a PC. So try to modify your region to select another server that is not that loaded.

Whenever you play a multi-player game with the players joining in using various platforms, this error can also show up. So there are few things you can do to fix this issue.

The method resolves the ‘failed to lock profile’ error. But if the issue still occurs, then try the next solution.

If the error occurs because of a temporary glitch in the game itself, then launching the storm shield defense helps to refresh things up.

If you view the same ‘Failed to lock profile’ error in Fortnite game missions, then try the other solution.

Now check again to view if the verification fixed your issue. If everything is working properly then the issue is somewhere else, and your issue won’t be fixed. In this situation, head over to the other fix.

Certainly, the bug might be because of issues with the communication modules of the launcher. In this situation, try to re-logging into your account, and it could fix your issue.

Just play a game in this game mode and check if the same error ‘failed to lock profile’ again shows up with your profile. If none of the solutions given above worked out for you, this should probably do the job. When you again log in, you should try to switch to a non-horde map and then modifying back to the horde map.

So we have mentioned out all the possible methods to fix the ‘failed to load profile’ issue on Fortnite. Try all the solutions one by one, and one of them will surely fix your issue.

If you have any queries or questions about this tutorial, then comment down below!