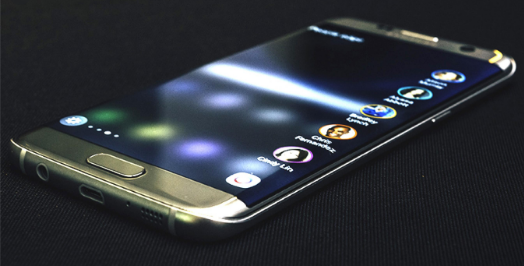 We have listened to many reports of the error message ‘Warning: Camera Failed’. That is occurring on Android devices, and it seems to happen most often to Samsung owners. The good news is that while it’s annoying, it’s likely a software problem instead of a fault with your camera. Here’s how you can fix ‘camera failed’ on Samsung Galaxy devices. In this article, we are going to talk about How to Fix Galaxy S7 Camera Failed – Samsung. Let’s begin!

The steps detailed below are not difficult or time-consuming, but you should make sure that your device has a decent charge in its battery before you do them. If the battery level is too low, the camera often won’t work, so it’s worth ruling that out before you start trying anything else. In most cases, these solutions won’t involve losing any photos or data from your device, but we recommend backing up anything you do not want to lose, especially if it gets to the point where you need to perform a factory reset.

How to Fix Galaxy Note 10 or note 10+ Camera Failed

Even the latest iteration of the Samsung Galaxy Note flagships are not immune to this error, made all the more frustrating by the fact that the Galaxy S10 and S10+ have fantastic (and expensive) camera equipment. First things first. Try to simply restart your phone and then making sure your apps are up to date by opening the Google Play store and checking My apps & games. If that does not work, then you should try the following:

Unfortunately, the same goes for the 2019 Galaxy S Series smartphones as well. Luckily the Galaxy S line and the Galaxy Note like are becoming increasingly similar. So the method for fixing this problem is exactly the same on both devices.

If neither of these solutions works, you should continue down this list and try the solutions for the older devices, start with the S9 and S9+. The wording on the menu might be ever-so-slightly different, but the options will remain the same.

If you are currently using one of the third-latest Samsung Galaxy S9 series smartphones, it is worth checking that all of your applications are up to date. In case if it does not work, try resetting your S9 or S9+. If that does not work, then follow the list of instructions below.

The factory reset also involves returning the device to its default software. That will remove all your data and files, so make sure you have backed up before trying this.

The Samsung Galaxy S8 is a close relative of its predecessor, the Galaxy S7, so first, you should also try the steps for the S7 to see if they resolve the camera failure issue. If this does not work, there are many additional methods that you can try to fix this problem on the Galaxy S8 Plus:

Sometimes the outdated apps can cause this issue. Make sure all the apps on your device are updated. Go to Google Play store and open ‘My apps & games’ to check what apps are updated and which should be updated. After the update, the apps, check if the camera issue is resolved or not.

Boot the Galaxy S8 into a safe mode. First, turn off the device completely. Next, hold down the power button until the Samsung logo appears on the screen. Then you have to hold the volume button until the phone completes restarting and ‘safe mode’ appears on the left bottom corner of the screen. If the ‘Camera Failed’ error does not occur in safe mode, then some third-party app is the reason of the issue. Uninstall applications one by one until you figure out the one responsible, starting with those installed just before the camera failure started.

Try all of these steps in order, So, one of them fixes your phone’s camera issue:

Reports of ‘camera failed’ errors on the Samsung Galaxy S6 and S6 Edge are very rare. But some users do experience them. In most cases, the problem appears to be a third-party app that’s messed things up, so booting into safe mode is the way to test that:

If the camera works in this mode, then you do not have a hardware or firmware problem. Unfortunately, if it does not work in safe mode, then you might. Do not go rushing to your retailer just yet, though: try the steps detailed above first. In many cases, a factory reset can give your device the kick it needs to sort out the camera problem.

If you have a Samsung Galaxy S5, we have good news and bad news about this one. The good news is that there’s a very huge chance of the camera failed error has the same cause and solution(s) because it does for the S3 and S4. The bad news is that there’s a little chance that your device may actually have a hardware fault. a limited number of S5 devices actually suffer from faulty cameras.

The first thing to do is to follow the steps detailed above, but if none of them work, then you may need to talk to your retailer, carrier, or Samsung itself. It actually depends on who you bought the S5 from.

In most cases, the ‘camera failed’ error occurs because the Camera app has got itself into a bit of a mess. You can mostly solve that with a fairly simple bit of housekeeping.

If it did not, step two is to clear the cache partition. To do that:

Nothing? Time for the nuclear option: a factory reset. Make sure you make backups of anything you need first, as this will return your phone to factory-fresh condition without any of your stuff on it.

Alright, That was all Folks! I hope you guys like this galaxy s7 camera failed article and find it helpful to you. Give us your feedback on it Also if you guys have further queries related to this article. Then let us know in the comments section below. We will get back to you.