Whenever the issue occurs MediaCreationToolx64.exe will show the given error message whenever you open the utility:

“There was a problem starting Setup. Close the tool, restart your PC, and then try running the tool again.”

So, there are many solutions that many users in the same situation have used to fix the issue. Please follow the steps given below in order until you find a solution that fixes the issue and enables you to complete the whole upgrading process. 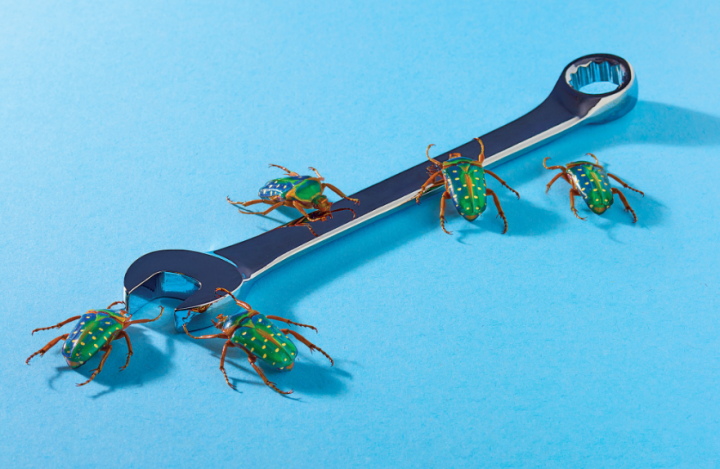 Follow the methods given below to fix the ‘There Was A Problem Starting Windows 10 Setup’ error:

Mostly, this particular error occurred due to a couple of hidden folders that are linked with the MediaCreationToolx64.exe tool – $Windows~BT$ and $Windows~WS$. However, these two locations are can store temporary files required for the upgrade process.

The solution involves removing the two folders using their contents, thus allowing the MediaCreationToolx64.exe tool to start fresh. Also, you can’t touch the folders unless you’re using Safe Mode. To make things simpler for you, here’s a complete article on restarting in Safe Mode and removing the $Windows~BT$ and $Windows~WS$ folders to resolve the “There was a problem starting Setup.” error of the MediaCreationToolx64.exe tool :

If this workaround wasn’t successful or you’re searching for another approach, move down to Method 2.

Many other users have claimed that the problem was resolved automatically after they used Windows Update successfully to apply every update that was pending. Users facing the same issue claimed that the Media Creation Tool opened without any error “There was a problem starting Setup.” after you apply all the updates successfully.

Here’s a quick article on making sure your Windows model is up to date:

If you still face the same issue ‘There Was A Problem Starting Windows 10 Setup’, scroll down to the next method below.

Also See: How to Fix if Dell Keyboard Not Working – Tutorial

Users were able to fix the issue after executing the SetupPrep executable from the ESD folder.

You can view the ESD folder on the root folder of the Windows drive . Also, OS use it for electronic software delivery chores. However, Windows uses it to install or download files on your computer through an internet connection.

Head over to C:\ ESD \ Windows \ sources and view if you locate setupprep.exe. If you do, double-tap on it and follow the on-screen instructions to complete to upgrade from here. You can also do so without viewing the “There was a problem starting Setup.”

If you are still facing the same error ‘There Was A Problem Starting Windows 10 Setup’, move down with the next fix below.

Also See: Your Pin is No Longer Available Due to a Change to the Security Settings on this Device

Here’s a quick article on how to run the Windows Update troubleshooter:

Tip: If none of the workarounds has fixed the issue for you, we recommended you to use Restoro Repair Tool which scans the repositories to replace missing or corrupt files. As it works in many situations, where the problem is originated because of system corruption. Restoro will also optimize your PC for maximum performance. You can install Restoro after tapping here.

I hope you can now understand how to fix the issue ‘There Was A Problem Starting Windows 10 Setup’. If the steps prove to be useful then share them with your friends and help them. For further queries and questions let us know in the comment section below. Also, don’t forget to share your feedback with us!

Waiting for your valuable feedback!