Do you want to create or make a new Wine Prefixes on Linux? Wine prefix is a folder in which Wine places all Wine-related files, download Windows programs, libraries and registry code, and also user preferences in.

However, a user has one Wine prefix. This prefix is present in the ~/.wine folder. Also, it runs in Windows XP mode and Linux users don’t ever tinker using this folder or modify it in any way. Due to its maturity and reliability of the Wine tool.

Also, it’s beneficial to make several ones. Not just this but they can be enable run particular versions of Windows. As the Windows house various types of software that can’t work in the default prefix folder, etc. If you want Windows programs to work perfectly in Wine, then you need a 32-bit prefix. But unfortunately, by default, the default Wine system can’t set this up when the user runs Wine for the first time.

For creating a new 32-bit Wine prefix begins by releasing a terminal window by hitting Ctrl + Alt + T or Ctrl + Shift + T. However, simply use the WINEPREFIX command in the terminal window, followed by the location where you would like to save the new prefix.

Note: Make sure if you want to modify the username in the command below using your Linux PC’s username.

When the above command runs, it’ll create a new folder in your recent user’s home folder (~) labeled “.newprefix32.”. But if you don’t like this name, don’t fret, you can easily modify the name of the directory before running it.

When the WINEPREFIX command complete executing. You may then view multiple GUI prompts appear. A prompt message saying to install things for the software to run. Simply follow the GUI prompts and make sure everything is installed.

After the tools Wine needs to install, the WineCFG tool will open. Simply use the tool to customize your latest Wine prefix and set things like the Windows version, graphics, etc. 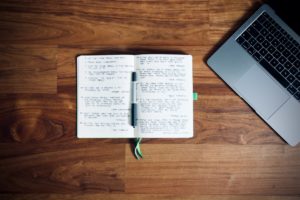 By default, after running the Wine software for the first time, it’ll make a 64-bit Wine prefix in ~/.wine in the home directory (~).

However, using the default 64-bit ~/.wine prefix folder is well for most users. Also, if you’re running software that needs plenty of tweaks, it’s best to learn how to create separate 64-bit Wine prefixes.

If you want to make a new 64-bit Wine prefix. Simply launches a terminal window and use the WINEPREFIX command such as in the 32-bit example. But, this time, don’t use Winearch, as it’s not important to set up this one.

In the command example mentioned above, we set the new 64-bit Wine prefix in a folder named “newprefix.” We assign the name just for demonstration purposes. If you hate this name, don’t fret simply swap it out with another name that suits your use-case.

Once you enter the WINEPREFIX command above, the Wine tool will set up the latest prefix folder in the home directory (~) of your current user. While creating, you may view some GUI windows pop up. Simply follow the GUI prompts and do what they say to make sure that everything is set up perfectly.

When the GUI prompts, the WineCFG window will appear. However, use the window to configure your new 64-bit Wine prefix, modify Windows versions, graphics settings, much more. Do you want to get rid of it? Here’s we’ll discuss what to do. Initially, open up a terminal window by hitting Ctrl + Alt + T or Ctrl + Shift + T. Once done, use the ls command using the “a” command-line switch to uncover all of the files and folders in your home directory.

View the list of files for the name of your Wine prefix folder. Simply then, use the rm command using the “rf” command-line switch to delete or remove the prefix folder.

Do you want to get rid of several prefix folders at once? Remember brackets while using the rm command. For example, to remove or erase two prefix folders, you’d do:

There’s no limit to how many prefixes can be erased at once using the rm command. Just list out the folder names in brackets followed by “,” and it works.