Do you want to turn on Flashlight on the Android phone? The feature of phones flashlight, using its camera LED flash to help you to move to dark places. The feature is built right into Android, but it takes few swipes to get to, so you might be after an instant way of turning it on.

Hopefully, there are lots of methods to turn on the flashlight faster on your mobile phone. Some of them are listed below:

Turn On Flashlight On Your Android Phone 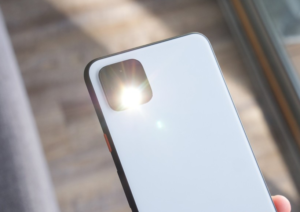 Use Gestures To Turn On Flashlight On Android

Some advanced mobile phones can support gestures. However, it allows you to turn on and activate different features using special button motions or presses.

The accurate gestures vary between various device manufacturers, but to access them, head over to “Settings -> Gestures,” then look for the flashlight feature and enable it.

On Motorola phones, the gesture to quickly enable your flashlight on is shaking your mobile. On OnePlus, it’s drawing a “V” on your Android display screen when it’s disabled. After using a different mobile phone, then an accurate gesture may vary!

On lots of phones, the Flashlight icon is located on the menu when you simply swipe down from your mobile screen top. If it’s not, then swipe down again to view all the quick-launch icons and hit the pen icon under it.

Also, you can hold and drag the Flashlight icon to put in the icons list where it’ll appear among your default notifications.

Tell Google to Enable the Flashlight

You must think or remember about “OK Google” to enable the flashlight. Either click on the mic icon or say, “OK Google, enable the Flashlight” (or “Flashlight on”). This is an amazing option if you have lots of apps on your phone and don’t have enough storage for another one.

Enable the Flashlight with the Volume Buttons

To quickly enable the flashlight on any mobile device with the volume buttons. You just want to install Torchie – Volume Button Torch. However, the app takes up 4MB of your mobile storage.

For all apps to work in the background, you want to allow “Accessibility Service” permission to it.

You can also turn on the flashlight from your lock screen. But you want to move into the app’s settings to turn on that. If you want to access Settings, simply open the app and click on the 3 vertical dots located on the top right of your screen display.

Shake the Flashlight On

If your Android lacks built-in Gesture support that we mentioned previously, then you can get a third-party app that does the same job.

If you think that you can shake your mobile too hard, you can modify the sensitivity in the app’s settings. Click on the 3 vertical dots located on the top-right corner and click on “Shake Sensitivity.” The app also warns you that once you set the sensitivity too high, then the flashlight could accidentally enable.

Also, you can use the Flashlight Widget app to get some light. However, the widget can’t appear on its own, so you want to long-press on a space in the Home screen where you like the widget to appear.

Click on the Widgets option under it, and the widget must be on the first page. Long-hit on the widget then drags it to an empty space on your screen display. The app lacks a Settings page, you just know if the app is installed when you view the widget. No app icon will appear.

While the main purpose of the flashlight is to light up the surroundings so the camera app can capture better pictures at night, it has evolved to become essential torchlight. Nice, right?

Here’s all about “Turn On Flashlight On Your Android Phone”. Whatever the given methods you used, you can easily turn on Flashlight. If you want to share any other method or tips regarding the article then let us know below. For further queries and questions let us know in the comment section below!