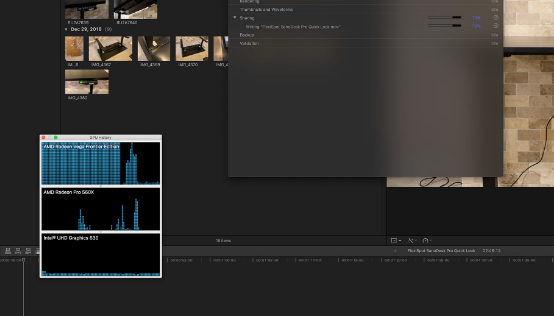 The CPU (Central Processing Unit), the GPU (Graphics Processing Unit) refers to the graphics card and processes of a computer’s internal system. Understand Apple’s Mac and Macbook GPUs can vary relying on the model. In this article, we are going to talk about How to View GPU usage on Mac Through Activity Monitor. Let’s begin!

When we are dealing with multiple GPUs, it is often helpful to know which one is working at any given moment, and how much each one is being utilized. There are a lot of third-party apps and utilities that can provide this information. But if you just need basic data on GPU usage, Mac’s built-in Activity Monitor utility is here to help.

To view the GPU usage is not as easy as one might think. There is actually a simple process to get to the Activity Monitor that shows you the analytics.

The GPU History window is not the only handy display available through Activity Monitor. Similar windows are available for showing both current CPU usage (Command-2) and CPU usage history (Command-3).

As with the GPU History window, you can toggle the “always on top” status of these windows via the Windows drop-down in the menu bar.

The ability to monitor GPU usage in macOS is not only handy for seeing how work is being divided between multiple GPUs. But it can also help troubleshoot issues. Such as, it can show you when your GPU is being taxed when it should not be based on the applications that are currently running.

Third-party tools like iStat Menus can show more information about your GPU’s status, such as graphics memory usage and temperature, but for simple monitoring, look no further than the Activity Monitor.

If you would like to check which graphics card you are currently running is simple too:

It is important to mention that some Mac and Macbook models only have one graphics processor such as the lightweight Macbook Air.

One way to narrow down issues your computer is having is by checking the Activity Monitor. Whether it is the CPU or GPU, processes that are running in the background of your computer will show signs of malfunction within these tabs.

Symptoms like overheating can be related to the GPU. Going to the Activity Monitor, you can see how the processes are impacting your Mac’s energy. Aside from the current energy impact and the average impact. Users can see which applications are compatible with App Nap (uses very little energy when open) and also those that are preventing the device from going to sleep.

If you notice an application with excessive usage it may be having an issue. Whether it is considered Malware, or simply a glitch, checking your system’s GPU may point you to the problem.

An application that is using a higher GPU is going to reduce your Mac’s battery life. As such; the application may have an issue and need to be force closed and rebooted or uninstalled depending on what you’d like to use it for.

Alright, that was all Folks! I hope you like this View GPU usage on Mac article and find it helpful to you. Give us your feedback on it. Also if you guys have further queries related to this article. Then let us know in the comments section below. We will get back to you shortly.

Also See: How To Install Tinder In China