You are here: Home / News / iPhone Models ranking among the best-selling smartphones 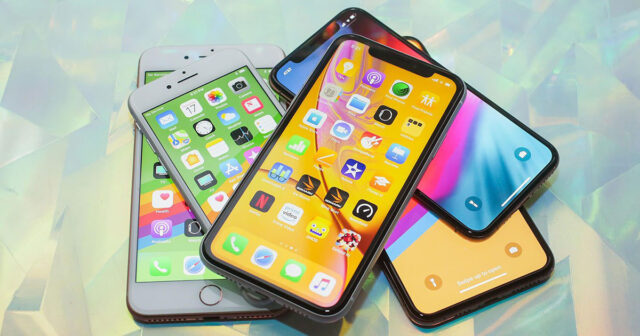 With the results of the last quarter ahead, we evaluate that such stops have left the sales of the iPhone of the summer. With another last quarter and another list of available results, the time has come to see how Apple and its devices sat summer. This is never the strong quarter of the iPhone since being presented in September, this is its last quarter before new releases and this makes users wait for the new models. Still, let’s see how it has gone through the data that comes to us from PatentlyApple.

South Korea and China, the most difficult markets for Apple.

Let’s start without hot cloths with the only 2 of the 7 main markets in which Apple has failed to get into the Top 5. The 5G has arrived strongly to Korea and has placed the Samsung Galaxy S10 5G as the best selling phone. With a market share of 26%, well ahead of its closest competitor, the LG V50 ThinQ 5G, with only 7% left. On the other hand, the Chinese market focuses on its national brands. As a result distributing the Top 5 among Oppo, Huawei and Vivo. Nothing new here, although knowing the importance of this market for Apple is striking not to see any device cast on the list. 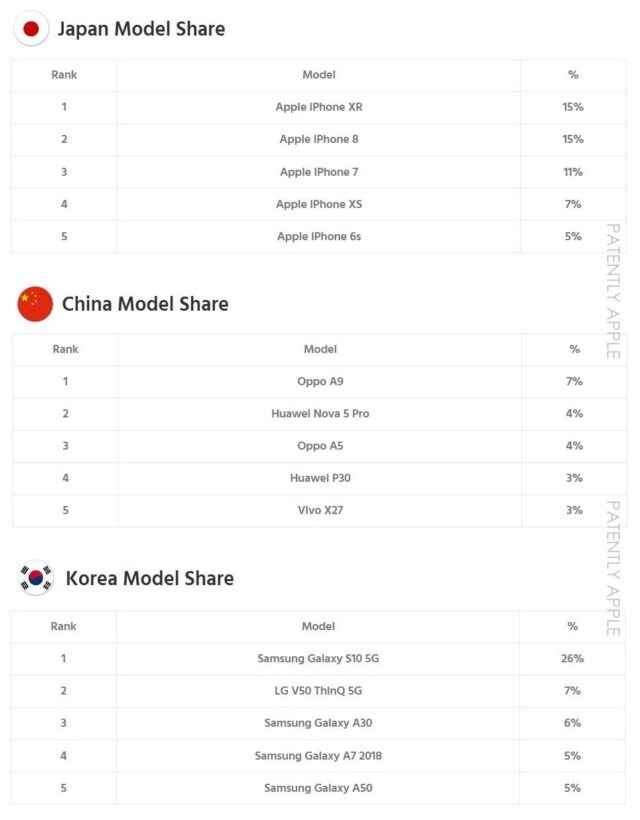 iPhone took the Market in Japan

This is the only country in which the iPhone has fully reigned the Top 5, from the iPhone XS to 6S. A range deployment that shows how the diversification of Apple models. As well as lowering prices of older models, is a good streak to take more market share.

Also Read: The iPhone 11 would have the necessary hardware for reversible wireless charging, but it is uninhabited in iOS

In Germany and France, only the iPhone XR gets attention

In these two countries, Samsung has been the best winner this last quarter, with 4 out of 5 smartphones at the top. Apple for its part places the iPhone XR in 2nd position in Germany and in 5th in France. These might seem bad results, but counting on the dates counted were about to be announced the new devices of Cupertino see that a smartphone almost 1-year-old is still selling in the Top 5 is a victory. 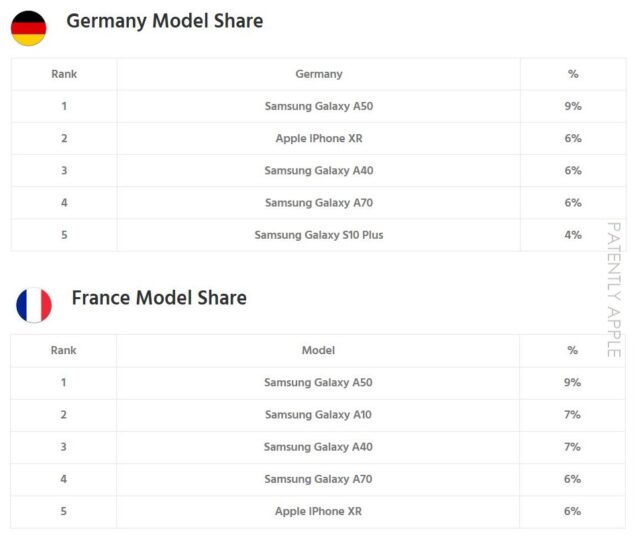 The United Kingdom and the United States, waiting for the new iPhone

Apple remains afloat in these 2 markets the same way as Japan, with 3 models in the United States and 2 in the United Kingdom. The reason majorly being the iPhone XR and older models, which companies offer significant discounts on. Samsung for its part faces Apple with 2 and 3 devices respectively, which compete with the advantage of being younger. 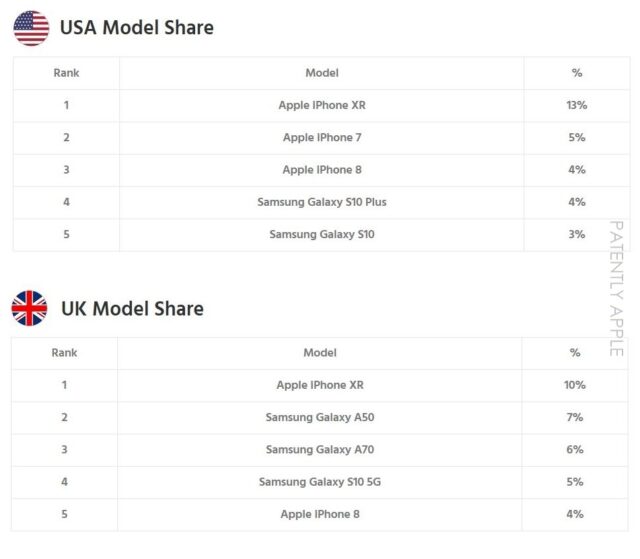 As you can see at first glance, the Q3 is not the peak of Apple. it still holds the type well thanks to its input range. We will see how the tables change once the results of this 4th quarter are announced. Which makes us think that Apple will place its new devices in all markets at the top after the latest statements by Tim Cook about it.