The characters of the fight saga of Capcom star in a campaign to recruit new agents in Osaka. 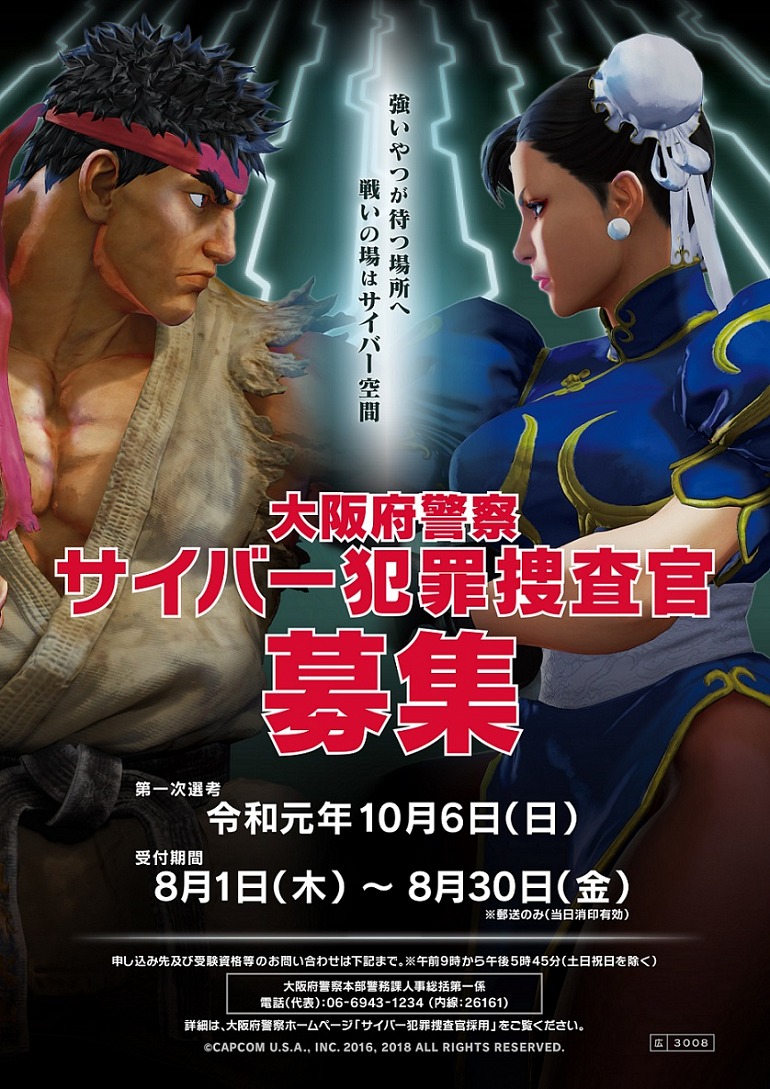 Japan once again demonstrates that video games have enormous importance in their culture and social fabric. So much so, that the characters of the mythical Saga Street Fighter star in a new official campaign that tries to recruit new police officers, with special attention to the cybercrime units.

Capcom has joined forces with the Osaka Prefectural Police, and other nearby towns, to create public awareness campaigns and crime prevention since 2013. This time it is about attracting the attention of potential new agents by distributing 3,000 pamphlets and 1,000 posters distributed in different public spaces since yesterday, July 2.

No doubt Street Fighter is one of the best-known brands of Capcom, which this year celebrates its 40th anniversary with a story full of great hits such as Resident Evil or Monster Hunter, which are authentic social phenomena among the Japanese population.