KB4530684 bumps the version number in order to build 18362.535 and 18363.535 for the May 2019 Update and also November 2019 Update respectively. And according to the company, addresses a problem when creating a local account, error on some of the devices, and also improves the security of Windows 10.

You can also download the updates in order to install them manually for version 1903 along with the links below:

If you guys are running version 1909, then you need to use these links:

Update for older versions of Windows 10

However, the version 1709 (Fall Creators Update) is no longer supported. Organizations running the Enterprise or Education edition of Windows 10 are getting then updates KB4530714. In order to address many issues and bumps the version number to 16299.1565.

The windows 10 version 1703 (Creators Update) is also no longer supported either. However, the organizations with devices still running this release can now download KB4530711. That fixes a few problems and ramps the version number in order to build 15063.2224.

Also, the Windows 10 Anniversary Update, version 1697, is getting these updates KB4530689. In order to address some problems with the no longer supported operating system bumping the version number to build 14393.3384 as well.

Finally, the original release of Windows 10 is getting these updates KB4530681 bumping the version number to 10240.18427 in order to address many problems.

If the KB4530684 update is causing issues on your device, then you can always uninstall it to go back to the changes.

Use these simple steps if you want to uninstall any quality update on Windows 10:

When you complete these steps, then the recently installed update will be deleted from your computer fixing any issues as a result of the release. 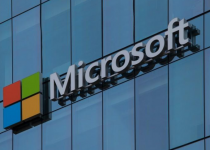