What do you know about Nexus 6P Custom ROMs? Are you ready to upgrade your Nexus 6P to Android 10? Then you must try to install a custom ROM on it. In this article, I have discussed some best custom ROMs for the Nexus 6P. It is based on Android 10. These ROMs will be categorized on the basis of  – Performance, Updates, Stability, and other Features.

In Google’s Nexus series, Huawei’s Nexus 6P was the last phone and it’s the end of a generation of a budget-friendly, yet flagship-level lineup. The phone is proved to be a strong contender against the OEM flagships (besides the infamous bootloop problem).

Also, the Nexus 6P also received its last official software update in December 2018 which was based on Android 8.1 Oreo. Unfortunately, it can’t receive the official Android 9 Pie support from Google. Well, as Android is an open-source, that can’t stop you while updating your mobile, should it?

The custom ROMs goal is not reduced to enabling you to run the newest Android model on your phone. Also, it extends the way further. However, Custom ROMs also offer you lots of flexibility and choices to customize your mobile software according to your requirements, both visually and performance-wise.

If you have the Nexus 6P and can’t cross paths using the custom ROMs till now, then this is the best time to move in. They help you get the latest Android version and security patch on your mobile, but it will supply you with amazing features that the stock software doesn’t.

Google devices have always become the most development-friendly and easily customizable also the Nexus 6P isn’t any different. As its launches in 2015, there has been a gathering of various custom ROMs that are available for the phone.

Besides stock software/ROM, you have many options when it comes to custom ROMs and each one will be quite different in its own ways. And you don’t want to install each and every one of the ROMs to look the best one.

So, here have put together the best custom ROMs for the Nexus 6P. Just like mentioned above, all these ROMs have been selected on the basis of four various factors – Performance, Stability, Updates/Support, and amazing Features. ‘Battery life’ is another best feature that I would have considered.

The ROM enables you to get Android 10 on your Nexus 6P with all the unique features such as the system-wide dark theme, better gesture-based navigation, smart reply in alerts, and lots of more. LineageOS 17.1 also includes lots of amazing features to help you to customize parts of the software as per your requirement.

For example, you can easily customize the status bar, hardware keys, quick settings, and gestures using the in-built settings. However, the in-built Trebuchet launcher in the ROM also features its own modified model of Google’s theme engine as view on Pixel devices. Also, it’s certainly more flexible and offers lots of customization.

If we talk about the performance of ROM then it is excellent.  Especially If you’re coming from stock Android 8.1 Oreo. You don’t notice even the slightest lag when we compare it to some other Android 10-based ROMs for the Nexus 6P.

However, currently, the ROM is available as an unofficial port. Also, it gets consistent updates from the manufacturer including the latest Android security patches. The ROM also adds an in-built OTA updater. It helps you to update your mobile to the newest model when it’s launched by the developer.

The LineageOS 17.1 support for the Nexus 6P.

PixelDust is the latest Android 10 custom ROM for the Nexus 6P. Come let’s talk about its feature:

Starting with the features, as the ROM is based on Android 10, it offers all the amazing OS features such as system-wide dark theme, latest gesture navigation, location and privacy controls, and lots of more.

Things get really interesting when we talk about its special features that this ROM offers and according to manufacturers you “would’ve been missed if they hadn’t been included”. These features are always present under the ‘PixelDust Settings’ menu. It includes everything you’d want for customization. There we go:

However, the ROM also includes some essential customization features that you’d enjoy. PixelDust ROM comes with pre-installed Google apps from the Pixel phones and you can also install the Pixel 4 apps on your Nexus 6P.

However, the ROM runs the stock kernel built directly from AOSP. It also offers some fluidity and optimal performance throughout the OS.

On the development/update front, PixelDust ROM would be daily updated with the newest monthly security patches. It means that you can be glad when it comes to security and privacy.

Here’s another one of the best custom ROMs for Nexus 6P is the Pixel Experience ROM. For some time now, it becomes the option of custom ROM for many various OEM device users. Also, it enables them to get the full Google Pixel-like experience their phones.

However, it includes lots of Google Pixel features such as Rules, Always-on Display, custom accent colors, fonts, etc. It also includes the features that were launched by Google in its newest Pixel Feature Drop. Also, it comes with pre-installed Google Apps that you are found on Pixel devices. So you wouldn’t want to install them separately.

The Nexus 6P Custom ROMs include many features from Pixel phones that are resource-heavy. However, your Nexus 6P’s UI might feel a little bit pause after the first boot.

Now, the only disappointing part of Pixel Experience ROM is development and updates support. The ROM can’t be updated with the newest security patch because of the absence of a device maintainer.

So, if you want to get the stable Pixel-like experience on your Nexus 6P, then give it a try to Pixel Experience ROM.

AOSP ROM for Nexus 6P enables you to enjoy the stock Android experience. It’s one of the best choices for users who like to get Android 10 on their mobile without any extra features or customization choices out-of-the-box. This will enable you to experience the same performance or stability as on the official Android Oreo firmware.

As the ROM is fully based on Android 10. So you want to enjoy all the features that are offered by this latest Android model. The features include all-new gesture navigation, smart reply in notifications, system-wide dark theme, and privacy & location controls are just to name a few.

If we talk about performance and stability perspective, the AOSP 10.0 ROM offers lag-free and fast experience while navigating through the OS or while switching apps.

When it comes to updates and development, the ROM features the newest Google security patch and can be updated every month with it. So if we talk about privacy and security, you’re completely sorted.

So, AOSP 10.0 ROM for Nexus 6P is the best option for those who like to get Android 10 on their mobile. Also, they don’t want any customization choices. However, you can still root your mobile using Magisk and use modules for any type of customizations you might want.

The technique of installing any custom ROMs is quite easy and straightforward. However, I would still suggest going through the XDA thread of the ROM you select to install for installation steps provided directly by the developer.

If you want to install a custom ROM, initially unlock the bootloader and then install the TWRP recovery on your Nexus 6P. In addition, some ROMs might support File-based Encryption (FBE) and for some ROMs, you simply install an unofficial build of TWRP. Not just this but also ensures that you take a backup of all your confidential data.

Here are some steps on how to install a custom ROM on Nexus 6P:

Install or download the ZIP file of the custom ROM of your choice.

Then, install the GApps ZIP file if you want too. Make sure some custom ROMs such as Pixel Experience come with in-built Google apps. For these ROMs, you don’t want to install and flash the GApps ZIP.

Also, download the latest Magisk ZIP file from here if you wish to root your phone.

CTRL+C all the downloaded ZIP files to your mobile Nexus 6P’s internal storage.

When the files copied successfully, then disconnect your mobile from the computer and power it off.

Now, hold the both Volume Down + Power buttons simultaneously to boot your phone into Bootloader Mode

Click either of the volume keys until ‘Recovery Mode’ appears on the bootloader screen. Then hit the power key to confirm and boot your mobile Nexus 6P into TWRP recovery.

Once chosen, simply wipe the partitions by moving or swiping the button on the screen.

Now, move back to the TWRP main screen and click on ‘Install’.

Then navigate to the internal storage, choose the ZIP file of the custom ROM you have installed, and swipe the button under the screen to install/flash it.

Also, you can flash the GApps when the ROM compatibles it and Magisk if you like to root.

Once installed successfully, head over to ‘Wipe’ > ‘Format Data’ in TWRP and mark ‘yes’ in the given field to format your Nexus 6P’s data section.

Once everything is done, head over to the ‘Reboot’ menu in TWRP and hit the ‘System’ button to reboot your mobile into the installed custom ROM.

Which Nexus 6P Custom ROMs is the best?

Honestly, there’s no “one” specifically best ROM for everyone, as it’s subjective. I probably prefer lots of features over performance, and you probably not, and so on. And that’s the idea behind this article, to get the top Custom ROMs under one roof and enables you to select which one is the best custom ROM for your Nexus 6P. However, I would surely want to share my own experience and provide suggestions that are based on my personal usage.

If you’re wondering for a good amount of customization choices. Then I would prefer to go for PixelDust ROM. If performance, fluidity, and features are your need, then LineageOS 17.1 ROM is the best choice for you. And if you prefer Android experience then install Pixel Experience ROM or AOSP 10.0 ROM.

My favorite ROM for the Nexus 6P is LineageOS 17.1. Well, though all the above custom ROMs utilize the same base. But LineageOS 17.1 ROM has slightly noticeable benefits when it comes to stability or performance.

So that’s all, here is a list of best Nexus 6P Custom ROMs. We have tried and collect the best possible list for our beloved readers. If you think that we missed any of your favorites, then let us know by commenting below. We will surely put it up on the list. 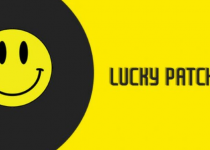