Are you looking for a Snapchat Screenshot hack? Snapchat is the most popular social media service that enables users to upload images or videos or share them with friends which expire after a few seconds, the maximum being 10. Well, it means that you can share funny or embarrassing pictures of yourself without thinking twice. There’s no stopping anyone from capturing a screenshot of your picture on their mobile. But Snapchat alerts the person whenever you capture a screenshot of their story or picture. In this guide, we’ll discuss how you capture a screenshot on Snapchat without knowing them; and no, we won’t be talking about kids stuff like taking images of the display screen from another mobile rather than we’ll cover some efficient or real hacks. So, let’s start.

This is one of the weirdest processes but it also does not involve installing or sideloading any sort of third-party apps on your mobile. The idea is quite simple; allow Snapchat to load image or story, disable your Wifi connection, and capture a screenshot. Now, before Snapchat can share any sort of notification to the sender, you can wipe the app cache and data from settings.

Here is how you do it.

Head over to the Snapchat and remember that the required snap has been completely loaded.

Once that is out of the way, move ahead and disable your WiFi/mobile data or just switch to airplane mode or open the snap.

Now capture that screenshot but don’t move back on your connectivity yet.

This is the most essential step in this process. Head over to System Settings > Apps > Snapchat > Storage > Clear Cache and Clear Data.

The best great bonus to this technique is that the sender doesn’t even show that you viewed the snap allow alone being notified about any screenshots. But the cons are that after wiping the app cache and data, you can then get logged out and again log in every time you do this.

How To Use Screen Recording App 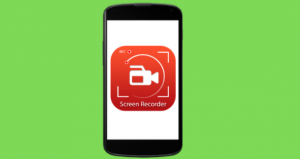 On Android, Snapchat can’t detect whether you are recording your display screen or not, while you are in the app and this technique takes full benefit of this shortcoming.

Download or install any screen recording app from the Play Store. (Az Screen Recorder looks to work quite good)

Now head over to the Snapchat and initiate your screen recording.

While the recording is going on, open or view the snaps or stories which you like screenshots to be taken off.

After this, stop the recording.

Head over to your gallery or file manager then opens up the recorded video. You can now take as many screenshots as you want from the screen recording being played.

If we compare to the earlier method, this is very flexible and you can then record for as long as you want and capture screenshots from the video later. However, handling a very long video might need some patience. Just keep in mind you must set the highest resolution and format to get the good result possible. 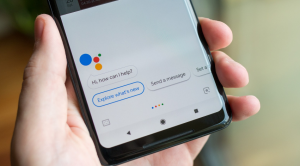 This is very smart and one of the simplest methods to capture a screenshot of anyone’s Snapchat story without even knowing them.

Head over to your Snapchat to the picture(s) that you like to screenshot.

Now call the Google Assistant after saying “Ok Google” simply by holding down the home button.

All you need to do is to ask the Google Assistant to capture a screenshot by saying “Take a screenshot” or you can then type it out.

However, the entire process is very easy simple, one little irritation I had with this technique is that the Google Assistant doesn’t provide an option of saving the screenshot directly to your gallery but rather than many sharing options such as sharing with someone else or uploading Google Photos.

Can’t save directly to the gallery

After executing an older device or older model of Android where the Google Assistant is not compatible or is not supported in your language. So here is a free app Copy (Text & Screenshots). Once you assign it the exact permissions and then set it as the default Assist app, it works quite similar to the Google Assistant; you can then call it by long-hitting the home button and tapping on the image icon to capture a screenshot. 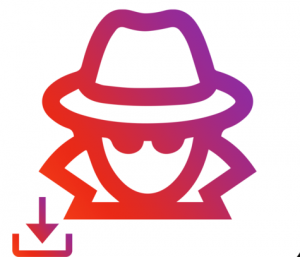 SnapSaver is another amazing app from the Google Play Store which lets you to secretly capture a screenshot of anyone’s Snapchat pictures. The app acts as a hybrid of using the earlier two techniques. You can initiate a session and you can capture pictures of your screen any time during the session.

Head over to the Snap Saver app and initiate a session.

Head over to the Snapchat and then open up the snaps you like to save.

Tap on the pop-up camera icon on your display screen to capture a screenshot.

You can now end the session by moving back into the app.

However, the app comes using its own gallery where you can view all the screenshots or screen recordings that you have captured and you can also send them directly from there. It can also provide many options and settings to select from and is overall a solid method.

Irritating ads in the free version

Pro Tip: If you are using a Samsung Galaxy, you can then skip all these and use the Smart Select or S-pen’s Screen Write feature which captures a snapshot of the screen but this doesn’t alert the sender after using in the Snapchat app.

That’s all about Snapchat Screenshot Hack! So these were some of the best techniques to capture screenshot Snapchat without notification on your mobile phone. These are the only methods that are working well. Did you use any of the given methods? Or did we miss any of your favorites? Let us know in the comments section below.