Well, with the increase of data on this freaking planet on a daily basis. We actually need storage but only storage doesn’t solve our issues. In addition to storage, we need performance as well. So what to do to increase the performance of our PC or Laptop. Which storage device should we select among SSD, HDD, or SSHD? In this article, we are going to talk about SSHD VS HDD VS SSD – Which is Best For You. Let’s begin!

If you go for buying a system or laptop then there are many specs you might know before buying. One of them is actually storage components. The storage components have three types of drives one is Solid State Drive, the second is Solid State Hybrid Drive, and the other is Hard Disk Drive as well. Now here the question is what are all of these and what is the difference between these three. This is very must to know about these two storage components so that you can easily configure them and decide which one your system should have. The usability of HDD, SSD, and SSHD are really different according to the needs as three of them are used on different events.

Let’s have a complete difference between these three so you guys can have a clear understanding of this HDD, SSD, and SSHD before even buying a storage component.

SSHD is basically termed as Solid State Hybrid Drive. You guys can take SSHD as the ultimate solution for storage and also performed within the budget. SSHD gives you storage capacity such as HDD and working performance such as SSD. 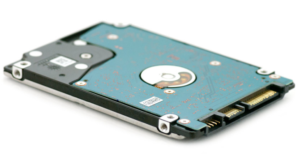 How SSHD works | SSHD VS HDD

SSHD works through using a small amount of high-performance NAND flash memory. It saves the most frequently used data along with the help of this flash memory. With SSHD, files can be accessed instantly because it has an SSD portion of the drive that is 8 GB in size.

HDD is basically termed as Hard Disk Drive. The HDD s available since really old. In 1956, IBM used it for the first time. It has a mechanical arm that moves in order to read and write the data on a particular location. If the user needs any information, then HDD has to walk around that place and grab the data, so this actually takes the time to retrieve any required information along with HDD. In short, HDD requires physical movement in order to fetch or get any information.

Hard Disk Drives have moving mechanical parts that basically spin and for that, they make noise whenever using them.

In order to write the data, HDD can write data to any location on the plate at any time. So there is a chance of data overwriting along with HDD. That can create an issue for some of the events. The HDD has benefits, it has the capability of storing a large amount of data into it. 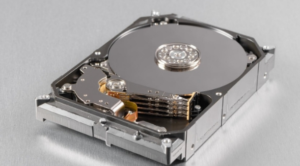 How HDD works | SSHD VS HDD

A read or write head moves above the platter in order to read and write the data. Each and every platter has 2 read or write heads. One is for reading the top surface and the other is to read the bottom surface.

The data is saved in order properly. Firstly HDD stores the map of sectors, which sector is having data already or which sectors are free as well. Then after finding the free sector, it writes the new data over those free sectors too. And if HDD has to read the data, the same process will run but in the opposite.

A solid-state drive (SSD) is basically a solid-state storage device that uses integrate circuit assemblies to save data persistently. Typically using flash memory, and functioning as secondary storage in the hierarchy of computer storage as well. The memory in SSD is stored in microchips actually.

If you guys need any information, SSD does not actually have to walk around anywhere to retrieve any information, it gets it directly within. It’s a very quick way than HDD, as HDD has to move around in order to get the required information. 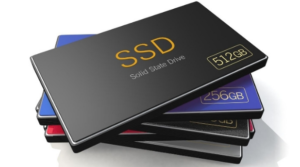 How SSD works | SSHD VS HDD

SSD have a Controller that serves as a processor. All operations of reading and writing are done by this Controller as well. SSD uses “flash memory” as RAM however, SSD does not clear the memory when power is down, the memory remains saved in it.

SSD uses a grid of electrical cells to quickly receive and send the data. These grids are separated through Pages as well. Pages are the location where data is save. Many pages together make a block as well.

SSD only writes if any blank page is available otherwise it does not write on an already written page actually. So there s no chance of data overwriting in SSD as well.

Alright, That was all Folks! I hope you guys like this “SSHD vs HDD” article and also find it helpful to you. Give us your feedback on it. Also if you guys have further queries and issues related to this article. Then let us know in the comments section below. We will get back to you shortly.