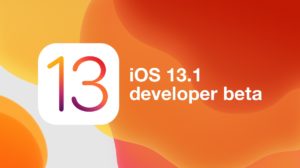 Apple surprised us yesterday afternoon publishing the first beta of iOS 13.1, at first we all thought it was a mistake since the final version of iOS 13 is not yet public, however shortly after it was confirmed that it was not a bug and that both betas will coincide in time, although we do […]