You are here: Home / Archives for US Supreme Court says users can sue Apple for monopoly with App Store 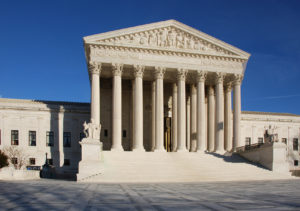 At the end of last year, we reported that a monopoly charge on the App Store would be judged in 2019 by the United States Supreme Court. To those who have no idea what we are talking about, here is a summary. A lawsuit filed in 2011 accused Apple of operating an unlawful monopoly with the app store – the […]