Audio Equalization is basically a technique for adjusting the balance between audible frequency components. Before that many heavy instruments were used for Equalization, and these were known as equalizers. In this article, we are going to talk about The Best Graphic Equalizer for Windows 10. Let’s begin!

The use of audio equalizers becomes really important if you listen to music frequently. Each and every music type has its own settings of volume for the speakers. Such as, pop music beats are different from folk. Audio equalizers will adjust the speaker settings to be in line along with the type of music or audio you want to listen to.

Windows basically comes with its own audio enhancer settings. You can access it, just follow the steps below:

The enhancements provided by Microsoft are really limited. That’s why we prefer to have third-party audio enhancers rather than the Windows built-in tools.

So let’s have a look at our top picks for audio enhancements. Before we start there are few caveats, audio enhancers can put more load on your CPU because more audio processing will be involved. And most of the time the default speakers and cheap headsets may even fail to demonstrate the effect of audio processing. So you should choose the software that is compatible with your CPU and your audio device.

Our first recommendation is the Equalizer APO. It’s actually the most powerful, customizable, and full-featured free sound equalizer that you guys will find. The app operates as an Audio Processing Object (APO), so if your audio uses APIs such as ASIO or WASAPI, it will not work. 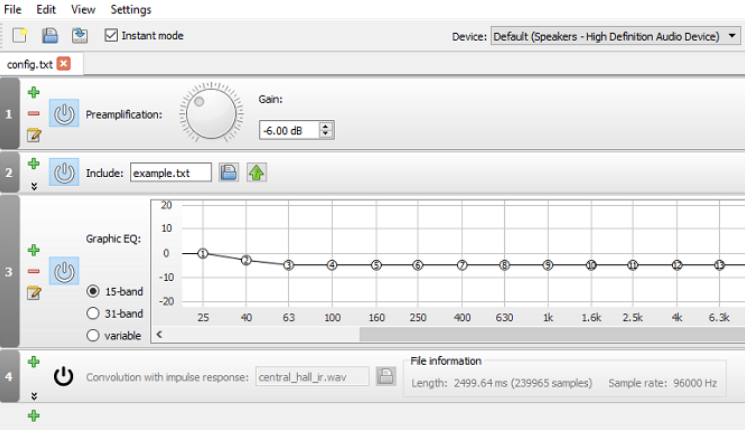 Equalizer APO‘s best features basically include an unlimited number of filters, multi-channel use, support for 3D surround sound, and very low CPU usage as well. You can also create multiple profiles (perhaps for your external speakers and your headphones actually) and hop between them in a flash.

The big drawback is basically the lack of a graphical user interface (GUI). You guys need to edit the filters in a TXT file actually. Thankfully, many third-party GUIs are available. We actually recommend Peace Equalizer.

Viper4Windows is actually an open-source sound equalizer for Windows 10. It also works along with Windows Vista, 7, and 8.1.

The equalizer also offers an impressive 18 bands; it’s as many as you can hope to find on a consumer-level computer-based equalizer. The bands’ actual ranges run from -120dB to 13dB. As you’d expect, you guys can create your own profiles or use one of the many available presets as well. 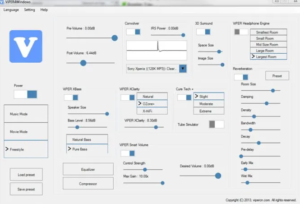 Viper4Windows also offers some features beyond sound equalization. They also include:

(Note: Make sure you set Viper4Windows in order to run in administrator mode. Right-click on the app’s file and head to Properties > Compatibility > Settings > Run this program as administrator. Doing so ensures that the equalizer will still work if another app runs the software actually.)

The FXSound app is actually two tools in one. There’s the equalizer (and its associated effects) and the real-time audio processing feature too.

Firstly, let’s have a look at the equalizer. It basically comes with 10 bands that go from 110Hz to 15KHz. There are also customizable sliders for fidelity (to decrease the muffled sound in compressed audio), ambiance (to add extra stereo depth). Surround sound, dynamic boost (to increase the loudness along with increasing the dynamic range), and bass boost too. The preset profiles also include Rap, Alternative Rock, Dialog Boost, Country, Techno, and countless more as well. 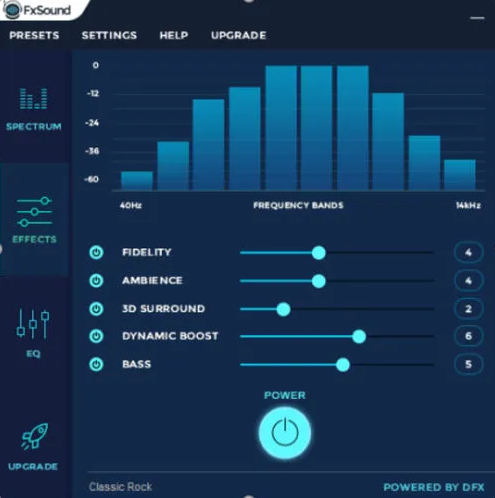 Real-time processing excels when you guys are listening to the audio on the web. internet audio is only 16-bit, however, FXSound uses a 32-bit processor. The processor automatically adjusts the fidelity, ambiance, and also surround sound of the audio, then re-dithers it into 16-bit as well. This allows the app to improve significantly on the theoretical limits of the web’s 16-bit output actually.

The highlights of the Equalizer Pro are:

Well, equalizer Pro is another popular choice. It’s much user-friendly than Equalizer APO thanks to its clean and clutter-free interface. 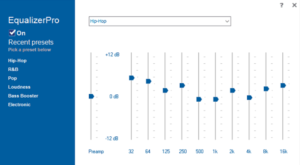 The app actually offers a ten-band equalizer. That’s not as many as some of the other sound equalizers in this list and way behind professional music equipment that might provide 30 or more than that. But, it’s more than adequate for all but the most dedicated audiophiles.

Equalizer Pro actually comes with 20 presets a system-wide bass boost feature, and the ability to save your own equalizer profiles too. The app also offers a preamp volume control too. It means you can adjust a single band in order to boost low tones with needing to tweak each band individually.

Equalizer Pro is actually not free. You can enjoy a seven-day trial, however, thereafter you will need to pay $19.95 for the license.

Boom3D is an equalizer app for both Windows 10 and macOS as well.

The software is primarily designed for folks who listen to their computer audio through headphones. It can convert all your audio output into 3D surround sound without even any additional hardware or boosters. 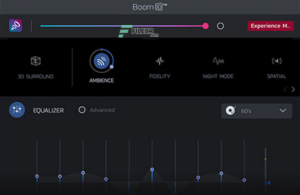 It also boasts one of the most advanced equalizers out of all the apps on our list as well. The equalizer has 31 bands and dozens of presents, both of which combine in order to provide an immersive listening experience, regardless of the genre of audio you are playing.

Breakaway Audio enhancer is not actually an ordinary audio enhancer however, a pro tool that has the potential to enhance audio, videos, web browsers, and games as well. Multi-band dynamics processing restores spectral balance to your music library and also multiple look-ahead peak limiters give distortion-free transient control. That makes tunes sound louder and also punchier sound when bringing out subtleties you never knew existed actually. 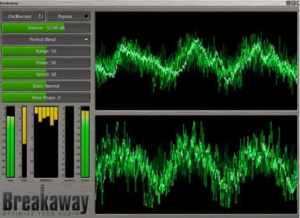 One of the highlighting features is that it can also automatically adjust volume dynamics. And spectral balancing also can correct song-to-song volume shifts and overdrives too. Breakaway Audio Enhancer can cost you 29.95$ before you guys can try it for free for 30 days.

Our last option is also a paid offering, however, this is a more professional-grade application it along with real-time audio processing also gives a comprehensive graph. That helps further tune the sound moreover it can also turn sounds of different sources more consistent. Graphic Equalizer Studio permits you to watch minimum and maximum amplitudes. 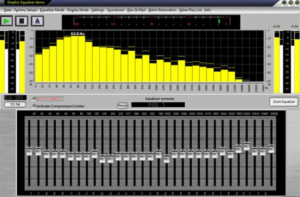 Varying the “Q-Factor” changes the overall tone quality so that you can create a softer, finer, more blended sound as well. Graphic Equalizer will actually cost you 49$ however, it also comes with a 30-day trial so that you can try it.

You guys might be thinking that how good this lackluster audio enhancer is. Firstly your experience can vary along with this one since OEMs rebrand them. And put extra enhancement exclusive to some machines anyways it is really basic. However, it’s really good for basic enhancement such as boosting bass or treble and highlighting the vocals given. That you know what frequencies that you guys want to tune as it does not have many useful preset. However, because of its simplicity and ease of availability, it’s worth a try. 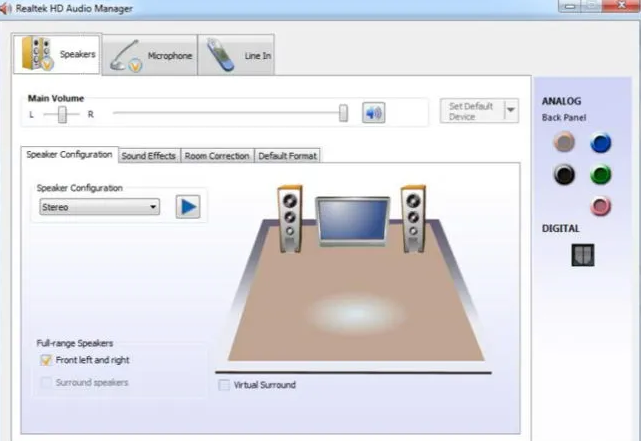 Being a Chrome app that actually has both advantages and disadvantages. On the downside, it will only work along with the audio that’s produced from within the Chrome web browser. It cannot change the bands across your whole machine.

But, most folks do the majority of their audio listening via Chrome on the desktop. If that’s YouTube, Netflix, Spotify, or something else entirely actually. The extension will also work across all your devices that run Chrome and won’t eat via your system resources.

If you guys do a lot of work along with a microphone—perhaps because you guys have started your own podcast or upload a lot of videos to YouTube. Then you should try Voicemeeter Banana.

The app’s main feature is actually the advanced audio mixer. It actually lets you control your computer’s audio for any type of streaming or recording.

From an equalizer perspective, the mixer actually lets you adjust audio input as well as output. Thus, if you are casting your screen through Twitch, speaking to the family on Skype, or recording a podcast with your friends. Then you can make up for any microphone deficiencies through making the sound crisper and less distorted. You can also play with the equalizer settings in the app’s Master Section.

Voicemeeter Banana is actually donationware. You can also pay what you like for the software, and you do not have to pay anything at all as well.

Alright, That was all Folks! I hope you guys like this “graphic equalizer for windows 10” article and also find it helpful to you. Give us your feedback on it. Also if you guys have further queries and issues related to this article. Then let us know in the comments section below. We will get back to you shortly. 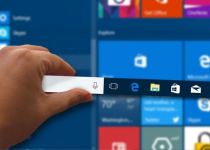 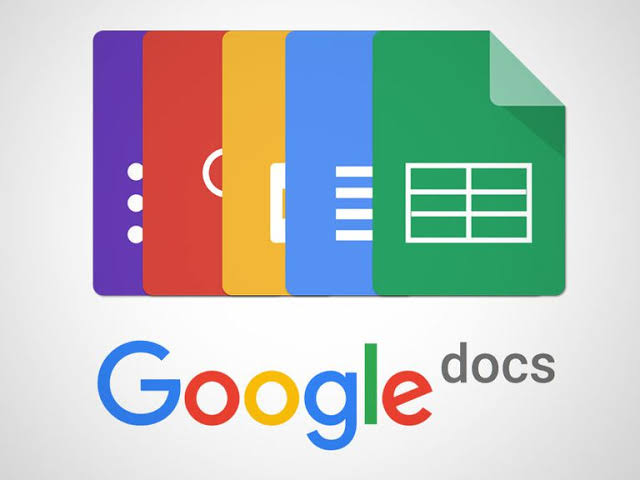