Lucky Patcher a word that you would have heard many times from app developers and game hackers. You would have commonly heard from some person that says that he has unlimited coins in subway surfers or many other games. You can do it directly through downloading some Modded APK from the internet that increases the risk of threats or using lucky patcher. So now you would have probably know what lucky patcher is. In this article, we are going to talk about The Best Lucky Patcher Alternatives to Hack Games

Well, out of all those, Lucky Patcher seems to be the best one and thousands of users right now use it. Lucky Patcher for Android permits users to modify the app data. In order to make changes Lucky Patcher can also remove ads from apps and games as well. But, the Lucky Patcher app is not the only one of its kind. In fact, there are lots of Game hacker apps available for Android that offers similar features.

What does Lucky Patcher do?

Lucky Patcher is actually a free app developed and continuously maintained by a team of members. It also offers its users a patch for in-app purchases and much more. Lucky patcher works through changing the app data (Data of the APK). Mostly the AndroidManifest.XML file as well. You can do it manually through an Android SDK Using Android Studio. If you take the example of removing the ads through patching, It does it through removing the containers in which ads are displayed actually.

It basically uses the concept of Reverse Engineering. Lucky Patcher checks internally for the equivalent hexadecimal values for the matching Java code in the .dex files (inside the APK File) that is actually written for the In-App purchases.

Well, in this article, we are going to share some of the best game hacker apps or Lucky Patcher Alternatives as well. That we can use on Android smartphones. Some of these apps work on a non-rooted device, however, others need root access to work. 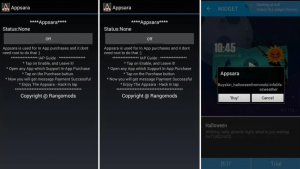 This is one of the most favorite lucky patcher alternatives actually. The main benefit of using AppSara is that it does not need the rooting of your android device. Rooting an android device or jailbreaking an iOS device is actually the sort of thing that the user always wants to stay away from actually. In this case, AppSara can be the best solution to have unlimited resources that you can access only after payment. However, there are 50+ Android apps and games supported by AppSara. 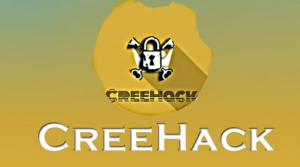 It’s a famous Lucky Patcher alternative on the list which allows users to play with Android app data. The game hacker app is compatible with almost all popular apps and games, and it can help you to make unlimited in-app purchases. Another best thing about LeoPlay Card is that it works on both rooted and non-rooted Android smartphones. 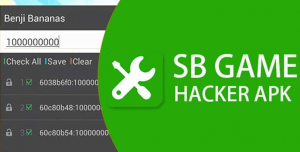 This one is probably the best and the most effective game hacker app that’s available for the Android operating system. Along with SB Game Hacker, you can avail of unlimited gaming items such as Unlimited Golds, Unlimited Elixir, Unlimited Coins, etc. The app works on both non-rooted and rooted devices, however, it works best on a rooted device.

This is basically a game hacker app, however, it follows a unique approach. Rather than modifying the app data, the app lets you purchase premium features for free. In order to do so, it uses lots of illegal things such as fake cards, fake account details, etc. The use of this app might lead to an account ban actually. 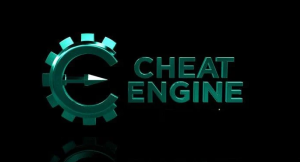 Weel, it is an open-source game hacker app that’s available for the Android operating system actually. The best thing about Cheat Engine is that it provides users the freedom to apply cheats on many games. It’s not a game hacker app, however, it can help you to apply cheats such as the wallhack, high jump, etc.

Well, GameGuardian is one of the best and top-rated lucky patcher alternatives on the list which can be used to edit game files. Well, Compared to Lucky Patcher, GameGuardian offers few other features like speed hacks, scanning for unknown values, etc. However, the app works only on rooted Android devices.

Alright, That was all Folks! I hope you guys like this “lucky patcher alternatives” article and also find it helpful to you. Give us your feedback on it. Also if you guys have further queries and issues related to this article. Then let us know in the comments section below. We will get back to you shortly.