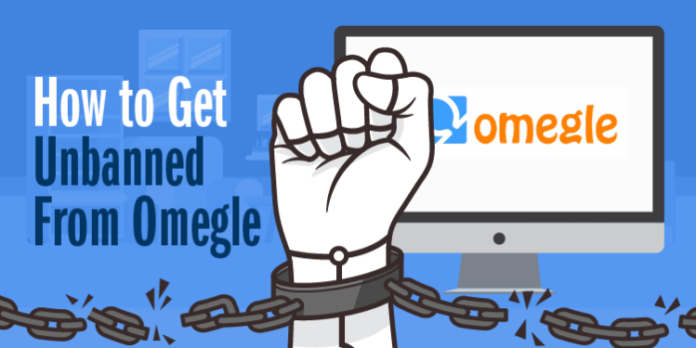 Do you want to get unbanned from Omegle? Omegle is the proffered chat site that allows you to talk with strangers on the internet. You just enter information about your need, then you are redirected to a random stranger with whom you can start a conversation.

Omegle is a text-based chat site also it has some other features such as video calling as well. It may look strange to seek out conversations with strangers. But also it can prove bizarre, enlightening, hilarious, or at least amazing enough to spend our time. For a privacy perspective, Omegle is completely secure.

Omegle has some strict rules about behavior or content that are allowed on the platform. Also, it acts as an automated blocking software that blocks users who break the rules.

However, certainly, the software is too eager and blocks innocent users. In this case, users use a VPN to get around the block. Come let’s take a look at more about Omegle. 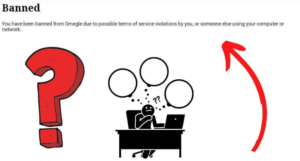 The Omegle terms of service are rather hard, and any breach of them can result in a ban. The issue is that while some bans are legal. Well, the ban happens automatically with the help of software.

You must consider some things which are against the terms of service that you would expect: no sexual harassment, no threatening messages, no nudity and etc. But there are also some rules and regulations that you might not be aware of. For instance, you can’t play any music tracks during calls, as this is against the rules and laws.

If you fight with another Omegle user, they might file a complaint about your behavior then Omegle banned you. The issue with this is that there is no choice for you to share your side story if the other user reports you.

You have problems with a bad internet connection. If your Wifi connection is poor or unreliable, like a 3G data connection on your mobile, then you probably find that you are frequently dropped out of chats in Omegle. If this happens many times, then the Omegle system thinks that you are a troll or spam bot and can ban you for that.

The major problem with Omegle bans is that there is no easy method for users to request bans because of a software error. These users search for methods to get around their ban just to keep using the service.

Omegle bans for 4 months. The time duration of a ban lasts depends on the situation of the reason that you were banned in the first place. Bans begin at one week in length and can for 120 days for serious issues. Normally, you just have to wait until Omegle unbanned you, but there is another way to get around it that we’ll show you in this guide. After committing a serious offense, you can then permanently banned from Omegle.

Different Ways To Get Unbanned From Omegle:

After you have banned from Omegle but are want to get back to using the site, there are different ways that can help you to do that. As banning depends on your IP address, so you just want to get a new one. After you get a different IP address, the Omegle system can’t recognize you as the same user who was banned, so you can then access the site and use it as normal.

The best method to get a new IP address is to use a VPN. We’ll display you full details of how to use a VPN. There are other options to get unbanned from Omegle, like using a web proxy to provide yourself a new IP address. As this can’t always work as web proxies can be checked by some services. An alternative method that you must try is to reset your home network to receive a new IP address after disabling your modem for a few minutes before turning it back on.

How Can a VPN Help You?

With the help of a VPN, it’s quite easy to get a new IP address and to easily access Omegle. Initially, you want to sign up for a VPN service and install the software that your VPN company provides. You can then install this software on the device that you like to use for Omegle – either your PC or your mobile. After you open the software, you can then use it to select any of the servers around the globe which are run by your VPN provider. Simply select your server and then attach to it through software.

After you connected to a VPN server, all the data of your device shares over the network will be encrypted. Not just this but also it is routed through that server. Also, it means that you are assigned an IP address at the server rather than your original IP address from your home network.

When you visit Omegle after connected to a VPN, you can then use the service if you have been banned as you now have a new IP address.

How to Select the Right Provider

Now that you know you want a VPN to get around a ban, you just want to choose a VPN provider. However, with different options of VPN providers to select from, it can be difficult to know which provider is best for your requirements. Although you probably think about using free VPNs to save some money. But we do not recommend this as free VPNs can steal your confidential data and make you less safe.

Use VPN To Get Unbanned From Omegle

Get Unbanned From Omegle Via ExpressVPN

As well as having extremely fast servers that are ideal for streaming the video. The most reliable VPN provider for accessing Netflix is ExpressVPN. With its huge network of servers in 145 cities in 94 countries. You will easily be able to spoof your location to watch Netflix from places like the United States, Canada, and Germany.

The connection speeds are good so you won’t be slowed down while chatting over Omegle. The software offers a user-friendly interface available for Mac OS, Windows, Linux, and Android, plus some games consoles and smart TVs. There are also some browser extensions available for Google Chrome, Apple Safari browsers, and Mozilla Firefox.

If you have tried some of the servers and not found one which is working. Then you can contact ExpressVPN’s 24/7 customer service and ask them to recommend you of which server to connect to. They should be able to point you to the server that you need.

The strong 256-bit AES encryption keeps your data safe and the no-logging policy will make sure your privacy.

Get Unbanned From Omegle Via NordVPN:

Here is another VPN option for Netflix users NordVPN. This service is perfect for the folks who are privacy-minded users. Thanks to its strong encryption and no-logging policy. It specializes in getting around region locks. So it has one of the biggest networks of servers along with more than 5,100 servers in 60 different countries.

NordVPN, in fact, has Netflix-optimised servers that do not need any extra configuration to work.

Get Unbanned From Omegle Via CyberGhost:

Cyberghost managed to reinvent themselves under new ownership. They have also improved operations greatly by adding a deluge of new servers and location Improved speeds by a long shot and upped the security for all their infrastructure.

Just open up the software and tap on the Surf Anonymously option. After this, you’ll be connected to a server that allows you a new IP address. Also, it will configure all of the settings and options for you automatically. With just a single tap, you’re ready to get back to using Omegle. There are many other options for other uses too, like unblocking streaming websites, torrenting anonymously, and protecting your network.

Above all, there is a review feature that allows you to thumb up or down on a server’s IP address. That pings the support team if a server has been blocked or not.

Omegle is an entertaining chat service, but it has some problems with its automatic blocking software, which can certainly block innocent users. If can block users for a minimum of 4 months, and it’s difficult to find a way to contest a ban. We’ve recommended many VPNs that you can use to unban Omegle and continue using the service.