Are you ready to get Snapchat on PC? If yes, then you are in the right place. Snapchat is the popular multimedia messaging Apps liked by tons of users. Million of users use Snapchat daily and over 1 billion snap posted every day. However, Snapchat with its amazing features has succeeded to attract lots of people. Snapchat app is also available for iOS and Android devices only. This needs only a few minutes and then you are good to Go. 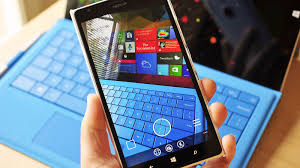 Snapchat is launched by a group of former students at Standford University. The major idea of Snapchat is to connect people all around the world. Snapchat is the 1st messaging App that brought AR into a messenger. It is just like the Pokemon Go game in which you can place any AR picture and experience it in the real world. Rather than AR Snapchat also gives features like:

How to Get Snapchat for PC

Snapchat is the only app available for Android and iOS devices. So if you want to get Snapchat for PC Windows to follow the following method.

There are many Android emulators available for PC. It helps you to run Snapchat on PC. Among all these emulators I recommend that use Bluestacks App player because I think it is the best Android Emulator in my opinion. But if you are looking for a lite emulator it’s not the best choice. In the Android emulator’s platform, we run an Android OS on PC. After using any Android Emulator you can install and download all Android apps and games on your PC. Also, if you don’t want to install Snapchat for PC, it is suggested to have an Android emulator on the PC.

Here are the steps to get Snapchat for PC using Bluestacks Android Emulator. Bluestacks App Player is my most favorite Android Emulator because of its extraordinary features. The good thing I like about Bluestacks is that it has amazing features like the capability to root the emulator. Other features like Key Mapping where we can assign the console or keyboard keys to control Android games. Bluestacks also provides a key assignment for any type of console.

Also, Install the downloaded file it will take some time.

Also, Download the Snapchat APK file and then install it. It’ll automatically install on Bluestacks when you double-tap on the APK file.

However, you can download and install Snapchat directly from the Play Store itself that you will find in Bluestacks. [Link]

Also, run the Snapchat and then log in on Snapchat.

I will recommend following the first method rather than the 2nd method. As it is the easiest and simplest method. Also, this method is reliable and essential in many cases. Remember using an Android Emulator needs better hardware for a smooth experience. 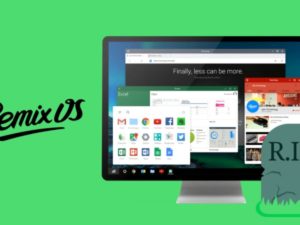 What is Remix OS?

Remix OS is an operating system based on Android. It includes all the functions of Android. Same as Android Emulator provides a platform to use Android Apps and games on the computer. So if you don’t like to use an Android Emulator then you must use Remix OS. Also, we can say that the Remix OS is more efficient and better than Android Emulator because it uses all the resources on the computer and so everything runs at maximum capacity. But you want to install it as a dual boot system. Also, it means if you are using Remix OS you can not use Windows except in case of VMWare.

The Remix OS installation is difficult. So you want to install it very carefully. Essential links are available on Remix OS official site.

Once you install Remix OS follow the given steps to get Snapchat for PC.

Initially, you need to install the Snapchat APK. Now move to the settings > security > enable the Unknown Sources.

Also, install the downloaded app on your Remix OS. Once installed, simply open the app and enjoy messaging.

You can also install the Play Store but initially, you need to install Play Store on Remix OS. Because of Remix OS, it does not provide Play Store by default maybe the latest update has play store.

How to Get Snapchat for Mac 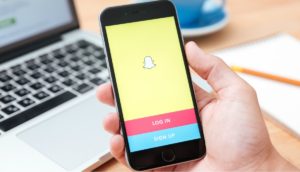 Initially move to Bluestacks Official Site and Download the setup.

Also, open the setup to begin the installation procedure.

Provide App Store access and Application communications and then tap on Install.

Also, tap on continue to agree on their terms and conditions.

While installation, you may get the System Extension blocked message with two choices open security preference and OK.

So here you need to select Security Preference. And then tap on Allow.

After this wait for few minutes for the installation and then Enjoy Bluestacks on your Mac OS.

After successful installation just follow the steps. One of the sections on how to get Snapchat for the computer. And then you can use Snapchat on your Mac.

That’s all! how you can get Snapchat for PC. These are the two methods you can find on the internet. I can not say that these methods are the time saver but these methods are good in other ways. Here I will recommend going for the Android emulator method due to it enables you use Android apps along with Windows OS.

For further queries and questions let us know in the comments section below!