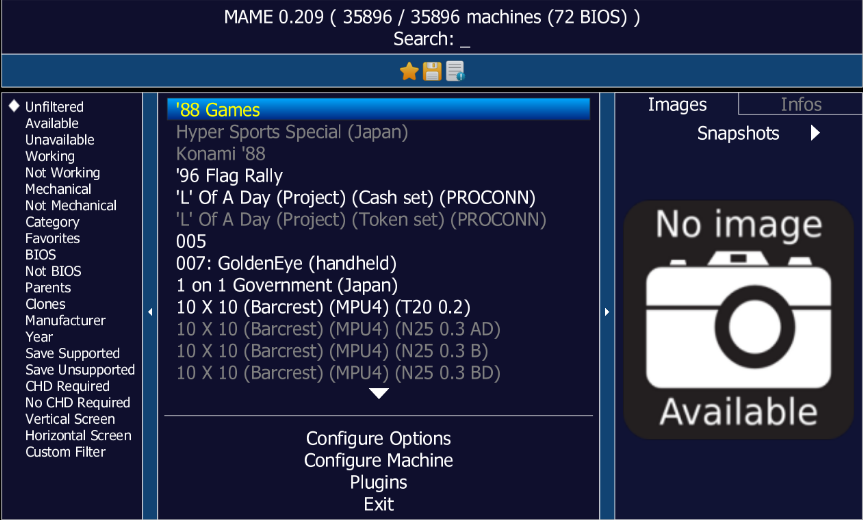 Are you looking for CHD files? If you are into retro gaming, you might have come across files with the extension of “.chd”. In most situations, those files have some things quite common: they have cryptic names, are quite large, and don’t look essential in anything.

CHD files are arcade game disk pictures used by MAME. It explains why they are so large in file size. Currently, they become quite popular among lots of emulators that use large ROMs. Also, it includes emulators like some of the PlayStation Libretro cores in Retroarch and, by add-ons, all the amazing emulation-oriented distributions for the Raspberry Pi series of microcomputers.

If your CHDs are MAME ROMs, they saved in folders with the same name at the bottom of MAME’s main ROM folder.

If they are game backups for the real PlayStation or console that used uses optical discs, they should, in some situations, put directly in the emulator’s ROM subdirectory.

During console emulators, CHD files contain the whole game, so you can “open them” in the emulator and begin playing. In MAME, though they are part of the game due to MAME emulates arcade machines.

Besides gaming consoles, arcade games usually had dedicated software or hardware that differed from game to game. The software part is typically saved in ROM chips. At some point, using ROM chips quite costly and games getting bigger with more impressive visuals, their manufacturers begin using CDs or hard disk drives. They used them to save the most substantial assets of games – audio, graphics, music, animations – while keeping the game smaller “core parts” on the ROM chips.

CHDs are usually useless on their own with MAME. You want the actual ROM files that accompany them to use them. However, the CHD files contain the game’s assets but not the game itself. You also find the ROMs that move with your particular CHD file and any additional files related to the hardware on which the game ran. For that, as it remains a legal gray area, we can only say that Google is your friend.

Put those ROMs in MAME’s ROM subdirectory, put your CHDs in the same spot but sub-directories using their own name, and then try executing the ROM with MAME. If you can’t use a command-line but a GUI-based variant of MAME, you probably want to execute a scan/audit of your ROMs first.

The amazing tool for working with CHD files comes with their source, from MAME itself. It’s known as chdman. However, it depends on your MAME set up, it’s either installed or bring it on board with the command:

If you want to check a CHD image and view some information about its structure, use:

You can also use the same tool both to pull out the contents of a CHD file and to create one.

Pulling out a CHD to a more accessible format, such as IMG for hard disk drive recovery or a BIN & CUE combination for CD backups. It has a point only if you’re trying to use those files in a distinct emulator that can’t compatible with the CHD format. In the case of hard disk image files, use the command:

For CD recovery, replace extracthd with extractcd in the above command.

After using an emulator such as Demul or PCSX ReARMed, RetroArch, or other emulator distribution for your Raspberry Pi. Also, you have to put your CHD files in the emulator’s ROM path for it to check and use them.

Your ROMs folder also looks disordered if it contains recovery of more than one games that:

That’s due to, using the CUE & BIN combination. Each track of the real CD is stored as a separate BIN file. So a single game can be divided into lots of files.

The CHD file format also created as an advanced way for saving these ROMs. They also excel in every regard. Everything can be added in a single file. For example, typical data can be compressed with the zlib algorithm. But person tracks are compressed with Flac.

If you want to change a game split among a CUE and lots of BIN files to a single CHD file, use:

However, you don’t tweak the compression parameters. The optimal choices will be automatically selected for you. While conversion, chdman will present, among other information, the various sorts of compression it uses in each case.

When the conversion ends. Simply try to load your latest CHD file in the same emulator you firstly used for loading that game. If it works, remove the original files and move to the other game.

If you keep many retro games around, after changing the largest of them to the CHD format, at least for the emulators that compatible it. So, you can simply end up storing several gigabytes of space.

Here’s all about “CHD Files”. If you are facing any issue then let us know. If you think that it is helpful then do let us know your suggestions in the comment section below. Do you know any other alternative method that you think we can’t cover in this guide?