Are you looking for the meaning of T-Mobile’s Band 71? if yes, then you are in the right place. FCC held a spectrum auction in 2017 consisting of only 600 MHz wavelength. Lots of enterprises participated in this auction. But the biggest winner was T-Mobile. It takes many spectra than other participants in the auction. Also, AT&T or Verizon showed interest in the auction but unfortunately can’t bid for the spectrum.

After using the newly receive 600 MHz spectrum, that broadcast as band 71. However, T-Mobile can deploy far-reaching signals with higher bandwidth across the whole US.

Full Coverage Inside and Outside 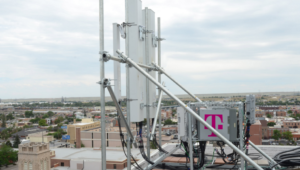 When the frequency of a radio wave is lower. Then it can travel farther. Also, it can pierce objects better, especially concrete walls. T-Mobile has a reputation for not working properly in buildings. This is due to some spectrum they held licenses for was all middle-band and delivers fast speeds of data but can’t communicate well through thick walls or long distances. Until the last 5 years, T-Mobile has zero low-band spectrum until they begin obtaining a spectrum in the 700 MHz range. But there are some disadvantages to their 700 MHz spectrum band 12.

The first cons are that they don’t have 700 MHz spectrum licenses to broadcast band 12 across the whole US. In some states, T-Mobile doesn’t have any 700 MHz spectrum, such as Iowa, and several other states aren’t much better off.

The second con to T-Mobile’s band 12 coverage is the absence of bandwidth, with just 6 MHz in the full coverage. This minimum bandwidth enables very slow LTE speeds where 5 Mbps considered fast. Now T-Mobile has a countrywide spectrum in the 600 MHz range to broadcast as band 71. They can also broadcast signals that move farther, work much better in buildings, and maintain data speeds that are up to the standard with its competitors.

If you want to use band 71, the user wants a device that accesses this latest frequency. Some devices on T-Mobile’s network are can’t support band 71, though nearly all latest devices being sold by T-mobile can use band 71. Remember that the only iPhone versions are capable of using band 71 are the iPhone XS, XS Max, and XR. If you are a customer of T-Mobile, when selecting your other phone we strongly recommend buying a phone that can use band 71 to maximize coverage and data speeds.

Recently, T-Mobile’s band 71 covers 2,700 cities in 43 different states and Puerto Rico. However, band 71 deployment will be completed, and majority of T-Mobile customers will have a mobile that utilizes it. 4 years might look like a long time now, but T-Mobile is in it for the long drag.

Here’s all about “T-Mobile’s Band 71”. Whatever the given methods you used, you can easily reset your CMOS. If you want to share any other thing regarding the article then let us know below. For further queries and questions let us know in the comment section below!