WBU and HBU can be and are used interchangeably in chats, text messages, and also forums. They mostly follow a response or opinion and need a response from the person to which they are directed. But what exactly does WBU (and HBU) stand for actually? In this article, we are going to talk about What does WBU Stands For and Why We Use it? Let’s begin!

The usage of Social media sites and applications by folks is increasing day by day. Every day a new social media site or application is developed and the number of users on such sites increases day by day. WBU is a common internet slang expression, these days you face many strange short terms such as LMK, OFC, OTW, WYM, etc on social media networking websites such as Facebook, Twitter, and Snapchat. Most folks do not know WBU meaning, so here I will discuss this slang word in detail.

What Does WBU Stand For?

WBU basically stands for “What About You“. Now I hope you will be familiar with this term online chatting with your friends as well.

“HBU” is another short term that actually stands for “How about you” which is also used as an alternative of the word “WBU” as well. Thes types of short terms are getting very popular these days on social networking sites during chatting. There are many reasons to use slang words but the main reasons for using slang words in a conversation, to save time and an instant reply is one of them. 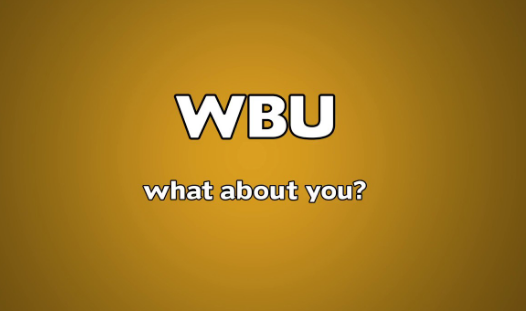 Now let’s see what does WBU text actually means? Well, we already know WBU stands for What About You. WBU normally used to get the opinion of someone actually. Such as if the first person tells the second person that “we are going on a trip. What about You? ”. Then the second person replies yes I will go also.

We use this kind of term when we want to know someone’s opinion, feeling, and thought as well. Such terms have may have different meanings in many fields and such terms can only be used in informal conversation.

How WBU Is Used

We can also use it to learn more about someone. Folks often share something about themselves on social media and then pose the question. Hoping to learn something similar about the hobbies or personality of the person with whom they are conversing as well.

People use it to ask for ideas or input as well. Also, it is mostly used in small talk to keep a conversation going politely.

Examples of WBU in Use

In this example, the first friend uses WBU to ask if the second friend would like to meet up for food or not.

In this example, the second friend uses WBU in order to clarify whether or not the first friend wants to go to a party.

Friend 1: Pung, let’s not meet with Colin on this tonight. I need to think about this first.

Friend 2: OK, that’s probably best you cool off before we bring this up. I can do Friday, WBU?

Friend 1: Friday after lunch is good. I’ll write down my thoughts tonight, so I do a good job explaining the issues to him.

In this example, the second friend uses WBU in order to find out if Friday is a good time for the first friend to meet up.

Examples of HBU in Use

Friend 2: Mhm! I could go for a plate of sushi right now, HBU?

Friend 1: sushi sounds good! Meet me in front of the library in 10 minutes!

In this example, the second friend uses HBU to ask if the first friend would like to have some sushi or not.

Friend 1: I love to hike, swim, and dabble in watercolor painting. HBU?

Friend 2: Love to swim. Big fan of roller derby, too.

In this example, the first friend is sharing personal details and also uses HBU to show interest in the second friend’s hobbies.

The WBU and HBU expressions, such as many other online expressions and web lingo. Are part of online conversation culture and build cultural identity via language and playful conversation.

Can We Use WBU In Formal Texting? 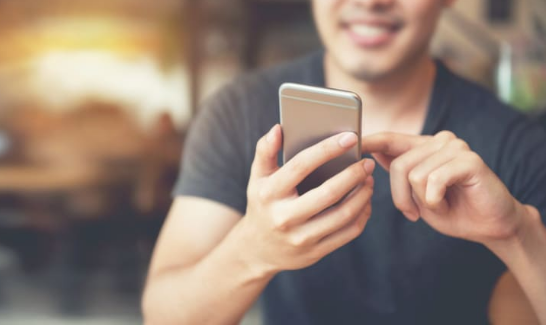 The formal conversation basically means when you are messaging or emailing to your boss or a person with higher authority than you. You should avoid using slang words in conversation with your boss or someone with authority actually. So be careful when using this internet slang because it depends upon the frankness level with the next person.

As you browse social media sites or read messages from friends, then you might encounter other expressions that are not clear at first glance. For instance, a lengthy post on Reddit might include a separate, smaller paragraph along with the heading “TLDR.”. While this acronym can be really helpful when you are short on time or attention, others are a bit more harsh. Such as RTFM when someone asks a question with a seemingly obvious answer, or EPEEN to mock someone who seems a bit egotistical actually.

WBU Stands For Else

This Slang has different meanings in a different area as well. Slang words can confuse if it is used in conversation between two folks from a different field as it is meaning different in many fields. So it is recommended to prevent the use of any slang word in such a situation.

List of WBU slang meanings in other fields you can see below, have a look:

Also See: What Does IIRC Mean and How it is Used

Games Like Super Smash Bros for PS4 – Best One

What Do You Know About Ranger Builds In Bless Unleashed?