You are here: Home / Reviews / What is the Hard Drive Cache and How it Works

PCs are intricate machines, consist of dozens of smaller components all working together. Hard Drive Cache is also known as Disk Buffer As you may or may not know, all of the parts of your computer work together to affect the outcome of your processes. The efficiency and condition of your hard drive can cause your computer. To either run slowly or smoothly, depending on if. There are many issues that need to be resolved. And each part of the hard drive serves a different function in order to help your computer run smoothly. Keep in mind that each part, while individual, is equally important to the functionality of your device. 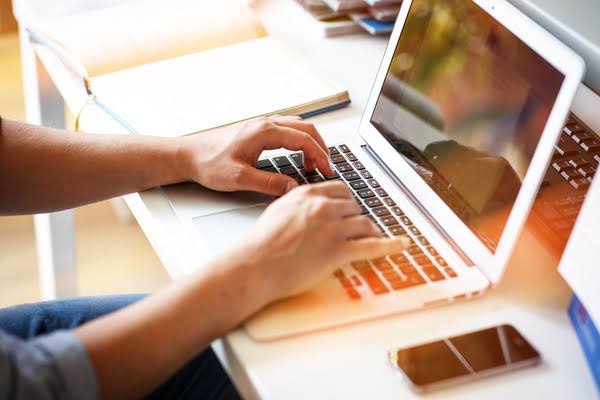 Anyone who’s worked with PC hardware is familiar with the main hard drive specs. Like capacity, read/write speeds, and platter rotation speeds. However, there is a lesser-known and feature. And it can impact the speed of your hard drive: the size of your cache. Let’s take a quick look at what hard drive cache is and how it works. 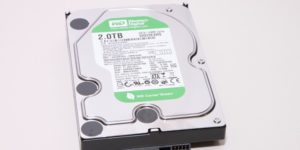 The reason the cache exists is that hard drives have small, microscopic controllers that help it process data and content in a certain way. It filters what goes in and out of the drive, much like kidneys filtering what goes in and out of the body. The cache is what works with these micro-controllers to hold on to memory temporarily. Because it is processed permanently. You can think of a hard drive’s cache as being like RAM specifically for the hard drive.

You can also think of it like a buffering video. Everyone has dealt with streaming a video on a slow connection. The video player waits before or during playback to collect more data so that it can continue playing the video more smoothly going forward. Hard drive cache allows a hard drive to do the same thing while reading or writing data.

How Does it Work:

It makes the hard drive to read or write data slower than the expectation of the user. However, when hard drive cache is in place, it stores repeated, frequent commands on behalf of the hard drive. So, the hard drive doesn’t have to pull the data often from plates. The same data is already stored in the cache and processed faster than it happens with the hard drive. As a result, the speed of the data writing/reading process will be increased.

Reading Ahead And Behind:

Typically, a hard drive doesn’t just pick up the data that it needs. It also reads the data around it. Hard drives aren’t efficient. The system of spinning platters and read/write heads is inherently limited by relying on physical moving parts. Moving parts are much slower than entirely electronic ones. So, hard drives try to compensate by guessing.

When executing a read from the disk, the disk arm moves the read-ahead and behind to (or near) the correct track, and after some settling time the read head begins to pick up bits. Usually, the first sectors to be read are not the ones that have been requested by the operating system. The disk’s embedded computer typically saves these unrequested sectors in the disk buffer, in case the operating system requests them later.

When a user or a program makes a request for data. Then the hard drive pulls that data and the data around it on the platter and stores it all in the buffer. Since there is a decent likelihood that the surrounding data is similar, the drive bets that the user or process that requested the initial data will also request the surrounding data soon too.

There are a lot of different steps to retrieve data from a hard drive. Each one of them takes their time. And it’s rare that they sync up. Transfer from the hard drive via SATA usually moves much faster than the drive can read and write data to the platters. SATA (abbreviated from Serial AT Attachment) is a computer bus interface that connects host bus adapters to mass storage devices such as hard disk drive, optical drives, and solid-state drives.

Anyways moving on to the point, We mostly use disk buffer to even out this flow of data and make the process much easier.

Minimize the Wait Time while Writing:

Again, hard drives are slow. They are probably the slowest part of any computer because of their physical moving parts. Writing data is usually especially painful.

Cache helps to speed up writing by lying to the rest of the computer. When a system writes data to cache, it must at some point write that data to the backing store as well. The timing of this write is controlled by what is known as the written policy

A hard drive will take data into its cache and begin to write it. Instead of waiting to write all of that data to the platters, the drive signals back to the rest of the computer that it wrote all of the data. The computer either continues sending more data or moves on, believing that the process is complete. Either way, this allows the computer as a whole to continue to the next task.

While the hard drive is trying to make good on its promise to write the data, it can lose it. If the computer is powered off suddenly. Then all of the pending data stored in the cache will disappear. Cache, like RAM, is volatile storage.

Speed Up your Hard Drive:

The cache isn’t going to directly equate to faster drive performance on single tasks. it’s not like it can make the drive work faster, Having a disk buffer can do. However, it allows a hard drive to work much more efficiently.

Servers are another space where having cache in hard drives is very important. Server hard drives are always going to be doing multiple things. Think of a database behind a website. Every time a user on that site completes an action that the website has to store or log, the site accesses and writes to the database. Every time someone even views that website, it reads from the database. It would be rare that the drives storing that database wouldn’t be performing multiple tasks simultaneously.

The Cache is SSDS:

An SSD cache is when you utilize part of, or the entirety of, an SSD as a cache (with a minimum of 18.6GBs). So, SSD caching, also commonly known as flash caching, is the process of storing temporary data on the SSD’s flash memory chips. And because SSDs use fast NAND flash memory cells, data requests and overall computing performance will be dramatically faster. Most SSDs make use of a cache system. While cache in hard drives behaves like RAM, cache in solid-state drives actually is DRAM. It’s much faster and keeps pace with the drives themselves.

Even though SSDs are much faster than their disk-based counterparts, cache still has benefits. However, if you’re already using an SSD as your sole means of storage, then you don’t really stand to gain anything from SSD caching.

There are different types of SSD caching that can be used, which benefits different circumstances, respectively:

So, cache obviously does matter. Cache probably won’t matter as much as the primary drive specs, but you should still take it into account. If you want your drive to do multitasking and want it to run constantly, then you must look for larger cache size. It is going to give you the most benefit. Home users that are looking for a storage drive that they’ll only access on occasion don’t have to worry about it as much. For solid-state drives, the waters are a little murkier, but it’s still worth considering cache in your decision process. Other factors can easily overshadow it, though.

I hope you get your answers from this article.

If you like this article you might also see; How to fix Twitch not working on Chrome