Windows initialization is a launcher for most background system applications that are consistently running. It is a critical Windows process for the operating system to function properly. And if we remove it, then it may cause a system error.

You’re probably here because you have seen Wininit.exe in Task Manager. And you are wondering why it is running on your computer. Don’t worry, typically this process is pretty safe. Microsoft made it. And is installed with Windows.  However, there is quite a bit of mystery revolving around this executable. And YES! Many websites will tell you it is a virus.  Let’s look at this process with a little more detail.

Microsoft made wininit.exe (Windows Initialize). It is a core system process that originates in Windows XP. Since it passes down to both Windows 7 and Vista.  They create this file to allow uninstallers to run and process commands stored in the file WinInit.ini. This allows programs to take action while the computer is still booting up. In Windows 7 and also Vista. It primarily acts as a launcher for the majority of the background applications that are always running.

This file saves locally on your computer at:

If you find this executable and save it in any other location. Then it is likely a virus that is disguising itself by using wininit.exe as its file name.

No, wininit.exe is a critical system process the Windows requires in order to function. If you End this process, it will likely result in a critical system error. In which you will need to restart your computer.  That is, as you can see in the chart below. Wininit.exe is at the top of the process tree for all of the windows services. Which includes svchost.exe. 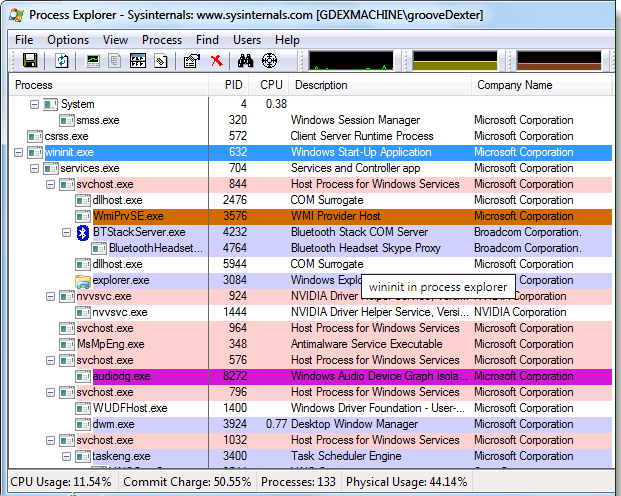 On a brand new computer, wininit.exe doesn’t pose any threat at all.  However on older computers that have been in use for a while. There is the potential problem of a virus renaming itself to wininit.exe. That is in the form of a malicious copycat disguise. You should be fine though, as long as you have decent security software installed such as Microsoft Security Essential.

Wininit.exe is a safe Windows executable that puts in place. And Microsoft does that. By itself, the program is not malicious.  The only danger is that the name can also be copied by other programs in an attempt to mask the real virus. However, that can be said for nearly all programs.

I hope you like this wininit.exe article and get a lot of help from it. However, if you still have any kinda queries related to this article. Then you can ask them in the comments section below. Have a Great Day!

Also See: How to fix WiFi Authentication Error in Android