Approaches to software project estimation aid project managers in accurately estimating critical project parameters such as cost and scope. Project managers can then use these estimation strategies to provide more accurate projections to clients as well as budget the funds and resources needed for a project’s success.

What is software project estimation?

Estimation is a process that predicts the amount of time and money needed to complete a project correctly. However, in terms of software development, it also means taking into account the software development company’s experience, the techniques they use, and the process they may go through to complete the task. This entire process necessitates the use of complex tools and a solid mathematical foundation. In some cases, it represents the culmination of a team’s efforts. As a result, the error margin is guaranteed to be between 5 and 10%.

According to Groove Technology – Professional App Company, at the very beginning of developing an app, the entire estimation process would cost the company a significant amount of money and time. However, this will improve the final product’s credibility, realism, and customer satisfaction. This critical step is recommended for all projects, especially large ones, to avoid unpredictability.

The most accurate estimates will take into account a variety of factors, including: 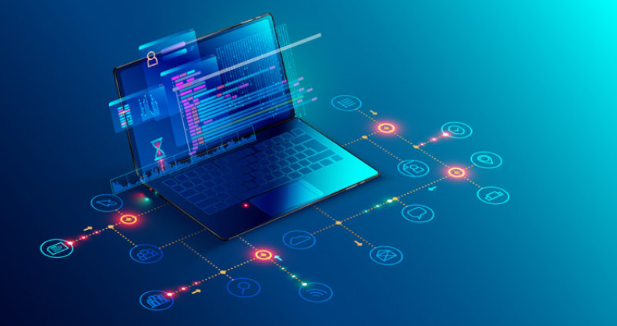 Why is software estimation more important now than ever before?

Estimates will not be perfect, but that does not mean that estimating tasks in a software project is pointless. Estimating not only facilitates team communication but also promotes an agile process.

If the team does not estimate, it will miss an important signal: the variation of the estimates.

When a group of developers read a story, they arrive at their own conclusions about the effort and complexity involved. Sometimes those ideas are very close together, and other times they are very far apart. Both occur, both are to be expected, and both provide useful information for planning.

When the estimates differ greatly, it indicates that the team has different perspectives on the problem. A developer with a low estimate may be aware of a library or tool that can help. A developer with a high estimate may be aware of a stumbling block that others have overlooked. A designer may occasionally include time for user testing or quality assurance for automated testing.

Close estimates can serve as a gauge for the team. When the entire team agrees that a story is large, it indicates a complex feature. This could be a hint to divide the story into smaller chunks or that more research is required. Close and small estimates indicate that the team has a good understanding of the problem. These stories are especially appropriate for onboarding new team members.

Early failure is a key tenant of agile development. This allows the team to adjust, correct course, and get features and their product to market faster. Making estimates provides a starting point. It is impossible to know if a team is experiencing unexpected complications without first determining what is expected.

When those unexpected complications occur, and they will, the team can collaborate to figure out how to adjust. There are numerous options, including changing the scope of the features, increasing the budget to purchase new tools or services, expanding the team, and extending the timeline.

Another advantage of having estimates is that it helps manage uncertainty. Every estimate contains some degree of uncertainty. It’s much easier to predict what can be accomplished next week than it is to predict what will be accomplished next quarter. Mutually Human recognizes this and has created tools to address it. The 50-90 estimation method is one that we’ll go over later. This method, which employs story points or time, aids in quantifying the uncertainty surrounding a project or milestone. Budgets, team assignments, and story selection can all benefit from this.

Estimates Aid in Team Discussion of the Plan

IT may need to provision hardware or budget for a higher cloud bill. Announcements may be required to inform users about the new feature. Other teams may require the API that is currently being developed. Projects that are worthwhile have a large number of stakeholders.

Estimates are useful for discussing a plan in the same way that they are useful for creating one. Understanding the relative complexity of stories can assist stakeholders in planning their dependent work. Estimates can be used to project budgets and determine when dependent projects should begin.

Estimation also aids in the management of complex projects by providing a framework for a discussion about the planned work. Engineering is primarily concerned with tradeoffs. A large story is sometimes the most important thing to do next; it may be required by another team or for a large set of features. Other times, it can be put off in favor of a few quick wins. Knowing the relative sizes of stories or how long they will take can help inform those decisions. Sometimes a crucial element is buried in a larger story. Product owners may be willing to scale back the larger story for one piece in this case. In my experience, these scoping discussions occur naturally during estimation meetings.

A toolkit of estimation techniques is required for any project team, with different techniques being appropriate at different points in the project’s lifecycle and for different stakeholder groups. As new information becomes available during the course of a project, these facts can be incorporated and the estimates revised.

Let’s look at some appropriate techniques, how to apply them, and when they add value during the software development lifecycle. 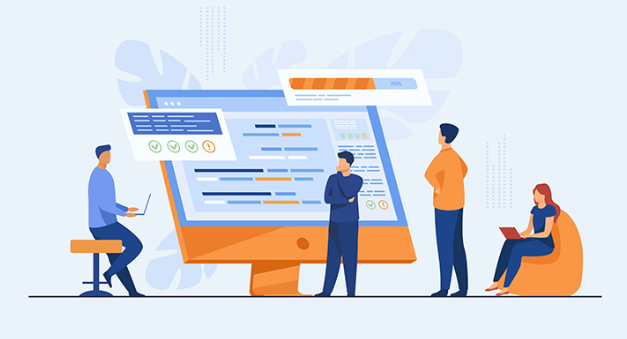 One “catch 22” style issue with estimating software projects is that for some approaches, you will need to have hired your development team in order to put your estimate together, but you can’t get approval to hire any resource until you provide an estimate. Top-down estimating in software projects is a technique that is used early on in a project’s life cycle to allow you to create a high-level estimate without having the technical team onboarded.

Top-down estimates also allow you to create a high-level view of costs without having a full view of all the business requirements, as gathering these would require the onboarding of a business analyst to conduct extensive interviews and documentation. There are a couple of favored approaches to top-down estimating in software projects, as follows:

The Delphi/consensus method This method, originally proposed by the military to forecast the impact of technological advances during the cold war, allows for the anonymous sharing of senior and middle management opinions and experiences. It employs a structured round of anonymous interviews and participant response sharing to allow the group to agree and coalesce around a single estimate.

Analogous Estimation or Apportionment This is an empirical (fact-based) system that compares the scope of the project to be estimated to other projects of similar size and scope, with the assumption that the estimates will be comparable.

Bottom-up estimating divides projects into work packages, each of which is estimated separately in terms of duration and cost before being rolled up into an overall estimate for the project. This approach is perceived as being more accurate than the top-down approach because it considers project tasks at a lower granular level and thus occurs with more information than the top-down approach.

Three-point estimates are based on a sample of three distinct possibilities, as follows:

The best-case scenario (a)

The worst-case scenario (b)

The most probable scenario (m)

A final weighted average is calculated using the following formula from these three sets of estimates:

This ensures that overly optimistic or overly pessimistic estimates receive less weight than expected outcomes while still being considered in the overall estimate. Multiple estimates from different sources can be gathered and averaged for greater accuracy.

Some agile practitioners are naturally resistant to providing estimates, and the teachings of some frameworks actively encourage their certificants to refuse to provide estimates longer than the next few sprints.

Agile mindsets also believe that custom software development should be done incrementally and with a “test and learn” approach, rather than following a long-term delivery plan. The belief is that we rarely have all of the answers right away and that we should value new information over sticking to a previous list of deliverables because the new information may yield more value than the original uninformed plan.

More from us: What is the best platform for apps development?

Estimation in software projects is a difficult and broad topic. One thing is certain: delivering significantly under time and budget will result in less negative attention than delivering significantly over time and budget. However, excessively high estimates may result in the project never starting or a loss of trust from wise executives who realize the estimates have been “padded out.”

There are numerous estimation techniques that should be used at the appropriate stage of the project’s lifecycle and in a tailored manner depending on the nature of your project and the industry in which you deliver.

Although estimates are frequently contentious, they are an important tool for engaging your stakeholders and project team in a discussion about the complexities of software development. If you can bring these people on board early and establish a culture of pragmatism, experimentation, and transparency when delivery dates shift, you will have a solid foundation for your project.