Prioritize Wi-Fi Networks: It is unnatural how the technology we didn’t understand in the past have become essential in the present. WiFi connectivity has become very important. Earlier mobile operating systems offer a “hotspot” feature that will help you turn your smartphone into a mini WiFi router. 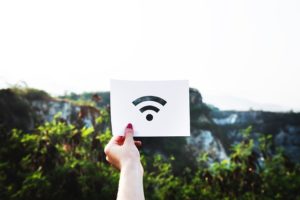 The presence of a large number of WiFi networks comes with its own disadvantages.  Here is my example, I rely on my main router and a WiFi repeater at the farthest point of my house. Unfortunately, my devices still connect to the main WiFi router instead of connecting to the repeater. Whenever I need to switch the WiFi network only to find that it has switched back to the other router after some time.

The same problem also extends to a scenario when you’ve multiple ISP’s and want to use one for work while the other is for entertainment purposes. In such cases, you don’t really have control over which Wi-Fi your device chooses, that is until now!

Thankfully we can prioritize Wi-Fi networks across macOS, Android, iOS, and Windows. Just follow the steps detailed below and make sure that your device respects your priority when it comes to the WiFi network of choice.

How to Prioritize WiFi Networks on Android

Android doesn’t offer a native feature to prioritize WiFi networks. We can make use of a third-party app and instruct your Android smartphone to connect to the right network.

Make sure some of the custom Android Roms come with a built-in WiFi network priority settings. The feature is usually built in the WiFi settings menu. WiFi Prioritizer works by frequently monitoring the signal strengths and thus switching between the best available WiFi networks.

After installing the app make sure to toggle the “Enable Scheduled Job” option. Now you should be able to see a list of WiFi networks. The networks on the list have the highest priority while the ones on the lower half have a relatively lesser priority. Users can set the priority by simply dragging and rearranging the networks as desires. Make sure the networks are arranged in descending order.

How to Prioritize WiFi Networks on MacOS

Besides, other operating systems, macOS also offer a native feature to prioritize WiFi networks. Most importantly the feature has been around for quite some time and it is carried over to the macOS Sierra and High Sierra as well. In other words, no matter which version of the macOS you are running you can still prioritize the WiFi networks without the need for third-party software.

Networks that are on the top of the list have the highest priority. Move the network name by dragging and dropping the same. Lastly, click OK and your Mac will save the settings and henceforth adhere to the same.

How to Prioritize WiFi networks on iOS

Both hold good for other Apple devices like the iPad and the older iPods as well. That being said if you don’t happen to own an Apple laptop then, unfortunately, you are pretty much out of luck.

How to Prioritize WiFi networks on Windows Laptop

How to Prioritize WiFi networks on Window

For example, with the following command, I connect my laptop to my home Wi-Fi network “Batcave” with the highest priority i.e. 1.

If you again run the netsh wlan show profiles command, you can see the WiFi network name Batcave is on the top.

Here’s all about Wifi priority. But if you still want to ask anything then let us know in the comment section below!

Till then! Keep Smiling 🙂

Also Read: How Many Cores Does My CPU Have? A Guide For All OS