You are here: Home / Archives for Dr. Mario World will be Released Soon 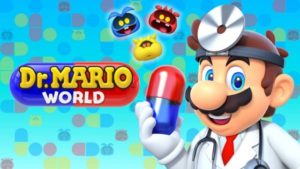 Nintendo has announced that its new puzzle game called ‘ Dr. Mario World ‘ will be available for iOS and Android next July 10. This fun game that was announced by the company at the beginning of the year and comes in collaboration with Line, will mark a new adventure course for the popular character of Mario who will now wear a white coat as in the 90s. Dr. Mario World As mentioned by the source, this new game that is already available […]