The Galaxy S9 is one of Samsung’s premium cell phones launched in 2018 for $ 1108.58. With the expectation of falling prices due to the arrival of the Galaxy S10, the smartphone has become an even more attractive option for the advanced data sheet, which includes the Snapdragon 845 processor, and the high-resolution thin-edged screen. Currently, it is possible to find Galaxy S9 and Galaxy S9 Plus in the range of $ 773.61and $ 801 respectively, depending on the offer of the day. Check below the specifications of the phones and find out if they are still worth buying. 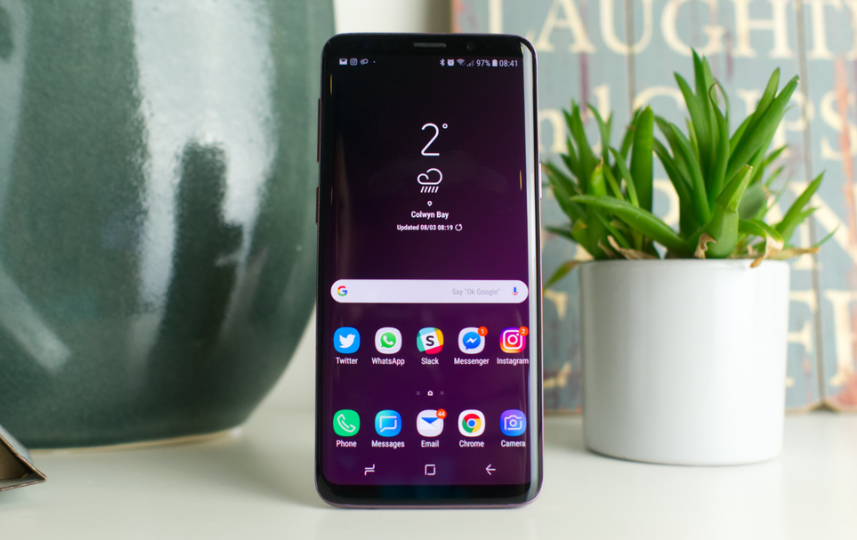 Both phones are betting on sleek modern design. The two appliances are constructed of glass in both the back and front and also have a slightly curved screen on the sides to increase visual immersion.

The two are relatively thin, 8.5 mm thick, and have IP68 protection against dust and water, which ensures immersion up to 1.5 meters deep for 30 minutes.

The screen is one of the points that most draws attention to the devices. Both the Galaxy S9 and Galaxy S9 Plus have a longer display in the 18:9 format, which tends to be ideal for viewing news feed on social networks. The display has 5.8 inches on the smaller edition and 6.2 inches on the Galaxy S9 Plus. In both cases, the resolution is Quad HD + (2960 x 1440 pixels).

The Galaxy S9 line was the first at Samsung to usher in the technology of variable lens aperture. The system, present in the rear camera of both, adjusts the diaphragm according to ambient illumination between apertures of f/1.5 and f/2.4.

The two models, however, bring some differences in the set of lenses. While the Galaxy S9 has only a single 12-megapixel sensor on the back (variable, f/1.5 and f/2.4), the Galaxy S9 Plus bets on the dual camera, bringing an extra 12-megapixel sensor and f/2.4 aperture – capable of performing the bokeh effect. The camera was one of the model’s strengths in the TreandFanatic’s tests.

In the US, both models have the Qualcomm Snapdragon 845 processor, with 8 cores and speed up to 2.8 GHz. Below only the recent Snapdragon 855, the chip is still one of the most powerful on the market. As for RAM, the Galaxy S9 is equipped with 4 GB while the Galaxy S9 Plus brings 6 GB.

It’s worth remembering that Galaxy S9 Plus performed flawlessly in TreandFanatic’s review, running all tested apps without gagging or crashing.

As for storage, both have 128 GB internal memory. It is still possible to expand this value by up to 512 GB via microSD card.

The battery capacity is different between the two models, but both should have similar autonomy due to the size of the screen. In Galaxy S9, the component has 3,000 mAh, against 3,500 mAh of Galaxy S9 Plus – that lasted little more than 11 hours and 40 minutes in the review of TreandFanatic’s. Both are compatible with fast charging systems.

The Galaxy S9 line leaves the factory with Android 8 (Oreo) but is already receiving the official update of Samsung for Android 9 (Pie), the latest version of Google’s operating system. With the upgrade, the device will feature the One UI interface, developed by Samsung and optimized for large screen devices.

Additional features include the fingerprint reader and face recognition system for screen unlocking. The handsets also feature other features unique to Samsung, such as the Samsung Pay virtual wallet, Secure Folder, and Dual Messenger.

See More From Us At: Both Samsung Galaxy Buds and Apple AirPods are getting price cuts