The video game of the CoD saga wants to raise the graphics bar after several stagnant years.

In recent times the Call of Duty saga has tried all kinds of settings and ideas, traveling from the future to World War II and also dealing with modern wars. What have they not done in all these years? Change your graphics engine that, although strongly modified, already carries some deliveries seriously accusing the time elapsed. They have done it, this time, with Call of Duty Modern Warfare.

“We are aware that our fans are dying to see the game in motion, so let me tell you that everything you saw in the first trailer was 100% in-game and running at 60FPS, ” they comment from the studio by Taylor Kurosaki, narrative director of the team. “There is no trick or magic whatsoever, what you have seen is the videogame.” 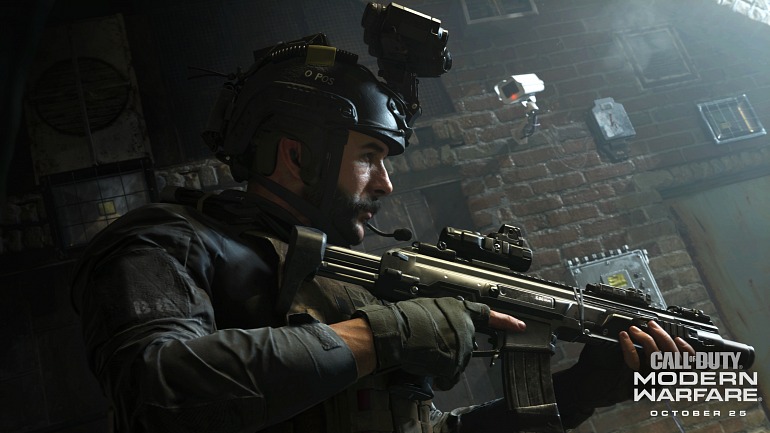 I have never worked in a game with so much potential“We already know that you want to see a real mission really, that you want to see things, do not confuse our silence at this time and think that it is because we do not have something good in our hands,” he continued on Reddit one of those responsible for the argument of the first-person action video game. “I’ve been in this industry for 20 years, and I’ve never worked in a game with the potential we have this time, it’s going to come, Patience, it’s going to come.”

“One of the best parts of teaching the game has been to talk about it with all the people we could,” said Ashton Williams, communications manager at Infinity Ward. “We have kept the secret of what we were doing so long, that being able to finally talk about the video game has been very liberating”.

“I know that you are all waiting for new information, gameplay, etc. We really want to share all that information with you!”, Said the person in charge of putting fans and community in contact.

Infinity Ward video game was news just a couple of weeks ago when Call of Duty Modern Warfare presented trailer, details and date for its release this year.

Also See: Most Players are Interested in the Game by Streaming