Do you want to fix Xbox One 0x87DD0019 error? A time comes when you’ll get an error message that reads: “There was a problem. We couldn’t sign you in. Try again in a few minutes, or check your account by signing in to account.live.com. Sign in: 0x87DD0019.” Besides what you might think and try, the issue is not necessarily your Wifi connection, your Xbox One console, or also your account is not in a good standing status. You probably can’t sign in and play online due to there is an issue with the Xbox Live network.

Although the Live network of Xbox is very efficient. However, you’ll face the error 0x87DD0019, typically during Thanksgiving, New Year, Christmas, and other holidays. However, after you view this error, you might like not to be the only one. When it (0x87DD0019) occurs, it means that there are also lots of other people that can’t sign in or play games due to the service disruption because of an issue with Microsoft servers.

It is just because of human error, software/hardware issues, or due to some outside forces. For instance, back in 2014, the Xbox Live service was under a huge Distributed Denial of Service (DDoS) attack started by a group of hackers known as Lizard Squad. However, it overloaded the servers with fake traffic from various sources around the globe, crippling the Xbox Live network.

Also, there could a lot of reasons involving the error 0x87DD0019 message, it much guaranteed that the issue is on the Microsoft end, not yours. However, resetting your Xbox One console to the home router or factory defaults, or also removing your account from the console, might not do any good. 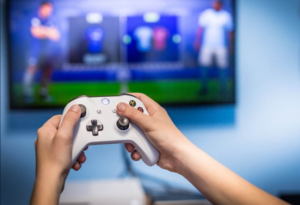 Let’s begin with the simple fix which sorts out all types of Xbox problems.

That’s a complex reset or power cycle. Also, it usually fixes all types of minor bugs in the Xbox system. It includes the sign-in errors which are quite common.

The pause is more times but not a temporary thing and it fixes on its own. However, if there’s more to it, then the power cycle is a go-to move to fix it.

Hit and hold the Power button for 10 seconds.

Wait a while until the console turns off.

After a few minutes, restart the console again and look for the changes.

As we already discussed, the reason for sign-in errors is rarely on the user’s side. Xbox Live services and dedicated servers probably down temporarily because of an error or maintenance.

Well, before you move further with the fix below, we recommend checking the Xbox Live services status.

Head over to its official site and check the status, here.

A bad or worst connection might be the issue on your side which causes sign-in errors. So, we recommend you do some basic troubleshooting steps to fix your connection.

Some solutions can tackle the error, while others provide you a better insight into the cause.

Come let’s check how to resolve connectivity problems on an Xbox:

Hit the Xbox button to open the guide.

Then tap on Settings.

Then choose the Test network connection.

Head over to the Settings and then All Settings.

At the bottom of the Advanced settings, simply open IP settings.

Once here, open the DNS and write the DNS input.

Input the values you write and confirm modification in the Advanced settings.

At last, we can only recommend erasing and re-enabling your account. After that, few users were able to fix the sign-in error using the code 0x87dd0019.

As we already said, this is a temporary fix, but if you’re in a hurry, then it might help.

Also, we recommend signing out of all devices using a similar Xbox Live account and sign-in again.

Update, March 21, 2017: It’s not your subscription or Xbox One, it’s actually an authentication issue affecting Skype, Outlook, Xbox Live, OneDrive, and other Microsoft services. The company is aware of the problem, and it’s trying to get it resolved.

Update October 10, 2017: Currently, Xbox users facing login problems on consoles and on the web. However, Microsoft knows the issues and investigating.

We've got the proper teams investigating sign-in issues across Xbox One consoles & our website. We'll provide more info when we have it!

According to the company, they have an estimated time of resolution, but you can keep visiting the Xbox support website.

Update December 9, 2017: Currently Xbox users are facing login issues on consoles, Microsoft is aware of the issues, but it’s not offering a timeframe to fix the issue.

If you’re seeing errors when trying to sign into Xbox Live on Xbox One, please watch https://t.co/PzAdjUFMJj for updates as we investigate.

Update March 1, 2018: Microsoft is working to resolve it as soon as possible.

Hey everyone! We're aware that some of you are having trouble signing into Xbox Live – the right teams are hard at work to get everything working again. Thanks so much for all your patience!

Update May 20, 2018: Currently Xbox Live is down. As it affects signing in on the Xbox One.

Update July 10, 2018: Microsoft confirms that the issue with Xbox Live has now been fixed.

We're back up and running with both Party's and Invites, thank you for your patience and for sticking with us! https://t.co/apsH8tIMcE

If you have any additional solutions to fix the issue then let us know below. Also, for further queries and questions let us know in the comment section below!