The eyes of the world swung to Messier 87 not long ago when researchers discharged the first since forever picture of a black hole. Furthermore, this picture from NASA’s Spitzer Space Telescope indicates progressively about the monster system in which the now-acclaimed black hole dwells.

The imaged black hole was really huge, with a mass equal to 6.5 multiple times that of our Sun. What’s more, the world encompassing it, Messier 87, is similarly tremendous. Known as a supergiant circular world, it is a standout amongst the most huge cosmic systems known to mankind and hosts a substantial number of globular bunches. 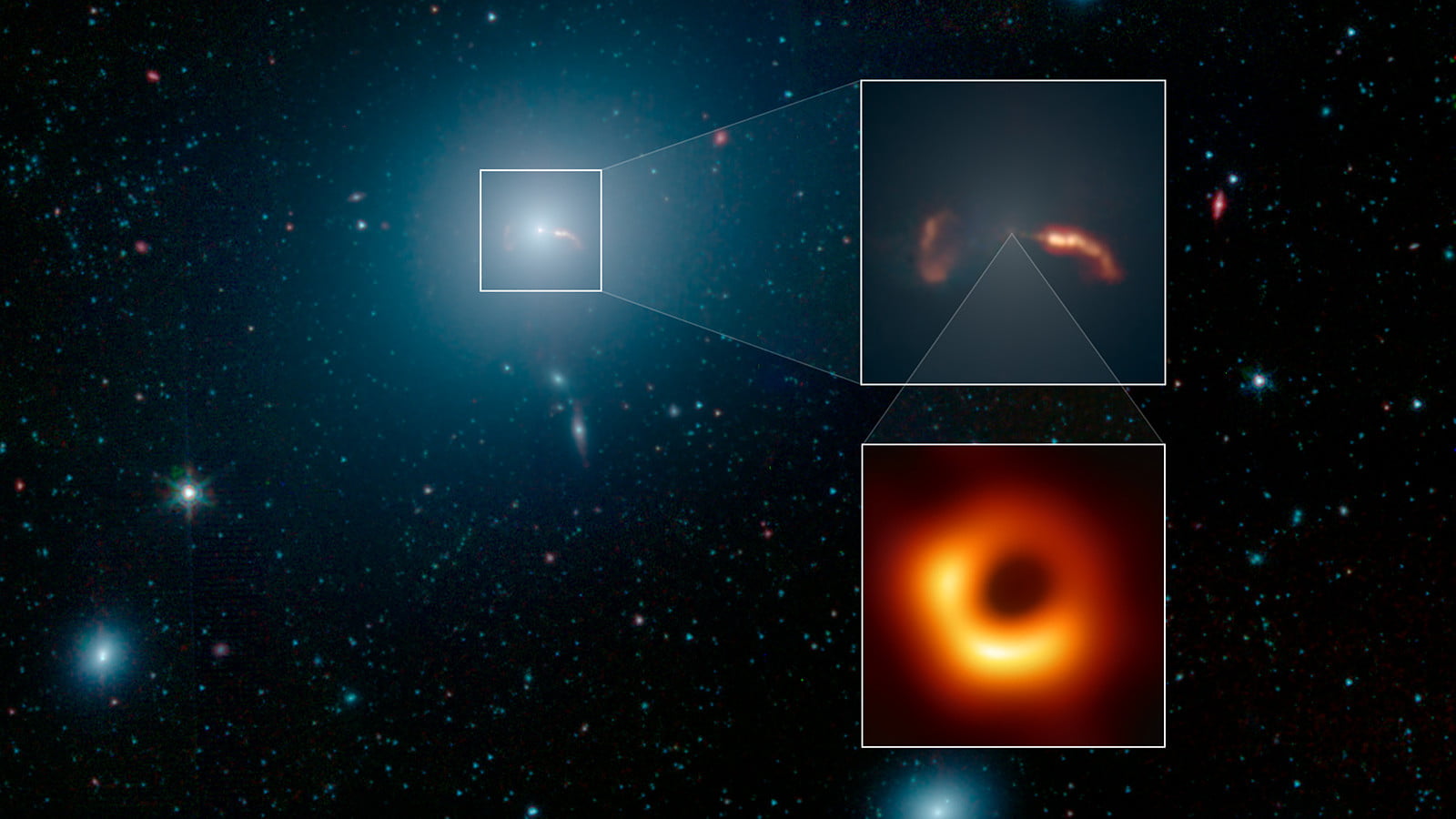 The picture caught by Spitzer demonstrates the universe in infrared, rather than the radio wavelengths used to catch the black hole picture. The infrared light originating from the cosmic system at wavelengths of 3.6 and 4.5 microns is appeared blue and green, which is the thing that denotes the stars in the picture. The zones of red are dust highlights which sparkle with a wavelength of 8.0 microns.

The murky “puff” amidst the Spitzer picture is the focal point of the system where the supermassive black hole lives. On the off chance that you look carefully, you can see two orange tufts exuding from this middle point. These are planes of high-vitality material which are soared out into space when particles turning around the black hole sway the encompassing gas, making a shockwave of infrared light.

It is really the shockwave that Spitzer recognized, more than the planes themselves. The shockwaves are two unique shapes in light of their positions in respect to Earth. The shockwave on the correct looks bigger and more splendid on the grounds that it is going practically straight towards us, and it is considerably more brilliant on the grounds that it is going at almost light speed. The second shockwave on the left is littler and dimmer since it is moving far from us.