It only takes 5 days for Tim Cook to get on the stage of Apple Park, say good morning and start the most important presentation of the year for Apple. On Tuesday 10 September the company plans to launch the new iPhone 11 in three variants, two of them probably with the surname Pro.

As usual, at this point, the leaks have made theirs and we already have several confirmed features of the next iPhone of 2019. Although it may seem that we know a lot, surely there are still surprises to unveil what we are all looking forward to the next 10. 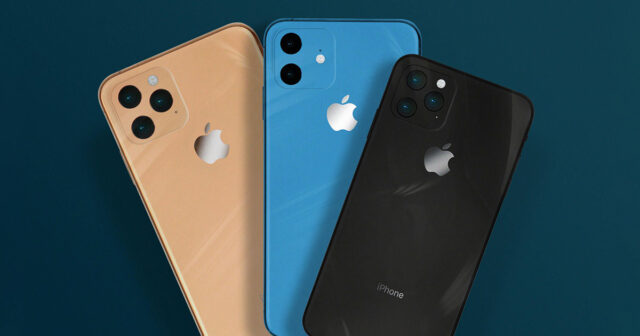 iPhone 11 leaks: everything we know

Like Apple has done the last two years, we will see three new iPhone again this 2019. Following last year’s strategy, we will see a successor to the iPhone XR and two successors to the iPhone XS and XS Max. This is how the 2019 iPhone range will look, waiting to confirm their official names:

Probably the biggest innovation of the iPhone this year. Apple will include one more sensor in each of its new iPhone, so the iPhone 11 will have two sensors and the iPhone 11 Pro three rear cameras.

The arrangement of the three rear cameras is quite peculiar and will form an equilateral triangle, this means that all cameras will be at the same distance from each other. The three sensors are expected to arrive with significant improvements and new photography modes such as a night mode and a mode to adjust the frame called “Smart Frame”.

The general design of the 3 new iPhone will be very similar to the current one, both in front and behind, although in the back will be where we see more differences.

The biggest design change will be seen in the area of ​​the rear cameras, to include one more sensor this area will be square instead of elongated as now. In addition, Apple Apple could be located in the center of the device, just like the iPad.

This year’s three iPhone will inherit the same screen sizes as last year’s models. The iPhone 11 will maintain LCD technology and the iPhone 11 Pro will continue with OLED panels. Despite this, the iPhone 11 screens are expected to improve on the views a year ago.

The new iPhone will improve the capacity of their batteries significantly as reported by expert analyst Ming-Chi Kuo, especially the iPhone Pro model. It is expected that this greater capacity will be transformed into 4 hours of extra autonomy. This battery upgrade would be very interesting for one of the new features: reversible wireless charging.

One of the great novelties that the new iPhone 11 will bring us will be the ability to charge other devices wirelessly. This new feature will allow us to charge another iPhone, AirPods or an Apple Watch in emergency situations.

One of the confirmations of Apple expert Mark Gurman is the second generation of Face ID. More than an improvement in speed, it will be an improvement inaccuracy. The new Face ID sensor will have a wider field of vision, so we can identify more easily, even when the iPhone is on a table.

A13 processor, storage and RAM

The three new iPhone 11 will share the new A13 processor from which some benchmarks have already leaked that indicate that it will improve in power, as expected. In addition to this, we know that we will maintain the current storage with 64, 256 and 512 GB options, although it is possible that the Pro model reaches 1 TB of memory.

This is all we know about the new devices one week after its official presentation. Rumors may still appear in the next few days, but what is clear is that there is very little left to know all the secrets of the new iPhone.