The presentation of the iPhone 11 is just around the corner and a benchmark has just appeared that has revealed new information about the processor, presumably called A13, and the RAM that could be the successor to the iPhone XR. Remember that in addition to this we will have two other iPhone Pro that would replace the iPhone XS and XS Max, although in theory, the processor should be the same.

The result has appeared in the well-known Geekbench tool, the model number is “iPhone12,1”, it has iOS 13.1 installed and the motherboard identifier is N104AP. Bloomberg already reported that the new iPhone XR had the code name N104 and 9to5Mac that the device would carry the iPhone12.1 model number. So everything fits perfectly with what we had heard so far. 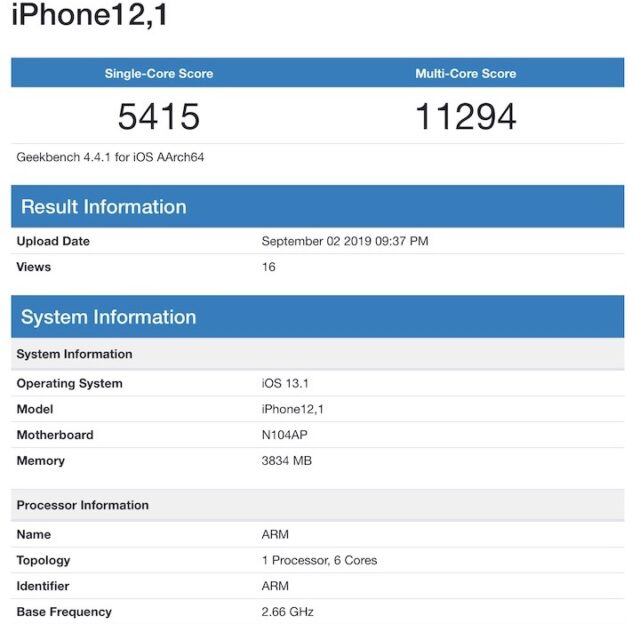 Slight improvement and 4GB of RAM

Although all these data coincide, 100% cannot be assured that it is a real iPhone, although the possibilities are high. In addition, this device could be a prototype and not the final version that we will see next week. Anyway, these are the details that can be extracted from this test:

Also See: 8 confirmed features of the iPhone 11 a week after its presentation

There is only one week left for us to know all the surprises that Apple has prepared for us, you can follow all the news of the keynote of the iPhone 11 from appleforcast and if you want the wait not to be so long