You are here: Home / Apps & Games / AMD compared its Ryzen 3000 with Intel on Equal Terms

In his tests with games for E3 2019, the Red One gave him all the advantages.

When AMD introduced its third generation of Ryzen processors during E3 2019, it did so with a few slides showing how they compared to their Intel equivalents. Now the people at Paul’s Hardware have confirmed that AMD’s testing methods for comparisons were completely equitable. What’s more, the red one gave all the possible advantages to blue processors, even if this would be to the detriment of their own processors.

For starters, AMD tested Intel processors without applying software and firmware solutions to the latest Intel vulnerabilities. In this way, the Intel processors ran at top performance, without the security patches. On the other hand, AMD tested the two batches of processors in an older version of Windows 10, which in fact worsened the performance of their own CPUs. The latest version of the operating system, “May 2019”, added changes to the program that allows Windows to take better advantage of Ryzen processors. As this version of the OS is not yet widespread, the company chose to keep the comparison in a realistic framework. 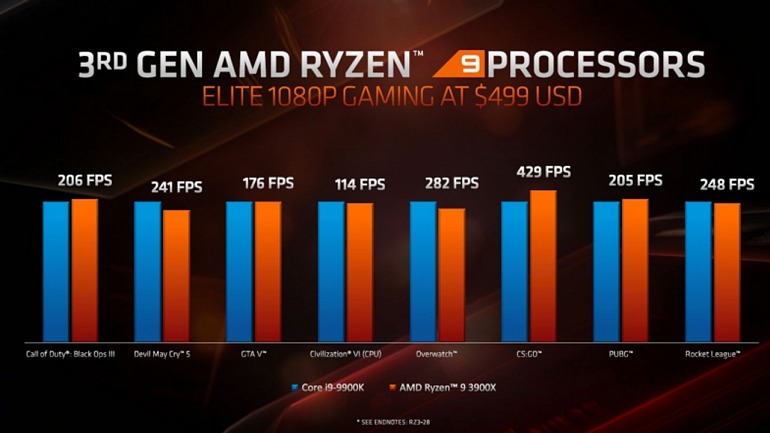 In summary, this test methodology is designed to be similar to the one used by analysts and media writers, despite the fact that in the first instance the processors of the AMD itself have been left in a worse position. The result is a series of comparisons that place the new Ryzen 3000 in a great position with respect to the competition.