Little Snitch is the amazing apps, to keep an eye on your Mac’s Internet connections. But, do we want an alternative? Well, for starters, it costs over $40 and upgrades are extra. 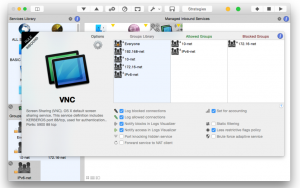 Mac’s firewall comes with one of the amazing features available in network firewalls known as PF (packet filter). However, for some users, it might seem a little difficult to use and this is where Murus comes in the image.

Murus brings the firewall PF feature, drag & drop based interface that allows you to define your own ruleset and then control the network permissions on mac. What makes it different from the existing inbuilt firewall? Well, here’s the catch. Common firewalls such as Mac’s own PF, limited and monitor the outbound or inbound network traffic based on attributes such as ports, IP addresses, protocols, etc. and after limiting the network functions itself, it affects all the apps. Murus also helps to use the PF feature to change the network firewall into an app firewall wherein you can enable or restrict the movement of data packets for every application individually which can help in restricting the spreading of malware, worms, viruses, or data leak by an app.

Pricing: Murus comes in 3 different versions: Murus Basic ($10), Murus Lite (Free), and Murus Pro ($17). However, Murus Lite is the free model of the app, Murus Pro and Murus Basic are the paid versions that come packed with some additional features such as logs Vallum, Visualizer, and all companion apps.

Radio Silence is another app to control your app-specific firewall functions. It has one of the easiest interfaces which enables you to keep a tab on the app. Softwares that tries to connect with a remote server outside the user’s control are instantly blocked. The Firewall has its own eye on the incoming traffic. Radio Silence also view for outgoing traffic too.

Initially, Little Snitch provides you lots of notifications about connection, which might feel overwhelming to many users. Also, it goes away after some weeks of usage.

Radio silence is silent in the functionality as it executes in the background without any icon display, active tabs, or pop-ups. Whenever you block an app using Radio Silence, it stills blocked, there are no pop-ups or notification ever.

Pricing: The price of Radio Silence is round about $9 also it comes with a testing trial of 30 days. If it doesn’t meet your expectation you can then get back your money. 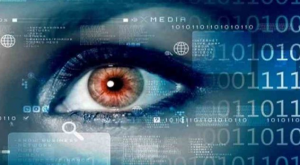 Private Eye is a popular and real-time network monitoring app that lets monitoring of your live connections made by an app. The app also shows the presence of an online server where the information is being moved.

It shows all attributes of live connections that the app in your PC have to the web like time of connection and IP address of the server connected to.

Although you can view or filter the results by an app or by outgoing or incoming traffic. Private Eye can’t alter any of these connections. You can only get enough information to know when the app connects to a server without authorization.

Hands-off is one of the most popular apps and alternatives to Little Snitch when we talk about network privacy. Also, it is an all-rounder app that provides protection both as the network firewall and application-specific firewall. It controls both outbound or inbound traffic of an app.

Hands-off is quite different from other similar apps. It secures and monitors the disk access, and provides a user-friendly or intuitive interface. This app blocks or monitors access to the files saved in your PC from online servers and also from the local apps. It can also prevent the apps from accessing disk data, seeking IP addresses, removing disk data, and even storing cookies. Also, its disk management is so strict that it controls the write or read permissions of the disk data files. If the applications have access to the files but the usage or interface comes in handy.

Pricing: Hands Off is a costly application ($49) but can be tested or tried for free with limited functionality. However, the advanced functions of the app can access the paid version. 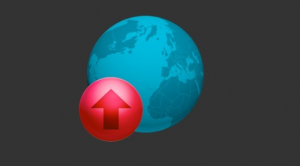 TCPBlock is the lightest app-based firewall that is available for Mac and is completely free. Also, it protects or monitors both outbound or inbound traffic on your Mac and can secure some apps from opening network connections to unknown servers while you are online.

It is implemented as a loadable kernel module that contains all the blocking logic. You can also configure it in the System Preferences > TCPBlock preference pane or using the TCPBlock command-line utility. However, all the configuration modifications are made in a configuration file on the hard disk of your Mac.

Price: Well, the TCPBlock is not available from the market, its earlier versions are still available to install or download for free. It needs only 1.1 MB of your disk space. It has the best reviews that an application can get and is still one of the most favorites amongst the users. The only catch while using the available model of this app is disabling the SIP. Well, SIP stands for System Integrity Protection. SIP when deactivated, allows third-party applications to run on your Mac.

Little Snitch is the best connection notifying software available for Mac, we recommend to check it out if you like a comprehensive firewall/alerting system, and they can pay a few bucks to get it. Security Growler also centered around analyzing log files for any sort of pattern. It not just analyze the TCP connection table but also notify you of Keychain authorization events, Sudo events, and anything else that you think of that’s reported to a log file.

This app is very lightweight than Little Snitch. Also, it comes in at <15MB of RAM used, just because it aims to fix a simpler issue than Little Snitch. This app is not built or made to secure buggy connections that’s what firewalls are for, it’s also meant to keep a modest log, and notify you whenever important security events happening.

Security Growler is a menu bar-based app that notifies you whenever one of its monitored patterns have a log update. One thing that sets or uses it apart from other apps, Prowl shares your notifications over your iPad or iPhone. 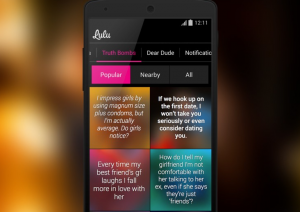 LuLu by objective is another best opinion amongst Mac users who wants to keep a check on their PCs network activity. Its popularity reason is the software that is open source. It contains no ads whatsoever and comes with amazing features.

LuLu can block all unauthorized outgoing connections unless you allow them. You can select to allow third-party or local apps and services from the separated menu available. The interface of the app is very simple yet extensive and its operations are straightforward that even a child can use it easily.

When you initially install the app you can select to enable or disable Apple programs and earlier installed third-party apps. These settings can be later modified from preferences. From the ‘rules’ head, you can choose the apps or services you want to block from using network services. The app aslo has a passive mode where it will enable all the latest apps.

Do you want to Little Snitch alternatives for Windows? If yes, then dive down below:

Well, there is no such alternative to Little Snitch in Windows, but we found two ver close applications. 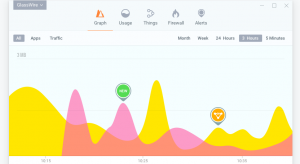 GlassWire is a very simple or easy app that enables you to monitor modifications in the system. Like webcam, microphone, or apps in general. Also, it comes with a firewall feature similar to Little Snitch, however, it isn’t that strong or powerful. For instance, Little Snitch can enable or refuse to authorize the particular domain and ports of an app trying to access a server online. GlassWire can only allow or blocks all apps connections attempts to begin. There is no choice to make particular rules for an app in Glasswire.

Glasswire’s version is completely free. However, the free model of Glasswire displays you which program is connected to which IP address. Also, the Glasswire paid version provides “ask to connect” feature, which provides you a pop-up when an app tries to make a connection.

If we compare it to Glasswire, Net Limiter is identical to an alternative to Little Snitch on Windows. When you successfully install it. The app displays you the list of all apps that are making connections to the Wifi along with their recent download and upload speed. You can also block individual programs or network connectivity or also restrict how much bandwidth a particular app gets.

So, these were some of the paid or free Little Snitch alternatives for Mac or Windows. It becomes good if Apple can implement such detailed functionality into macOS. But unfortunately, they won’t do it for a reason that it’s very difficult to use for a regular mac user. So, you can either spend some bucks and purchase little snitch, or use these options, whatever you use, let us know your experiences or thoughts in the comments section below.