You are here: Home / Apps & Games / Decorate your Desktop Background with this New Image of Cyberpunk 2077

The Scene Coincides with the Surprising Ending of the Trailer Released in the Recent E3 2019. 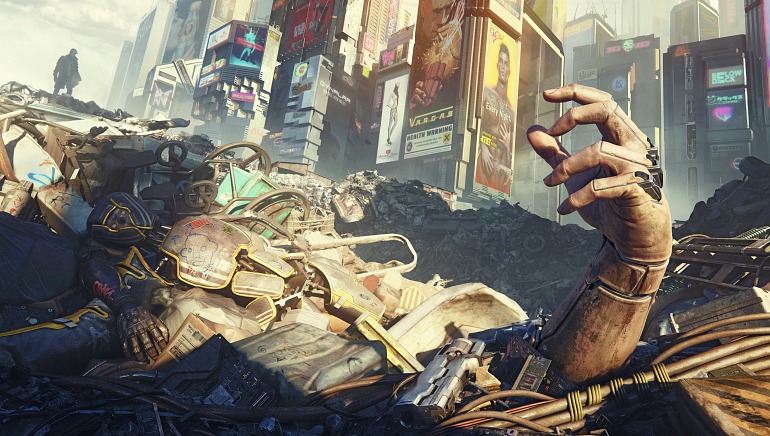 There is no doubt that Cyberpunk 2077 is one of the most interesting games of the moment, and thousands of players follow with attention all the news surrounding this highly anticipated CD Projekt RED title. If you are one of them, maybe you want to liven up the wait by decorating the desk of your computer, console or phone with this new image of the game. You only need to enlarge the image and download it.

The illustration in question has appeared a few hours ago in the dedicated forums of Reddit, and the user who has shared it says that the original source is the specialized magazine GamePro, which in its July issue dedicates its main content to Cyberpunk 2077. At the moment the image has not been published on the web or social networks of this header, so fans speculate whether it is a new promotional image, or a design from the development of the game and has been filtered.

The scene that shows this image seems to coincide with the one that closed the trailer released during the past E3 2019 and that had Keanu Reeves as surprise protagonist playing the legendary rocker and activist Johnny Silverhand.

Also See: The Developers of Mordhau Settle the Controversy: There will be no Changes in the Game