You are here: Home / How to / Discord Custom Game Status: How to?

Discord Custom Game Status: Discord was born out for a way to talk with other players while playing online competitive video games. The app’s history starts with the launch of OpenFeint back in 2009. It is a mobile social platform for gamers on both Android and iOS (then known as iPhone OS). Anyone who is using an iPhone, iPod touch or Android device around that period might have some memory of OpenFeint. Especially if they played the massively-popular endless runner Jetpack Joyride, which has built-in OpenFeint. Besides the prevalence of the platform from its release through 2011, OpenFeint was not long for this world. As it turned down permanently in 2012 after being purchased by a Japanese gaming company in 2011.

Jason Citron, the founders of OpenFeint, used the money from the sale of OpenFeint to open Hammer and Chisel. A game development studio, in 2012, the same year OpenFeint closed down for good. 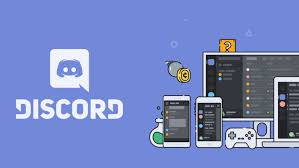 Though the game received a positive reception upon its launch on iPad in 2014, Fates Forever failed to create any sort of popularity with the public. Eventually leaving the app discontinued and unavailable to be installed from the App Store in 2015. While working on the app, Citron told VentureBeat in an interview in 2015 that his team has run into issues when trying to talk while playing other online games. They are specifically pointing out problems with VoIP apps like Skype and Google Hangouts. Most VoIP apps are taxing on systems, and playing games on your mobile device or PC while simultaneously hosting a voice chat causes a significant slowdown and resource usage.

This led Citron and his team, following the failure of Fates Forever, to start work on the latest VoIP system built with gamers that wouldn’t rely on older technologies or forcing users to share IP addresses. The software released to the public in May of 2015, and since then, the app has grown a massive user base of PC gamers. Though Discord has a full chat-based application, also clients for Windows, macOS, Android, and iOS. The app is primarily known for its VoIP interface that enables for latency-free calls over a dedicated Discord server, making a better gaming and recording experience than anything you’d see through Skype or Google Hangouts.

Of course, Discord is away from just a chat app. You can also use Discord to view what games your friends are playing, whether through clients like Steam or manual input. Here’s how to show your game status in Discord.

Discord has four choices for your online status i.e online, idle, do not disturb, and invisible. These are quite similar to other chat applications, enables you to display whether you’re available to speak. However, this is different than what your game display is. To manually change your online status in Discord, just right-click your avatar in the Discord client and choose your status. You will need to manually change it when you want to or it will go back to automatic when you restart Discord.

Discord has an auto-detect system that exactly looks at what is running on your system and can recognize lots of games. For example, if it views LeagueofLegends.exe running in Windows, then it recognizes this as a game file and will populate your status message to “Playing League of Legends.”

These are ‘verified’ games. That just means the Discord database knows what the game executable exactly looks like and can recognize it in Task Manager. Also, it will populate your game status message with that status. You cannot manually edit verified games as far as I know. You can also edit unverified games or other programs though.

Firstly, have the game open and running in the background.

Then open Discord and navigate to User Settings.

Choose Games from the left menu and then add it to the right.

Also, manually add a game or program from the list that appears.

Then type something witty in the “Game Activity” message box.

You need to have the game or program running in the background for Discord to check the running process. Just Alt-Tab out of the game, open Discord and follow the steps above carefully to get this to work. This is meant for games but if you need to have a status message for a different program, you can.

Once done, your status message will appear in Discord as you have the corresponding program open. Once you close it Discord will do the same as it does with any other game, change the message to something else.

If you don’t need Discord to display the world you’re playing. The Sims 4 for the eighth day running you can turn off game status. Within the Games menu, you can also toggle off the setting that says ‘Display currently running game as a status message’.

In Discord you cannot edit verified games, you can influence how it works. As the system looks in Task Manager at running processes you can just manually add a process and get Discord to show that besides game you’re playing. For example, say you’re playing The Sims 4 but don’t need the world to know. Open an unverified game or program, get Discord to select it up and name it something else.

Notepad++ is a useful program for this. It uses some system resources and it is currently unverified in Discord. Have it running in the background, have Discord select it up, give it a custom message and then begin your other game.

Game status is a clean way to tell the world what you’re doing and what you might be playing. It’s also a way of being funny or clever and adds another element of fun to an already very cool system.

HOW DO YOU SHOW WHAT GAME YOU’RE PLAYING ON DISCORD MOBILE?

There are two ways to do this on mobile, firstly by putting your own “Custom Status”, or going into User Settings > Game Activity. 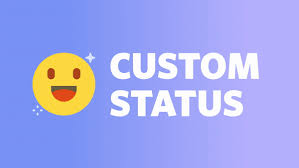 Then search your name at the bottom of the screen and tap it.

Here you will now see your online status choice.

You can now put any status you need.

Find your name at the bottom of the screen and tap the settings option represented by the gear.

Now scroll down to the “Game Activity” tab and click it.

You can now choose to display what you’re playing

Overall, Discord is best for gamers and non-gamers alike. It’s also an incredibly powerful VoIP and messaging app. Also, we think it’ll satisfy the needs of most users searching for a tool to communicate with, whether you’re gaming or otherwise. With its cheap price of entry, wide availability, and solid video chat implementation, Discord is one of the amazing messaging apps you can get today.

Here’s all about discord custom game status. If you want to ask anything else then let us know in the comment section below!