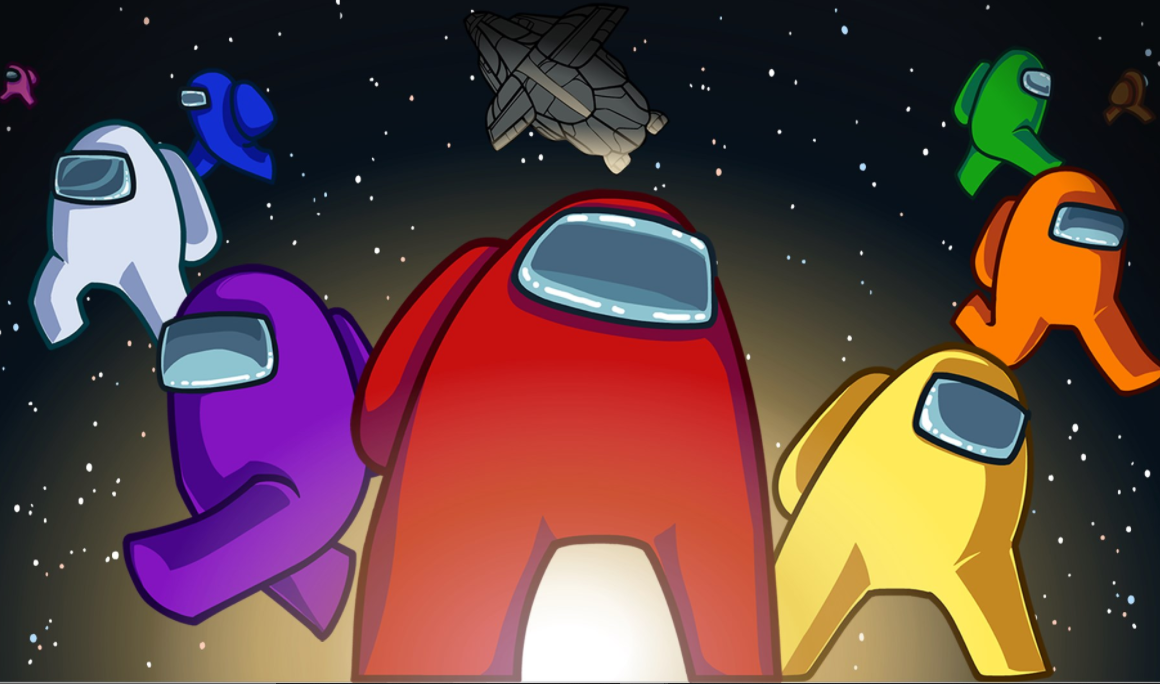 A really simple premise most of the time goes a really long way and Among Us. It is an indie game that has become wildly famous over the last few months is an ultimate testament to this thought. This game is ingenious in its simplicity along with a hook that keeps players on it for hours and more importantly, gets them in order to come back for more. In this article, we are going to talk about How to Call Emergency Meeting Button on Among Us. Let’s begin!

So, besides performing tasks (for crewmates) and sabotaging the crew (for imposters), the moment a crewmate is murdered is actually a point of major interaction as well as tension in the game. This is when crewmates call for an emergency meeting in order to discuss and debate who looks sus and whom to vote out. Of course, if you guys have been playing Among Us, then you are also aware that such a thing exists and have participated in them as well.

But, if you guys want to figure out how you can use this function and get a deeper understanding of the semantics surrounding it, we’re here to help. First, let’s just understand the function of the emergency button.

What is the emergency button in Among Us?

In Among Us, the imposter actually has an almost unfair advantage in terms of their arsenal. Such as sabotage moves and vent movements. For crewmates, all the forces are pretty much against them except in terms of numbers as well. (That won’t matter if the imposter uses lethal enough sabotage at the right moment as well).

So, besides performing tasks, the one other thing that crewmates can actually do is use the emergency button. You can clearly tell that it’s just an emergency button as the button will be surrounded via the word EMERGENCY in all caps. This button just immediately brings all the players in the game together for an emergency meeting. That basically entails a discussion and vote in order to remove someone that the crewmates consider the imposter.

How to Call Emergency Meeting Button in Among Us

Crewmates have to bring all the players together whenever they suspect an imposter and also need to weed out the culprit. You guys can call an emergency meeting by using the emergency button which is located in different places on each and every map. Click/tap on Use in order to use the button and then call the other crewmates together.

So, this is where the emergency button is on each of the three maps in Among Us.

In the ‘Mira HQ’ map too, just head to the cafeteria as highlighted in the image below. 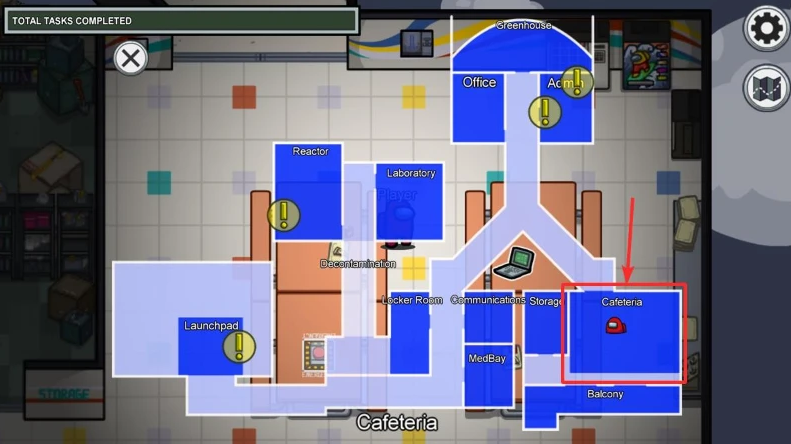 You guys will find the emergency button in the ‘Mira HQ’ map’s cafeteria as well.

In the ‘The Skeld’ map, just head to the cafeteria as highlighted in the image below. 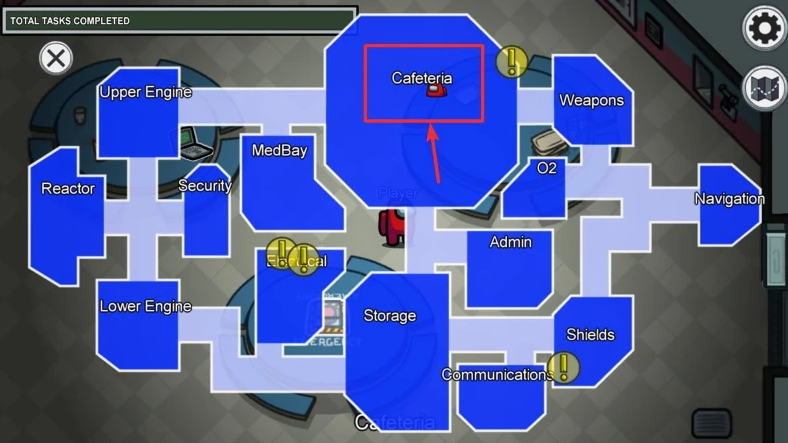 You guys will find the emergency button in the ‘The Skeld’ maps’ cafeteria as well.

In the ‘Polus’ map, you need to head to the Office as highlighted in the image below. 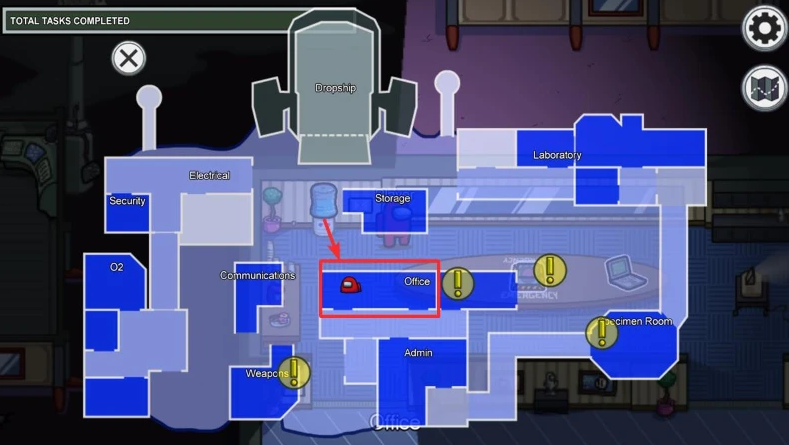 You guys will find the emergency button in the ‘Polus’ map’s office cafeteria.

What happens when we call an emergency meeting?

Either you or another crewmate can call an emergency meeting in order to bring crewmates together. If there is actually a suspicion regarding an imposter or you guys have caught them in the act.

Whenever you use the emergency button, the game actually goes on hold temporarily and all players must absolutely assemble together for a discussion and vote without even a choice in the matter. This is actually the only time during the game when players can actually communicate with each other verbally as well as textually.

When the discussion is over, then your meeting will go into the voting phase. This is when you guys have to either pick a player or skip the vote actually. An emergency meeting ends whenever the voting is done and either a player is ejected from the ship. That is based on the outcome or no one is because of a lack of consensus.

How long does the meeting last?

The duration of an emergency is actually dependent on the customizations made by the host. Meetings can also be set for as little time as 15 seconds and extended to as much as 120 seconds relying on the kind of game the host wishes to set.

Just like how the number of emergency meetings was set up, you guys have to click on the plus sign. In order to adjust the meeting time as well.

How many times can you use the button to call meetings in Among Us?

This is heavily dependent on how the host actually has customized the game. If you are a crewmate then you guys won’t be able to decide the number of times that you can use the button in order to call an emergency meeting.

The host, however, can also customize their game to allow crewmates in order to call meetings between one to nine times via clicking on the plus sign to increase the number. Users who actually join a random game will mostly find themselves. Along with only one chance in order to call for an emergency meeting.

Also See: Best Fmovies Alternatives You Can Use