Hearthstone received its new expansion, Ascension of the Shadows, on Tuesday (09). The content includes 135 unedited cards to the game, new mechanics and keywords, spells and footmen. In addition to buying cards in the game for gold, players can also purchase the Dark Offering, which offers seven new expansion packs, two bonus packs and an Arena ticket for $ 23.90. Novelty is available for PC (Windows and Mac) and Android and iPhone (iOS) phones. See below for details of the upgrade. 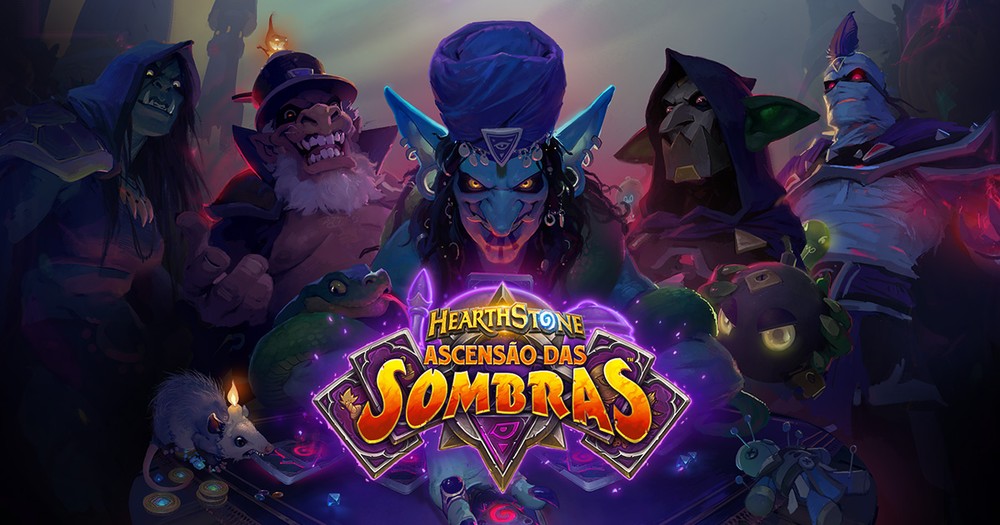 Players will be rewarded by logging into the game. Prizes include the legendary lackey Archmage Vargoth and new quests, which can grant up to 12 card packs (five of which will be from the Rise of Shadows). The offer, however, is for a limited time and the player must connect in the game until July 9, 2019, to redeem it.

The expansion also brought other novelties, they are lackeys (Servants), spells (Stratagems), keywords (Double Spell). In addition, a set of forbidden, omega, treasures, and repeatable cards are back.

Year of the Dragon

The update marks the farewell of the Mammoth Year and the arrival of the Year of the Dragon. Expansions such as Un’Goro’s Journey, Ice Throne Knights, and Kobolds & Catacombs are no longer available in packs of cards and their cards have come out of Standard game mode.

The Arena has also undergone some changes. Now, when building their decks in this mode, players can use cards from the following sets: Basic, Classic, Naxxramas, Whispers of the Ancient Gods, Gangs of Geringontzan, Witchwood, and Rise of the Shadows.

There is a new solo adventure scheduled for May. In all, there will be five chapters and the first one will be free. However, the other four could be unlocked for 700 gold each or purchased in a $ 19.99 package (about $ 77). At the end of a chapter, the player gains three packs of Shadow Ascension cards, plus the final reward for completing all five chapters.

See More: Call of Duty Mobile: See Requirements and How to Play