Apple has become the largest technology company in the world after almost disappearing in the decade of the 90s. The return of Steve Jobs turned out to be key for a company destined to the most complete failure to be reborn from its ashes thanks to the vision of genius for creating unique devices such as iPod or iPhone.

However, it is often difficult to get an idea of ​​how tremendous Apple is, both in terms of income and its value as a company. Apple was the first company in the world to reach a capitalization value of one trillion dollars, however after each presentation, there are voices that predict its imminent fall, that will not happen, at least in the short term. And this image reflects it visually so we can really understand how big Apple is.

Apple is This big

Our colleagues of how much have proposed to compare the value of Apple as a company with other companies, estates, and even countries and the result is what you have under these lines. 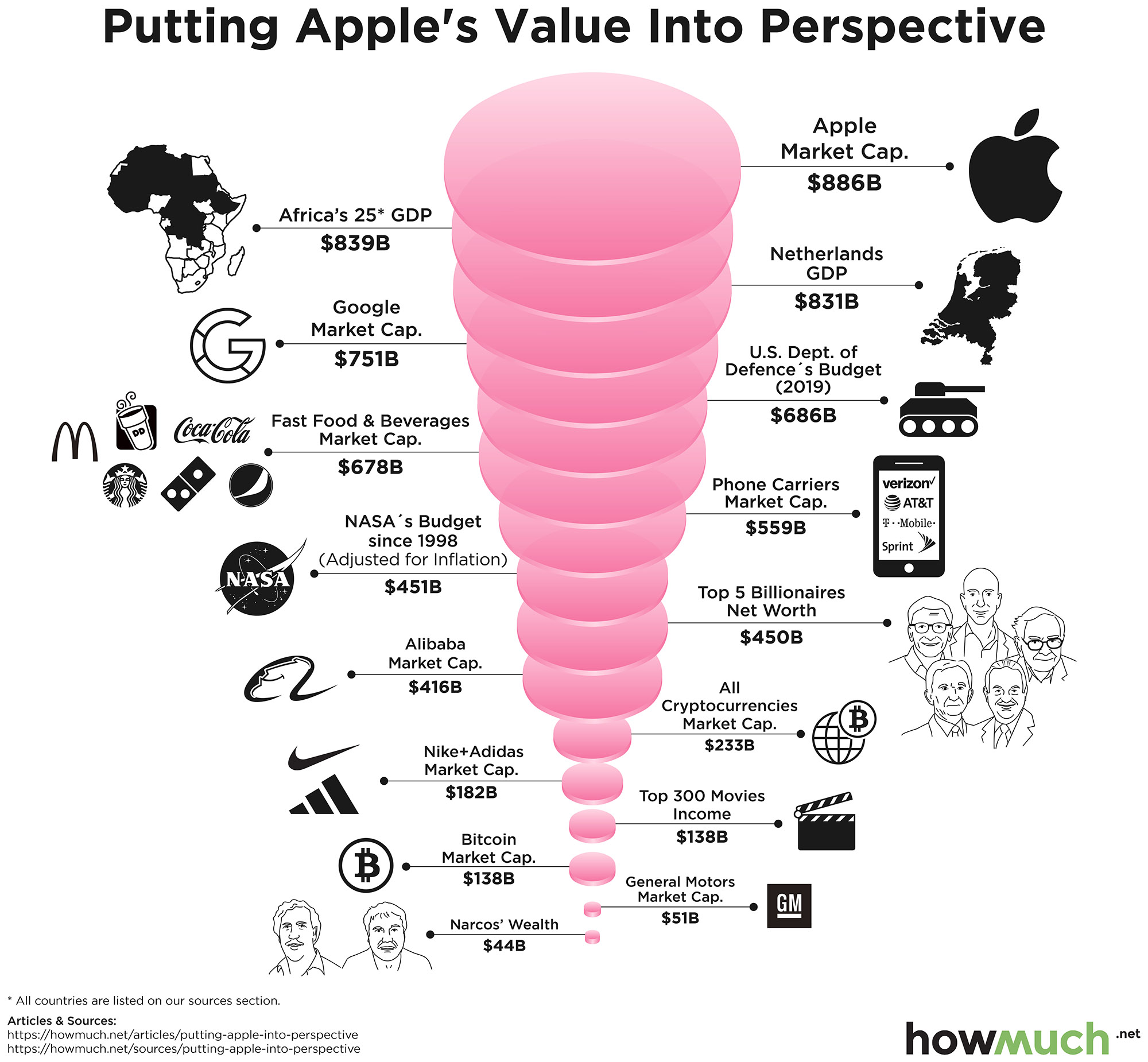 As we can see, you can see the greatness of Apple, which we can also summarize in some very curious points that will help us to understand how big the company of the bitten apple has become:

What is the limit of Apple? We really do not know, it is true that its current value is slightly lower than it was a year ago, but nobody knows what the future will bring. However, what is clear is that Apple is so big that it can not fall from one day to the next.

The company founded by Steve Jobs and Steve Wozniak has gone through many ups and downs throughout its long history, however, in recent years, its growth has been such that even lowers will remain a company with almost unimaginable market value, although this image and these data help us to position ourselves a little better.