Apple has the facility of a passcode on users’ iPhone and iPad devices in order to protect it from unauthorized access. It’s actually a great security shield for Apple users, however, it can also throw them in a whirlpool of trouble if they forget their iPhone or iPad Passcode. They will stick on the lock screen and can also do nothing with the device. In this article, we are going to talk about How to Bypass iPhone Passcode – Tutorial. Let’s begin!

If you forget or lose your iPhone or iPad’s passcode (or alphanumeric password) is a serious situation, however, not necessarily a disastrous one. In this tutorial, we will explain how to ‘hack’ or bypass the passcode, and then change it: you will have to restore your device, erasing its contents, but at least you will be able to use it again.

If you have a bit more confidence and a legitimate reason to want the access an iPhone for which you have not got the code. Then there is software that can help you guys in more sophisticated ways.

Finally, we cover the basics of removing or resetting the passcode when you have managed to access your iOS device.

hack an iPhone passcode is Legal or not?

Bypassing passcodes, generally speaking, are veering towards what we’d call the “black hat” (or legally questionable) side of tech support, but many folks forget their passcodes. In these instances, you will have to get around the code to use your own device. Nothing really dodgy about that.

If you are reading this page because you stole an iPhone and then discover it was lock, But, the police have already notified and are on their way as we speak. Well, perhaps not, but you will find nothing in order to help you in this article.

In order to change the passcode on an iPhone or iPad in the normal way, then you need the original passcode – which is not much help here. If you have not got the passcode, restoring and starting again is actually the best and simplest solution. This erases your personal data, but if you have got a backup you can restore it and it’ll be as great as new, except no longer protected by the passcode. 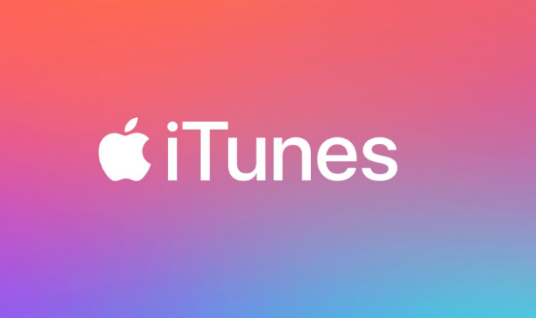 Try to restore the device from iTunes that needs a passcode, but you can restore it from Recovery Mode without one. This erases the device completely and installs the latest version of iOS from scratch.

Keep in mind that you will need the Apple ID and password that were use to originally set up the device. That’s the password for the Apple ID, of course, instead of the passcode for the device – they are two separate things actually.

Follow these steps in order to restore an iPad or iPhone from Recovery Mode:

Steps | how to bypass iphone passcode

Note that the above applies to macOS Mojave and earlier than that. If you have upgraded to Catalina, iTunes will have been removed from your system and then you will use Finder rather.

Our device will now be up and running as before but without a passcode. You may be asked to enter your Apple ID, depend on the version of iOS you’re running.

If you do set a passcode and you are also looking to delete it completely, after having access to your iOS device. Then you simply need to go into Settings > Touch ID & Passcode (or Face ID & Passcode), then click ‘Turn Passcode Off’.

Use forensic software | how to bypass iPhone passcode

Every so mostly someone discovers (or claims to discover) a technique in order to bypass the Apple passcode. This is most of the time a sort of ‘finger-tapping’ trick that enables the person to access something on a locked device: typically either Contacts or Messages. This is not hacking the passcode, it’s only bypassing it.

Forget the finger tricks you will see in YouTube videos. It is also possible to hack the passcode, but you need serious software if you want to do this. This is also a forensics software because law enforcement agencies use them when they are analyzing a mobile phone.

We actually tested Elcomsoft iOS Forensic Toolkit and also found it a reliable means of cracking an iPad’s passcode. The software is not available to the general public. And you will want to apply for a license (and show your credentials).

How does law enforcement unlock iPhones? | how to bypass iPhone passcode

iPhone passcodes actually hit the headlines in March 2016. Along with the news that the FBI had obtained an iPhone 5c used by one of the shooters in the San Bernardino terrorist attack (but owned by his employer). However, could not get past the passcode security. The Feds managed to get a court order instructing Apple to assist them and also break into the phone. Apple actually refused.

As the case progress, public opinion starts to turn against law enforcement officials. And the day before the Department of Justice was because of present its arguments. It announces that actually, they did not need Apple’s help after all. And that a third party had agreed to do the hacking for them. A week later the case was dissolved, and the FBI announced. It had opened up the phone without even Apple’s help.

Apple asked how they do it – arguing that if a security vulnerability was exploited this represented a danger to other iPhone owners and also needed to be patched. But the FBI refused to say anything, even when a Freedom of Information lawsuit was filed by a number of media organizations. A court subsequently ruled that these details were national security secrets and thus exempt from disclosure.

It is comforting for iPhone owners that Apple is so determined in order to protect their privacy. That it will stare down the might of the US government. However, worrying that someone has worked out how to bypass the security. And we don’t actually know who or how – it was initially reported that the Israeli firm Cellebrite bypassed the passcode. But the Washington Post later claimed that professional hackers used a zero-day vulnerability.

Can the Latest iPhones hack? | how to bypass iphone passcode

It was believed at the time that the method, whatever it was, they would not work on later models of the iPhone. The iPhone 5s and later have superior security and privacy features (the Secure Enclave) and Apple has also claims it wouldn’t able to break into these devices. Even if they wanted to. But that’s thrown in doubt by the news that US law enforcement later unlocked an iPhone 11 and an iPhone 11 Pro Max also. However, still carried on demanding that Apple give it backdoor access to the iPhone range.

It is an odd situation, but as TheNextWeb explains, it’s all about time and also money; it took the FBI two months to get into that iPhone 11, and also former director James Comey has implied. That it cost well over a million dollars in order to crack the iPhone 5c in 2016. In other words, unless the person hacking your handset is incredibly rich and/or incredibly patient. Your security and privacy should be assured.

Alright, That was all Folks! I hope you guys like this how to bypass iPhone passcode article and also find it helpful to you. Give us your feedback on it. Also if you guys have further queries related to this article. Then let us know in the comments section below. We will get back to you shortly.

Also See: How To Fix iPhone Error ‘Could Not Activate Mobile Data Network’