What do you know about Custom ROMs for Galaxy S7? Do you want to install a custom ROM on your Samsung flagship? Rather than trying each ROM and making the last judgment, here’s a complete list of Custom ROMs for Samsung Galaxy S7 and Galaxy S7 Edge. The list provides you a good idea of what each ROM offers and which one will suit them best to your needs.

Samsung devices come to equip with the Samsung Experience interface, which is known as TouchWiz. The interface is filled with amazing features, with proprietary apps, and features like Bixby, SPen, etc.

However, the users also appreciate the design of Samsung Galaxy devices and hardware it embeds. But not everyone looks to be a big fan of the software, which takes Bixby as an example. Consumers are already keen on turning of the Bixby feature fully.

Initially, there might be many reasons for you to install custom ROM on your mobile device. The current features might not actually seem enough or good to you. Or, you probably want some additional features. Everyone who selects to install a custom ROM has lots of reasons to do so.

Just go ahead and try every ROM available for the device, but that would be a lot of time and trouble. Here are some custom ROMs on the basis of three major aspects such as Battery & Performance, Features, and User Feedback.

After Android Pie knocking the doors, the LineageOS team has already started working while uploading all the sources and related modifications to Github.

As the development is only on the starting stages of Pie, don’t expect all the LineageOS-specific features to be present and working. When the official team combines new fixes, features, and modifications to the official Github, you will then view the same with these builds for the Galaxy S7/S7 Edge.

According to the manufacturer, all features work except for Camera and Camcorder that partially works. For example, the in-built camera UI in the Messenger app might not work. For now, you will need to externally take pictures/videos using the stock camera app and then share them over Messenger. Also, ‘HWcomposer’ can’t work at all in the current build.

LineageOS 15.1 is one of the famous, proffered and most popular custom ROM is the Android customization sub-universe. However, the official ROM is still in progress, Ivan_meler has taken benefit of the available sources and make a near-stable build for Galaxy S7 and S7 Edge users.

LineageOS 15.1 is the best custom ROMs for Samsung Galaxy S7/Galaxy S7 Edge considering its massive user-base. Officially, the ROM is still a work-in-progress and there’s no available timeline for when the official builds will be available. Rather than that, the current unofficial ROM is still a benefit by offering lots of amazing features and customization choices that Samsung wouldn’t normally enable in the stock Samsung firmware.

According to the manufacturer, there are two problems that you might expect – (1) Device-only GPS and (2) HW acceleration in video playback. Besides that everything else works smoothly and would suit an average user.

AOKP stands for Android Open Kang Project. It is an apparent custom ROM when it was first launched. AOKP also dodges the development scene, ignoring support for some Android models.

It is based on the LineageOS 16.0 tree and AOSP. Also, the ROM offers an amazing set of features that users might not find in the stock firmware. Rather than all the shining benefits, the ROM still organizes to be lightweight and free of any useless apps that can’t normally use day-to-day. Recently, the official team is still working on basing the custom ROM on Android Pie. With the some of source code that is available on Github, XDA member turbolukex5 has organized to compile a bootable build for the Samsung Galaxy S7 and Galaxy S7 Edge.

However, AOKP is built upon LineageOS sources, it carries over the same errors. It means Device-only GPS and video playback HW acceleration is still not working. Despite this, everything else looks flawless. For users looking out for a lightweight ROM that offers essential customization abilities. AOKP consider as one of the best custom ROMs for Samsung Galaxy S7/ Galaxy S7 Edge.

Resurrection Remix is also a rising custom ROM with some amount of features and customization choices. It also gained a significant boost in user-base as it is one of the few custom ROMs that is based on Android 8.1 Oreo.

The official development team has already initiated rolling out official Resurrection Remix 6.2.1 ROM for a shortlist of devices. It supports the Galaxy S7 and S7 Edge is yet to be presented, but that wasn’t an issue for the developer. He resolves the source and makes a fresh set of RR 6.0 builds for the devices. However, the ROM is still in development and many features are yet to be polished.

Resurrection Remix 6.2.1 also runs a near-AOSP UI using Trebuchet as the pre-installed launcher. However, the launcher also views a major shift in terms of features and designs, that are quite similar to the original Pixel 2 launcher. Head over to the settings, the “Configurations” tab is where all the magical stuff resides. Also, customizations are ranging from status bar icons, alerts and QS panels, Recents screen, to lock screen, animations, navigation buttons, and gestures are present. Resurrection Remix 6.2.1 is no doubt one of the best custom ROMs for Samsung Galaxy S7 and S7 Edge and is best suited for users that are looking for intense customizations.

Another one in our list of custom ROMs is Pixel Experience. Well, the custom ROM compatible with more than 66 various other devices from different OEMs, officially.

Successfully, XDA member turbolukex5  ported Pixel Experience to the Samsung Galaxy S7 and S7 Edge. However, it is based on Android 9 Pie. The ROM has a complete package of Google Apps and all the Pixel-specific goodies. Also, it includes the Pixel 3 Launcher, wallpapers, icons, fonts, boot animation, and much more. Pixel Experience is free of any extra features or customization choices.

If you ever wanted to get the Pixel-like look on your Mi A1, then ‘Pixel Experience’ can be your go-to ROM. Users claim that the battery life is fabulous and the Pixel-specific apps and features just make it better.

The Galaxy Project is another best custom ROMs for Samsung Galaxy S7 and Galaxy S7 Edge. It is based on stock Samsung Experience firmware. The manufacturer has done an amazing job for users who like the stock Samsung ROM. Basically, it comprises the stock features minus (-) the excessive bloatware.

The ROM comes with mandatory root techniques (SuperSU & Magisk). It could be chosen during the time of flashing itself. The Samsung Galaxy Project also comes with an AROMA installer that turns on you to select and installs various apps and features during the ROM installation. That newest build is based on Android 8.0 Oreo-based stock Samsung Experience firmware (ERJE).

The developer also offered a CSCs selection for both SM-G930 and SM-G935.

LightROM is the last one custom ROMs for Galaxy S7 and S7 Edge users who admire the stock Samsung interface and experience. It is light and trimmed down custom ROM that signifies the name.

The ROM also focuses the stability, performance, and battery life. However, it uses the AROMA installer to help you to select between different changes. It includes zipalign, de-odex, Magisk root, custom kernel, and much more. The recent launch is based on Samsung Experience 10 (build ERJE) which is based on Android 8.0 Oreo. For those users who are looking forward to the stock UI experience, with a list of customization choices to select from should definitely try LightROM.

LightROM is good for users who want to stay as close to stock Samsung Experience as possible, using the right to add custom ROM-like features that use the dedicated add-on. Here is the download link for the same. Simply, flash the addon zip when the ROM and select what you like from the available list of mods.

So that’s all, here is a list of best custom ROMs for Galaxy S7 and S7 Edge. We have tried and collect the best possible list for our beloved readers. If you think that we missed any of your favorites, then let us know by commenting below. We will surely put it up on the list. 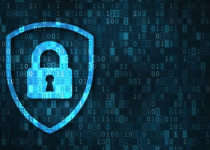 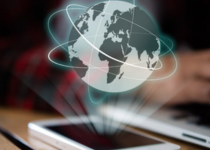