Apple introduced last October the third generation of the iPad Pro, which implements major changes compared to previous versions that make it especially interesting. The most are the design change, with thinner edges and the implementation of Face ID for having removed the physical start button. The other is the new Apple Pencil, which is loaded by induction on one of the sides and has slightly renewed its appearance.

But this change in design has caused many of the accessories that worked in the previous versions were not compatible with this third generation, such as covers and keyboards. Logitech is one of the manufacturers that offer more options for Apple devices, so they were expected to present a keyboard from one moment to another. However, nobody thought that it would take so many months to announce it, although it has finally shown the Slim Folio Pro for the iPad Pro 2018.

The Apple Smart Keyboard Folio is the keyboard par excellence for the iPad Pro, but its sins in functionality, design, and price; its keys are not backlit, it does not cover the edges and costs about 200 euros depending on the size of the tablet. The Logitech Slim Folio Pro surpasses it in all aspects.

Also See: How to make a backup in iTunes with MacX MediaTrans

To start it feels like a real keyboard, another of the complaints of Apple because they have a touch and “strange” mechanism. It is backlit, perfect for low light situations and has function keys:

The casing covers the corners of the tablet, which will no longer be exposed to possible impacts. In addition, it has a magnetic loop with a compartment for the Apple Pencil 2 that will keep us safe from scares. Finally, a comment that has three positions, two of them also present on the keyboard of Apple and a third perfect to draw or write with the stylus.

Also See: You can now reserve Pixelmator Photo for iPad

To put a snag, which does not use the smart connector, but connects via Bluetooth. The good thing is that the estimated duration of each charge is three months, enough to be carefree of the keyboard battery. 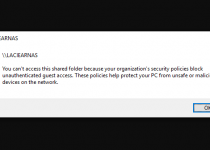