The Moto G7 and the Galaxy A6 Plus are two phones that share common points, such as the intermediate data sheet and the dual camera. Despite the similarities, smartphones rely on differences like the screen with notch and processor. Check out the comparison between Motorola and Samsung phones. 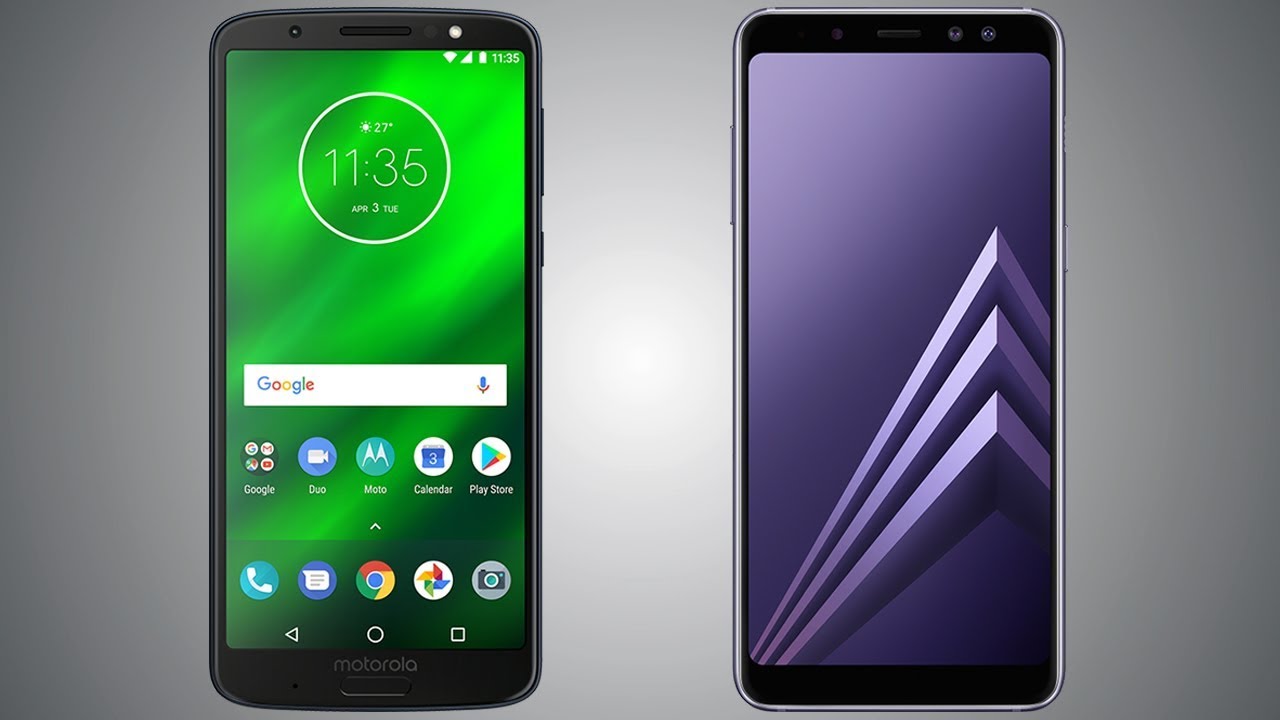 Both cell phones follow the trend of elongated bodies, which may be ideal for reading texts, for example. The Moto G7, however, is the only one that features a notch in the shape of a drop of water, while the Galaxy A6 Plus follows with larger edges at the top of the screen.

The G7 also has a larger screen, 6.24 inches, versus the Galaxy’s 6 inches. In both cases, the resolution is Full HD +.

The dual camera is present on both phones. This means that both feature Portrait Mode support, which keeps the protagonist in focus while the background remains blurred.

The Moto G7 set consists of two 12 megapixel and 5 MP sensors with apertures of f/1.8 and f/2.2, respectively. The cell phone camera took good quality photos during our tests, despite the slowness. On the Galaxy A6 Plus are two sensors of 16 and 5 megapixels (f/1.7 and f/1.9). The set is expected to take good pictures even in darker environments due to the lens aperture.

As for selfish, Samsung’s cell phone tends to take advantage of the resolution: they are 24 megapixels of the Galaxy A6 Plus versus 8 MP of the Moto G7. The South Korean smartphone still has a flash on the front.

Both phones have intermediate technical datasheets, which should be ideal for day-to-day tasks, such as access to social networks, and lighter games. The Moto G7, however, tends to take advantage of performance thanks to the Snapdragon 632 processor (octa-core up to 1.8 GHz), which in theory is faster than Snapdragon 450 (octa-core up to 1, 8 GHz) of the Galaxy A6 Plus.

Cellphones equate to RAM and storage of 4GB + 64GB in both cases. They even have support for microSD cards.

The Moto G7 features a 3000 mAh battery. During the Trendsfnatic tests, the component lasted 15 and a half hours away from the heavy-duty sockets. Your smartphone still has support for the TurboPower Rapid Charger.

The Galaxy A6 Plus, on the other hand, offers bigger battery, of 3,500 mAh. According to Samsung, the component is sufficient for up to 14 hours of Internet access via 4G.

Both phones have Android 9 (Pie) available. The difference is in the system: while the Moto G7 has few modifications, the Galaxy A6 Plus brings the manufacturer’s interface with its own resources. Among them are the Secure Folder and Dual Messenger.

Announced in February 2019, the Moto G7 arrived in Brazil with the suggested price of R $ 1,599. Currently, the smartphone can be found for about $ 1,200 in e-commerce, according to Compare TechTudo. The Galaxy A6 Plus is a cell phone from May 2018. Announced for $ 2,099, the phone is now available for about $ 1,500. It is worth remembering that the values ​​are subject to changes since they refer to the lowest prices found by the comparator until the date of publication of the article.

Moto G7 and Galaxy A6 Plus spec sheet